The Texas Progressive Alliance marks 50 years of Pride with its LGBTQ brothers and sisters. 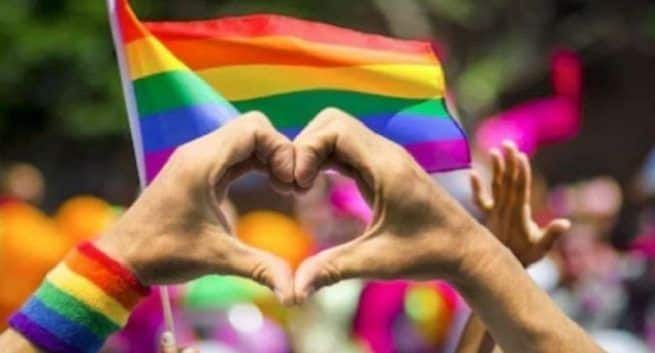 The first pride parade was a riot.

The Stonewall riot of 1969 earned the badge as the turning point in the modern gay rights movement. And as such, June - gay pride month - is in full swing. An annual reminder of the struggles as well as celebrations of the fight for equality, it's only fitting to mark the 50-year anniversary with a a touch of pride and a humble yet necessary recognition of the power to rise above adversity.


Houston events this week listed here.and also here (slideshow).  Dallas celebrated the first weekend in June, but Tarrant County is rolling this weekend.  San Antonio goes the last weekend of this month, and Austin will wait until August.

The Texas Tribune, in partnership with the University of Texas, released their poll of Lone Star voters regarding Trump's re-elect numbers, and the Democrats running to face him next year.

Half of the registered voters in Texas would vote to reelect President Donald Trump, but half of them would not, according to the latest University of Texas/Texas Tribune Poll.

“That 50-50 number encapsulates how divisive Trump is,” said James Henson, who runs the Texas Politics Project at the University of Texas at Austin and co-directs the poll. But, he added, the number is not necessarily “a useful prediction for an election that’s 16 months away.”

“The most interesting and more consequential thing, this far out, is that amongst independents, 60% say they will probably or definitely vote for somebody else,” said Joshua Blank, manager of polling and research for the Texas Politics Project. “Overall, Texas independents tend to be more conservative than liberal and tend to look more like Republicans than like Democrats ... and things have gotten worse among independents.”


There was news from the SCOTUS this morning regarding partisan gerrymandering, but the Virginia case was not conclusive.


The U.S. Supreme Court ruled Monday that Virginia’s House of Delegates did not have standing to represent the state’s interests in a racial redistricting case. https://t.co/l5KeXYYUiw #SCOTUS #gerrymander pic.twitter.com/KSAHNOatvq
— The Master's Conference™ (@MastersConf) June 17, 2019


A decision in another case, with potentially nationwide effects, should be coming soon ...


There are 2 weeks left in the #SCOTUS session, so a partisan #gerrymandering decision is coming soon. If the Court strikes down the maps in NC, it would reshape future redistricting nationwide and keep politicians from choosing their own voters. #fairmaps https://t.co/cvbcSwkAv3
— Campaign Legal Center (@CampaignLegal) June 17, 2019


... as well as the justices deciding whether there will be a citizenship question added to the US Census.  Which, as FiveThirtyEight posits, may result in Texas losing a Congressional seat.

In a matter of days, the Supreme Court may dramatically change the census. The court is slated to rule on whether the Trump administration can add a question about citizenship to the 2020 form. When the case was argued back in April, many court-watchers predicted that the court’s five conservative justices were ready to side with the administration. The proposal sounds innocuous enough, but social scientists and civil rights advocates worry it will deter vulnerable populations — particularly undocumented people, other immigrants and their families — from answering the census. If that happens, many people from these groups will be at risk of not being counted and huge swaths of American life will be affected. The results of the count determine everything from where grocery stores are placed to how congressional representatives are distributed.


News about 2020 Congressional races captured Texas bloggers' attention, with the Texas Signal following up on former Rep. Allen West's apparent pre-announcement that he will enter the Republican Senate primary against John Cornyn.  Gromer Jeffers at the Dallas News ponders the possibility of state Sen. Royce West joining the race for the Democratic nomination (a rumor this blog heard two weeks ago).

West has not spoken publicly about his plans and has shrugged off questions about the timing of his decision. But he's been making the rounds in party circles, getting pledges from colleagues in the Legislature and testing whether he can raise the money needed not only to get past (announced Democratic candidate MJ) Hegar, but also beat Cornyn.


Gadfly doesn't think West will do it.  Meanwhile, Kuff throws a hissy fit at national writers who are clueless about which Democrats are running against Cornyn (which is comical, considering his own stubborn refusal to acknowledge declared candidates).  Vox has a piece about Henry Cuellar's primary challenger from his left, and the HouChron covers Lizzie Fletcher's GOP contenders.

Many Texans lost their minds over the news that the family owners of Whataburger would sell out to  a Chicago investment bank.


Ok, I say we all chip in and buy Whataburger back. Make honey butter chicken biscuits available all day, add kolaches to the menu and change nothing else. Especially not the ketchup. https://t.co/HadutHXJ9l
— JJ Watt (@JJWatt) June 14, 2019


Latino Rebels writes about the thousands of asylum-seekers being 'metered' at the border, and Bob Moore at Texas Monthly reports that conditions at one facility in El Paso where migrants are detained are a "human dog pound".

The Houston Chronicle and San Antonio Express News' six-part investigative series, 'Abuse of Faith' -- about the hundreds of sexual abuse cases by Southern Baptist clergy, employees, and volunteers -- was completed two weeks ago, but a recent coda had to be added for Grace Baptist Church pastor Stephen Bratton of Cypress Station.

(Bratton) was charged Friday with continuous sexual abuse of a child, Senior (Harris County) Deputy Thomas Gilliland said Saturday. The 43-year-old is accused of inappropriate touching that escalated to “sexual intercourse multiple times a day or several times a week” from 2013 to 2015, Gilliland said.


Texas Standard reveals that the 'dead zone' in the Gulf of Mexico -- produced by fertilizer runoff from the Mississippi River that depletes oxygen levels and suffocates marine life -- is on track to be one of the largest ever. 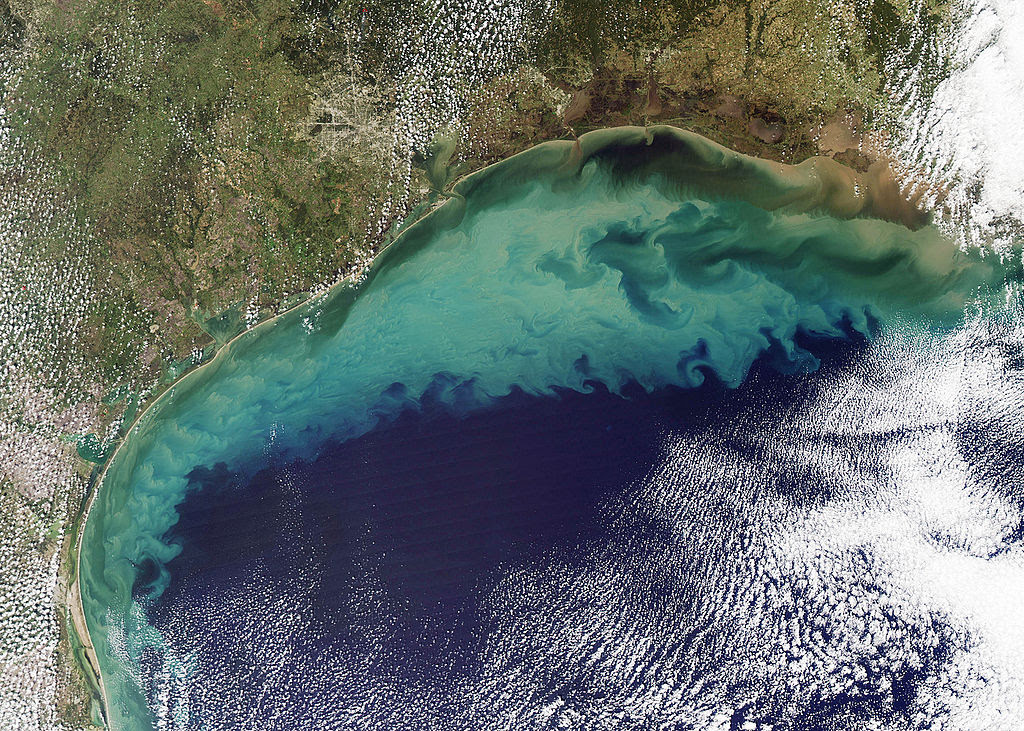 Christopher Collins at the Texas Observer notes a Fayette County hospital is in danger of shutting down after local anti-tax activists successfully defeated its public funding mechanism last week.

If St. Mark’s (Medical Center in La Grange) closes, patients will have to travel 20 miles to Smithville or 26 miles the other direction to Columbus to find the next nearest emergency rooms.


SocraticGadfly, through words and pictures from his many trips there, celebrates the 75th anniversary of Big Bend as a national park.

David Collins updates on Texas Green Party developments after their state meeting in Killeen recently, with an eye toward the 2020 statewide elections.

And tributes poured in for Texas author Bill Whitliff after his passing was reported.

Bill Wittliff, the writer known for the acclaimed 1980s miniseries “Lonesome Dove” and feature films such as “The Perfect Storm” and “Legends of the Fall,” died Sunday. He was 79.