In the Dallas and San Antonio mayor's elections ... 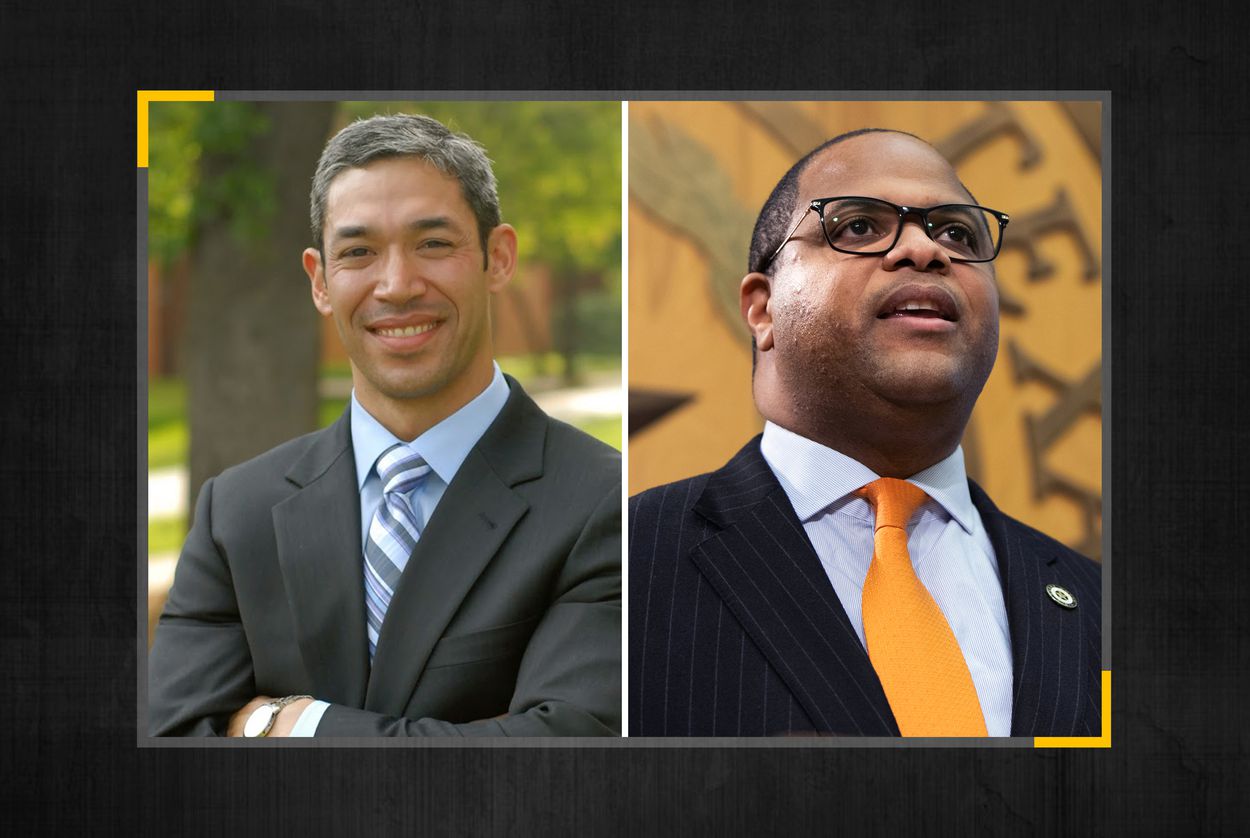 A special election will be needed to fill Johnson’s unexpired term (in the Texas House). It will likely coincide with the November constitutional amendment election.

San Antonio Mayor Ron Nirenberg narrowly defeated council member Greg Brockhouse, 51%-49%. Nirenberg led Brockhouse by 2,775 votes after early voting, which meant Brockhouse needed about 55% of the Election Day vote to overtake the incumbent. For a couple of hours, Brockhouse was at 52%-53% of the vote on Election Day, but late-counted boxes favored Nirenberg, preserving his re-election bid. Turnout citywide was 15.4%.


Iris Dimmick at the Rivard Report writes that Niremberg will have to patch things up with his city's firefighters (a familiar refrain to H-Town voters).  Sanford Nowlin and Jade Esteban Estrada at the San Antonio Current have the full and revealing backstory on Niremberg's close call.  And Stephen Young at the Dallas Observer laments the passing of the progressive era at Big D's city hall.

With the Houston municipal elections now in the spotlight, there were several developments. 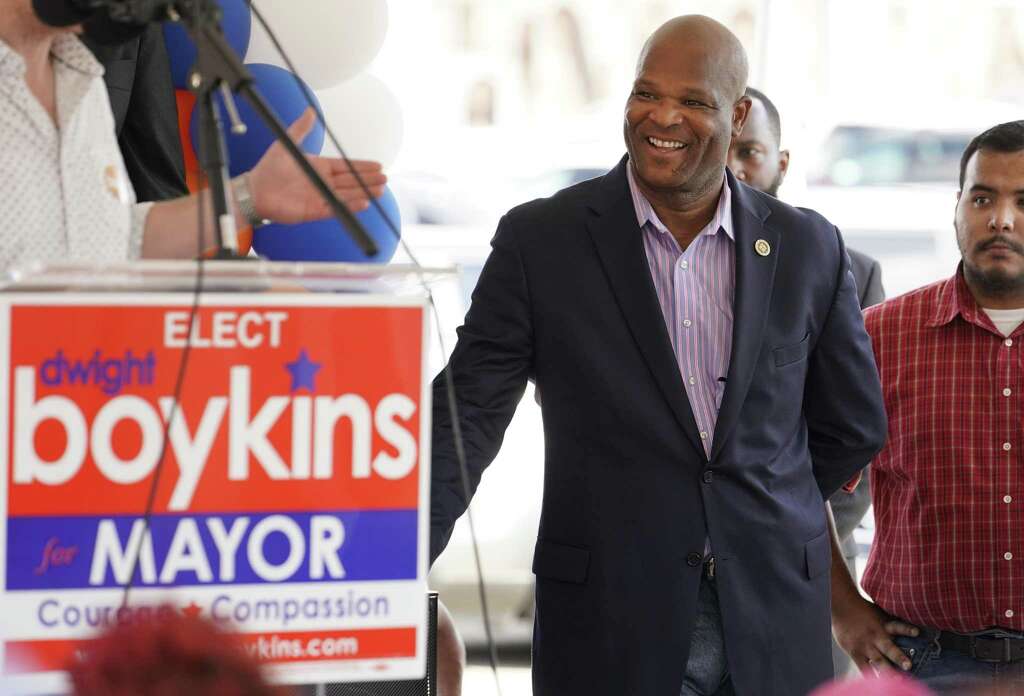 The kickoff capped what amounted to a week-long tease of Boykins’ candidacy. First, a campaign website surfaced last weekend, then swiftly disappeared. Boykins then filed a report with the city secretary designating a campaign treasurer, on which he indicated that he would seek the office of Houston mayor.

Finally, the Houston Professional Fire Fighters Association on Thursday endorsed Boykins. The union backed Turner during the 2015 campaign, but their relations with the mayor have soured during his first term.

Marty Lancton, president of the fire union, told the crowd Saturday that Boykins “is not afraid to call out any injustice, especially when it comes to public safety. He said too many politicians “claim to love firefighters, then stab us in the back at City Hall.”

Also backing Boykins at his kickoff was state Rep. Mary Ann Perez, a Houston Democrat who served with Turner in the Legislature. She said she would “stand by (Boykins’) side until this is done.”

“I know when he becomes mayor, he's going to stand up and fight for each and every one of us,” said Perez, whose son is a Houston firefighter. “I know there is a difference between a politician and a public servant. And Dwight Boykins is a public servant."


The Chron's op-ed board declared that Boykins will need more than the firefighters to win.

America’s fourth-largest city is at a turning point. It’s a city with deep debts to immigrants at a time when immigrants are under fire. It’s a city known as the energy capital of the world at a time when climate concerns threaten old business models. We’re a city still recovering from Harvey, and eyeing this hurricane season warily.

In short, anyone running for mayor of Houston in 2019 ought to have a soaring vision and a tight grip on the tools needed to achieve it.

All (of the) candidates have the same task: To state clearly and with all the imagination and smarts available where they’d take this city over the next four years.


John Coby is amused that the firefighter's union has kicked Buzbee to the curb.  As Kuff has somewhat churlishly noted, Boykins was a 'no' on the HERO vote a few years ago.  With the HGLBTQ Caucus already firmly in Turner's corner, the strength of their mobilization effort versus whatever the anti-Sly vote may be among Houston's black communities will be the storyline to track.  The Texas Signal adds a little drama, including the name-dropping of former At-Large CM Sue Lovell, who is mulling a jump into the fray for mayor.

Relative to Boykins dropping out of a re-election bid for his District D city council seat, rapper Scarface aka Brad Jordan has declared his intentions to run for it.

Though the Lege is adjourned until 2021, the cabrito entrails are still in need of interpretation.

The Texas Tribune is touring the state with a series of post-session events recapping the major policy debates of the 86th Texas Legislature, and what they mean for Texas’ largest cities and surrounding communities.

Join their video conversation later this morning about health care, public education, taxes, immigration, spending and other consequential matters with Rio Grande Valley-area legislators, including state Sen. Chuy Hinojosa and state Reps. Bobby Guerra and Oscar Longoria. The conversation will be moderated by Evan Smith, co-founder and CEO of the Tribune.


Asher Price at the Lubbock Avalanche-Journal explains why Greg Abbott vetoed a domestic violence bill that was passed unanimously bu both the Texas Senate and House.  Abbott, as several state and national media outlets reported, was behind the voter purge that resulted in his cabana boy SOS, David Whitley, being rejected winding up back on his staff with a raise.

Jen Rice at HPM talks to Houston's flood czar, Steve Costello, who says that ending residential development in the 100-year flood plain is "not going to happen".

(Texas A&M professor Sam) Brody said other flood-prone areas around the world like the Netherlands are planning for 10,000-year storms. In Houston, officials are still allowing new construction in the path of a 100-year storm.

“I’m often the butt of jokes in meetings all over the country,” Brody (the lead technical expert on Gov. Abbott's Commission to Rebuild Texas) said.


Kuff has his usual "it's too early" about that Quinnipiac poll showing Creepy Joe Biden ahead of -- and Elizabeth Warren, Bernie Sanders, Beto O'Rourke, Pete Buttigieg, Kamala Harris, and Julian Castro all statistically tied with -- Donald Trump in Texas.

Kate McLean, for the Houston Press, ponders the questions Pearland ISD continues to face about dress codes and race relations in its schools.

The Lunch Tray looks forward on its ninth birthday.

Participating restaurants will offer fixed menus at an affordable price. Casual diners will offer 3-course meals starting at $15 and upper scale places will have meals start at $35. They’ll offer a range of cuisine from Peru, Argentina, Puerto Rico and other Latin American countries.