This week's Texas Progressive Alliance roundup of lefty news and blog posts begin with two things that could happen that would improve the lives of Texans at large, and correspondingly Texas Democrats ... which is why they won't.

Stephen Young at the Dallas Observer sees one thing Texas Republicans could do that would give more than a million Texans some insurance coverage.

Despite their elected officials' position, the majority of Texans support Medicaid expansion, according to a June poll from the same group that published Friday's report, the Kaiser Family Foundation. Sixty-four percent of Texans, according to the poll, believe that the state should accept federal cash to expand the low-income insurance program, with the same percentage agreeing that the state is "not doing enough to help low-income Texas adults get health care."


As with automatic voter registration, Medicaid expansion is simply not going to happen without a substantial increase in public pressure on our lawmakers.

Some Republicans have used the specter of foreign hacking of digital voter registration databases as evidence that (automatic, online registration) would be too risky, even though the Texas secretary of state’s office has testified to the contrary. In May, a federal judge in San Antonio ordered Texas to allow drivers who are renewing their driver’s license online to also register to vote. The Texas Attorney’s General Office has appealed the decision, hoping the conservative Fifth Circuit Court of Appeals will give a more favorable ruling.

State Senator José Menéndez, a San Antonio Democrat who filed an automatic voter registration bill in 2016, says resistance to voter expansion policies comes down to fear. “I think it’s about politicians who are afraid of more people getting involved in the process. They want to deal with the same people they always have.”


And there you have the reason why Democrats running for office in Texas feel they must chase Republican votes: because the size of the Lone Star electorate is so severely constricted by the monopoly political party in power that Texas Democrats' efforts to recruit new voters are a scattershot of short pisses into a stiff headwind.

Stimulating increased activity from registered but mostly inert, i.e. presidential election-year Democrats with policies and candidates that would support working-class men and women (and those living below that class) remains an elusive strategy for the paid political consultants advising campaigns that mostly rely on unpaid volunteers.  It's a Catch 22 spiral downward; as the population of the state grows, as Texas becomes more diverse -- in fact becomes a majority-minority state -- its electorate  isn't keeping up ... and its electeds are not representative of the people at large.

Relying on pollsters for some glimmer of hope for Texas Democratic candidates is probably a fool's errand, but that doesn't stop Kuff from reviewing the prognosticator projections for Texas' Congressional races.  Nor does it slow down Ted at jobsanger, who would simply have nothing to blog about if the political polling industry were to suddenly collapse under the weight of its illusions.  Like tea leaves and goat entrails, the guessing games that some people are paid to play for the masses are a charade that even the not-so-gullible enjoy watching.

In a few Capitol-related developments:

And Ross Ramsey at the TexTrib explains how Greg Abbott is cementing Rick Perry's legacy of consolidating power in the governor's office.


Sanford Nowlin at the San Antonio Current frets about the sorry state of the Alamo City's media.

And several pieces of environmental news were blogged ...

Greensource DFW believes in the recent research that suggests there's a microscopic solution to the macroscopic plastic pollution problem.

In 2006, then-Dallas Mayor Laura Miller teamed up with Houston Mayor Bill White and organized a coalition of Texas local governments to oppose the “fast-track” permitting of a dozen new coal plants Governor Rick Perry was pushing.

15 North Texas cities, Houston, and McLennan County (Waco) established the “Texas Clean Air Cities Coalition” to fund a legal team and the technical expertise needed to take on not only the big utility companies, but Perry and the State of Texas as well.

But before the battles could begin, a settlement was reached that cancelled all but one of the coal plants. The approximately $500,000 raised by the Coalition to wage clean air war was not needed now. Instead of reimbursing the separate contributors, it was kept in total by the Coalition, possibly because it had already been budgeted to “protect Texas air.”

And there it has sat ever since. With each new election cycle, the number of local elected officials who knew about the fund got smaller and smaller, until there was hardly any institutional memory of the Coalition or its half-million dollar fund left at all.


Offcite becomes the latest blog to take the "Toxic Tour" of east Houston neighborhoods (Manchester) and small communities (Galena Park), still living under the oppressive yoke of some of the worst refinery pollution in the United States.  In Corpus Christi, Naveena Sadasivam at the Texas Observer reports that the minority neighborhood of Hillcrest is finally getting some relief, though not from the cessation of the fouling of their air and water by the petrochem giants there, and with some mixed feelings about leaving. 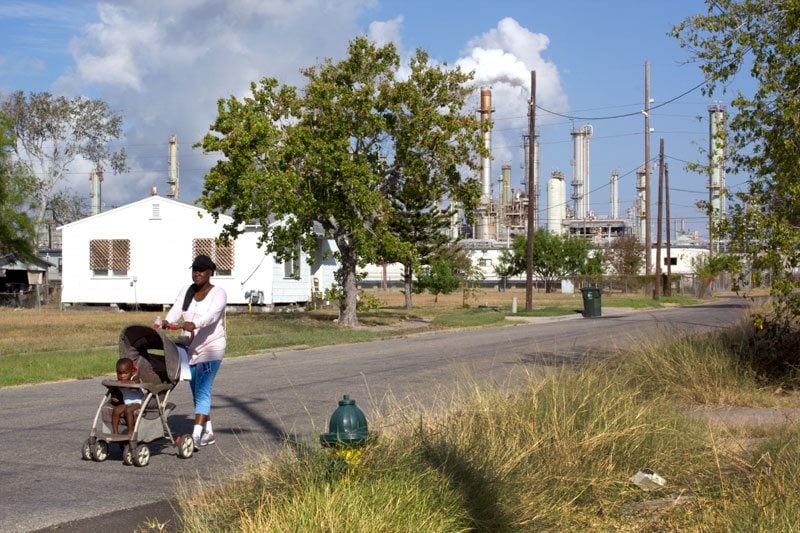 Grits for Breakfast chides liberals in and out of Congress for allowing the perfect to be the enemy of the good with respect to the FIRST-STEP criminal justice reform bill.

Renaming his blog, Neil at You Need To Act Right Now detailed some steps he is taking to defeat Trump and his associated wickedness.

SocraticGadfly talked about how the latest animal research seems to partially refute some ideas of Elizabeth Loftus' claims about how memory can operate.

Last, Elise Hu bids adieu to her house in Austin.
Posted by PDiddie at Monday, July 16, 2018

From my time in Dallas, specifically the Best Southwest burbs, I bloggingly, and editorially, supported this effort.

That said, in the past, Downwinders itself had a bit of an ethical dance partner problem