The Texas Progressive Alliance would rather be taking in a baseball game than covering the Lege with this week's lefty blog post roundup.

Off the Kuff has a bunch of updates about various Texas voting rights-related lawsuits.

SocraticGadfly took note of the centennial of American entry into World War I and noted why, in detail, we never should have gotten involved.

The 59-Tomahawk Tweet Trump sent to Syria isn't paying off in polling dividends just yet, according to PDiddie at Brains and Eggs, and jobsanger sees the Syrian bombing as a publicity stunt.

Neil at All People Have Value commented on the Republican universal access plan for basketball. APHV is part of NeilAquino.com.

Texas Leftist thinks the GOP is cracking up.

In Lewisville, the Education First High School Year Exchange and their good works are acknowledged by participants in the Texan Journal.

More blog posts and news from around Texas!

The Texas Observer, on the scene at the #Megamarch for immigrants rights in Dallas yesterday, saw Joaquin Castro and Beto O'Rourke and thousands of others. 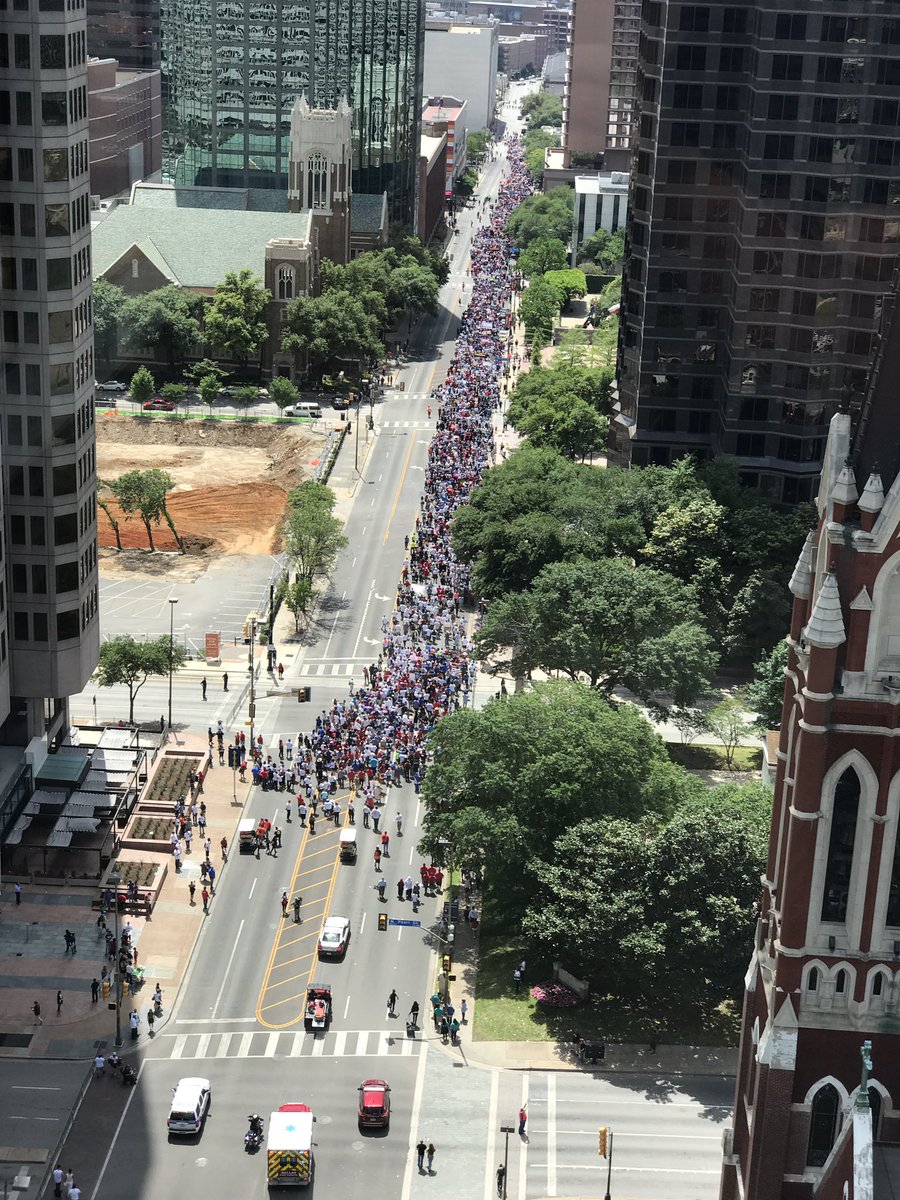 Meagan Flynn at the Houston Press recorded five highlights from the 15-hour debate over the state budget in the Texas House last Thursday.

Texas Freedom Network's Dan Quinn celebrated the defeat of Dan Patrick and school vouchers in the House, but despaired that the assault on women's health goes on.

Raise Your Hand Texas introduces us to Mr. Voucher III: The Frankenvoucher.

PoliTex (the Fort Worth Star-Telegram's blog) rounds up a few Lege items, including one state lawmaker whining about politics stalling his effort to outlaw abortions in Texas.

Burkablog reported on Hillary Clinton's keynote speech at the Annie's List fundraiser luncheon in Houston, where she gave unqualified support to Trump's missile attacks in Syria.

Lila Mankad explains why the Legislature should let cities regulate plastic bags if they choose to.

Michael Li has the latest updates in the Texas redistricting litigation.

And CultureMap Houston and Houston Streetwise collected some snapshots from the Art Car Ball and Parade.