The West Wing is a poor model for the Democratic Party

While my rant on Houston's criminalization of the poor simmers (Marialuisa Rincon at the Chron has the latest, and there will be another hearing this afternoon at Bagby, assuming weather permits), this piece by Luke Savage at Current Affairs crystallizes some of my thinking about the callous breed of Donkey we have here on Houston city council and elsewhere across Texas.  (Sam DeGrave at the Texas Observer has tuned in to this neoliberalism in recent days as the Blue Dogs have resurfaced at the Legislature.) 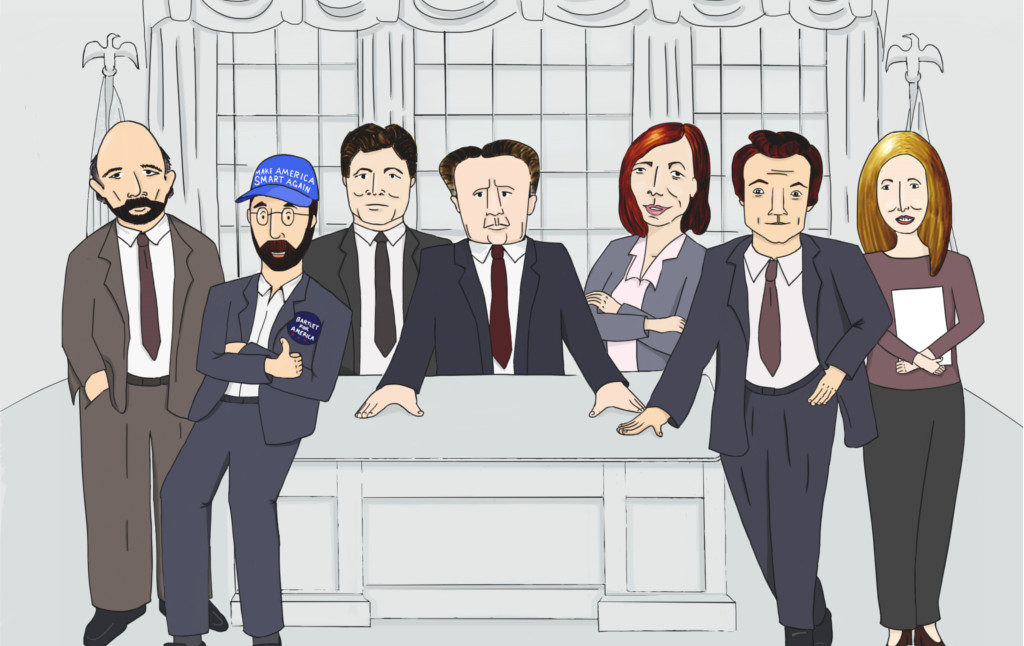 I'd like to excerpt long but you'd need to be familiar with The West Wing to a greater degree than I am, so let me begin and end with the following sentence, which explains more about Democrats' ineptitude in fewer words than I have read anywhere:

“The belief that politics is about argument rather than power is likely a symptom of a Democratic politics increasingly incubated in the Ivy League rather than the labor movement.”


Boom and thud.  Read the whole thing.  I wasn’t a West Wing watcher -- I spent the Aughts working nights and watching Sopranos when I had time and energy left to watch teevee -- but I am not a fan of fantasy politics anyway.  (House of Cards is a non-starter for me also.)  Had I understood the show was all about the neoliberals reinforcing the duopoly I would have gotten disgusted and abandoned it quickly anyway, but I may be speaking in my current state of mind and not the one I was in ten years ago, as a Democratic activist slowly becoming disillusioned with corporate conservative Dems and their political consultants.  We didn't call them neoliberals then; they were 'Lieberman Democrats' and such.  But they've always been with us: from Sam Nunn and Scoop Jackson all the way back to Harry Truman.  Even JFK and LBJ were war-hawking neoliberals, no matter their devotion to domestic social engineering.  Some would say the Cold War times demanded that.  But the Democrats did manage to nominate a peace advocate in George McGovern ... and they still live with the terror of that defeat to this very day.

You never hear anybody say "I'm afraid we might be Gore'd", or "Hillary'ed", do you?

The Democrats have repeatedly demonstrated their worthlessness to working people, poor people, people who want affordable healthcare and not just affordable health insurance (take note that the two leading Texas Ds for US Senate in 2018 still have not signed on to Medicare for All), people who want less war, more clean air and water, are in support of women's reproductive rights and LGBTQ rights and immigrants rights and all the rest.  And the sooner that Democrats who want those things to come to reality -- and not just to hear words favoring those things spoken and no action taken -- realize they've been had, the sooner we can get started on changing this political system for people at the bottom rather than the top.

Of course, between a warming planet and North Korea we may be short on time.
Posted by PDiddie at Tuesday, April 18, 2017