The Texas Progressive Alliance's favorite week of the year -- the NCAA national championship game coinciding with MLB's opening day, and other sporting events on tap through the weekend -- has us buying some peanuts and Cracker Jack as it brings you this week's roundup. 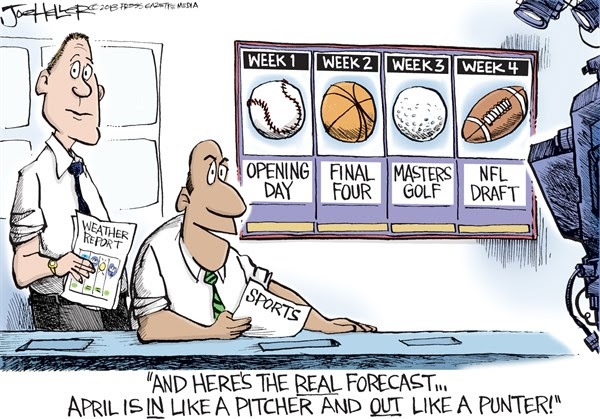 Off the Kuff looks at the potential redistricting effects of Texas' continued population boom.

Libby Shaw at Daily Kos discovers that Trump's presidential candidacy is proof that the GOP is, in reality, a Neo-Confederate Party. The Dixiecrats are still in charge: The Bigoted Party of Jesus, Bait and Switch Deserves its Devils.

Lawyers figured out how to monitor late payments from insurance companies. Who's at fault? The people who found the problem? Nope. The lawyers. According to the people who are paying late. CouldBeTrue of South Texas Chisme knows we live in an oligarchy.

In developments in the special election to fill the vacancy on Harris County commissioners' court, PDiddie at Brains & Eggs notes that interim appointee Gene Locke has broken his word and decided to run for the job, and state Sen. Rodney Ellis and his long career as a municipal bond lawyer has come under scrutiny.

Egberto Willies posted pictures and video from the National Endowment for the Humanities forum on inequality, hosted at Lone Star College's Center for Civic Engagement.

Texas Vox blogs about the Democracy Awakening event in two weeks, with details about the Austin and Dallas rallies.

Neil at All People Have Value said that even worse than Trump's comments on punishing women who have an abortion, is the fact that in Texas women seeking an abortion are subject to the state-mandated rape of the forced sonogram law. APHV is part of NeilAquino.com.

Vice President Joe Biden and his wife Jill attended the Final Four in Houston this past weekend and picked the perfect day to dine al fresco, according to Culturemap Houston.

The Houston Press has the news that DuPont will shut down the LaPorte facility where four workers lost their lives in a 2014 gas leak.

The Lunch Tray is not loving McDonald's latest attempt to get into schools.

Austin Eater reports that the gas station used as the set for the Texas Chainsaw Massacre’s barbecue restaurant will soon be opened as a "horror barbecue resort".

And Pages of Victory retells a WWII battle story -- the kind that occurred between soldiers and officers -- in Wilkerson's Tank.
Posted by PDiddie at Monday, April 04, 2016