John Kerry's turn to roast on the liberal spit 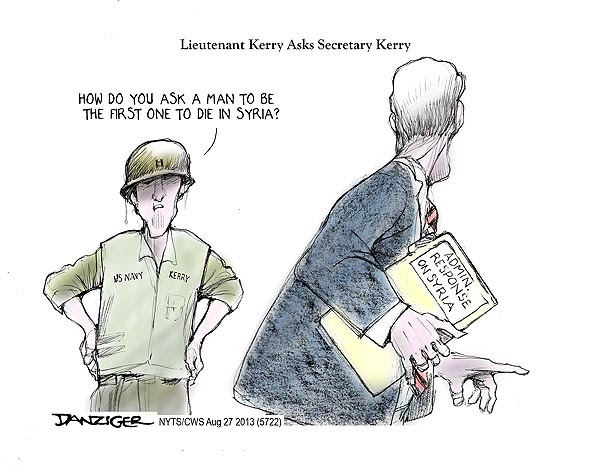 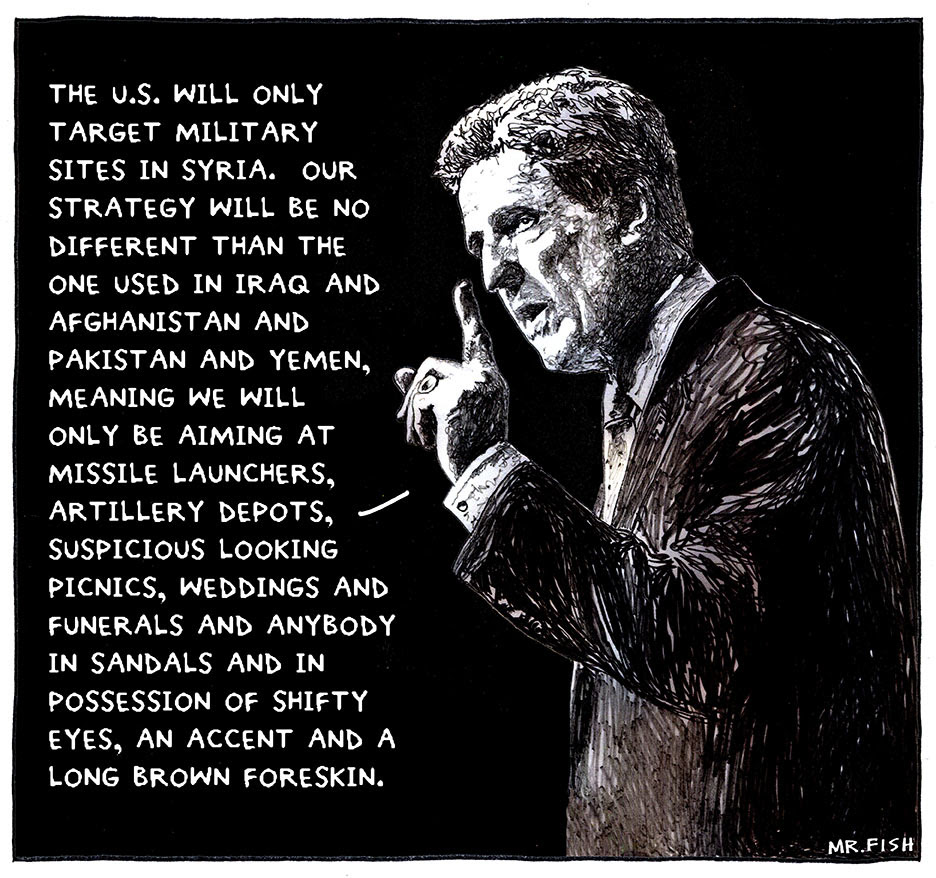 But really, let's not let the commander-in-chief off the hook here.

Facing mounting domestic and international pressure to respond to the deployment of chemical weapons by the government of Bashar al-Assad, White House sources confirmed today that President Barack Obama is carefully weighing his option for dealing with the war-torn Middle Eastern nation. “The president has conferred with his top advisors and is currently considering everything from authorizing missile strikes against Syrian regime targets, to taking out Syrian regime targets with missile strikes—nothing is off the table at this point,” said White House Chief of Staff Denis McDonough, noting that the president would “take all factors into consideration,” including the well-being of the Syrian people and the strategic interests of the United States, before settling on his only option.

“The president recognizes that the situation in Syria is extremely delicate and that the U.S. faces complex consequences regardless of what he chooses; that’s why he’s giving the one option in front of him so much thought. He will not act until he’s confident in the inexorable decision he’s making.” At press time, Obama had reportedly narrowed his option down to missile strikes against Syrian regime targets, but stated that he would consider it for several more days before making a final decision.


I went ahead and split that long paragraph in two, so that the delicious Oniony flavor would pop.
Posted by PDiddie at Wednesday, August 28, 2013

They are moving most of our U.S. Navy warships over there, only because we have no place else to go.