Or maybe stalker. Hard to tell.

So George P. Bush -- son of Jeb and the political dynasty’s fourth generation standout--is making his Washington, D.C. debut this week. The 37-year-old lawyer is now running for Texas land commissioner, but his family reportedly expects bigger things from the telegenic offspring of the former Florida governor. 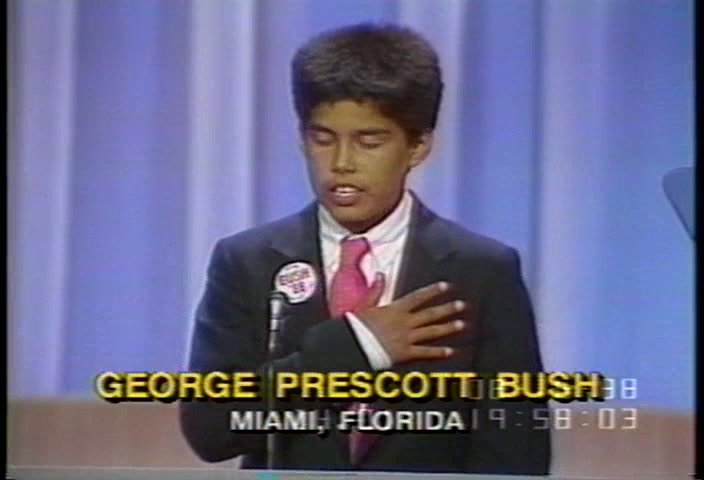 Which is as good an excuse as any to revisit a police report detailing George P.’s creepy, stalkerish behavior towards a former girlfriend.

Back when he was a Rice University student, Bush was investigated for burglary and criminal mischief related to a 4 AM visit to the Miami home of his ex, Cristina Cohen, and her parents.

A Miami-Dade Police Department report includes an account of the December 31, 1994 incident provided to cops by Murry Cohen, Cristina’s father.

According to Cohen, Bush--wearing black shorts and no shirt--arrived at the residence and “went to his daughter’s bedroom window,” pulled it open, and “pushed the screen inward.” As Bush was “climbing in the window,” Murry Cohen awoke and spotted the trespasser. A neighbor of the Cohens also spotted Bush trying to get into the residence and began to argue with him.

With his intrusion thwarted, Bush “backed out of the window.” Cohen reported seeing Bush then “jump into a vehicle and flee.” But he would not be gone for long.

Bush returned to the home 20 minutes later and drove his car through the Cohens’s yard, causing damage to about 80 feet of the lawn.

When police arrived at the residence, the Cohens identified Bush as the perpetrator. Cristina Cohen explained that she used to date Bush, but that they “have been separated for 1-1/2 years.” She added that Bush “has been a problem ever since they broke up.”

Sure hope some enterprising Texas media person asks around about this.
Posted by PDiddie at Wednesday, May 08, 2013

George P. Bush has a remarkable past! This must be why he wants the job.

[...]
Yet apart from our diverse mission and multi-faceted responsibilities, the Land Office is remarkable for another reason: our people.
[...]

Wow -- you want to go after the guy because of something he did at 18? I guess that means that there is really nothing to recommend any potential candidate on the Left.