As we mourn the passing of Rick Santorum's presidential campaign (by his own hand, or more accurately his lips and tongue), here's the week's crime/embarrassment report from Houston and Harris County.

The legal counsel for Harris County Judge Ed Emmett was free on bail Wednesday after he was accused of striking a woman at an impound lot with his car.

William Henderson's car was towed Tuesday from the CityCentre shopping complex along the Sam Houston Tollway near Interstate 10 and taken to an auto storage lot on Brittmore.

The criminal compliant filed against him that resulted in a misdemeanor deadly conduct charge states that he placed a woman at the impound lot in "imminent danger of serious bodily injury" by striking her with his car.

This white-on-white CityCentre vs Town & Country violence must stop (h/t to The World's Favorite Mexican in the comments).

The reappointment of a volunteer city board member erupted into a half-hour fracas at the City Council table on Wednesday that culminated with Councilwoman Helena Brown accusing Mayor Annise Parker of bullying her.

District A Councilwoman Brown tried to replace one of the mayor's appointees to the Spring Branch Management District, accusing him of "negative communications" that she did not detail. The board is appointed by the mayor and only confirmed by council. The mayor ruled Brown's request out of order.

Brown was attempting to replace Victor Alvarez, whose garage apartment was a campaign headquarters for former District A Councilwoman Brenda Stardig, whom Brown defeated in December. The mayor's campaign donated money and staff to Stardig's campaign in hopes of staving off the challenge from Brown.

This cat fight might go on for the next two years. As with the previous, my excerpt doesn't do justice to the drama. Click over and read it all.

And as we cover the spectrum of bad behavior from right to right/left to left... 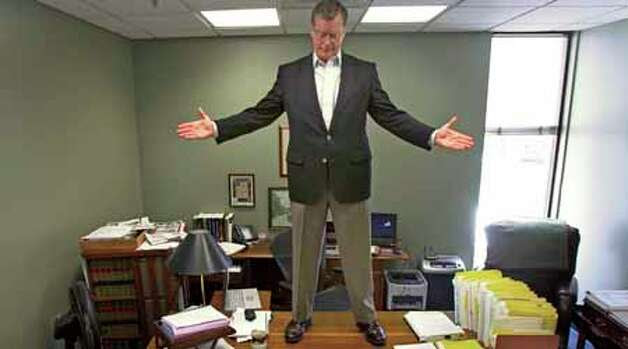 Jim Sharp, a judge on one of Houston's two courts of appeals, has been barred from working on any criminal cases from Brazoria County because of allegations that he tried to use his position to skirt the law for a friend's 15-year-old daughter who was arrested for shoplifting.

Brazoria County District Attorney Jeri Yenne accused the judge of attempting to use his influence to improperly demand the juvenile's release in January, according to court records. The documents allege that Sharp sent inappropriate texts and profane voice messages to county employees, a state district judge and a Brazoria County commissioner.

"You guys are a bunch of backwoods hillbillies that use screwed-up methods in dealing with children, and I can promise you this: Things are about to change in Brazoria County," Sharp said to a juvenile detention center director over the phone, court records show. "I am a judge in the Court of Appeals. I have authority over your judges along with every other judge in 10 counties in this area."

On Tuesday, Sharp released an apology though attorney Brian Wice.

"Justice Sharp was deeply concerned that this little girl was seemingly in limbo at the juvenile detention facility while her mother was waiting in the parking lot for her release," according to the prepared statement.

"As a result of his concern, Justice Sharp said some things that he should not have said, and for which he now apologizes."

The desk Sharp is posing on in the photo above was the centerpiece of another contentious tempest under the newly-renovated county courthouse dome just five months ago. In another remarkable demonstration of self-destructive behavior on tape, Sharp also snarked on the Democratic candidate for lieutenant governor in 2010 -- six weeks before the election -- calling her a "labor boss" (video at the link still works; go listen to the judge's comments for yourself).

Congratulations Justice Sharp. You have chased every last one of your friends away. Except maybe for the 15-year-old shoplifter's mother.
Posted by PDiddie at Thursday, February 23, 2012