Seven years ago this morning 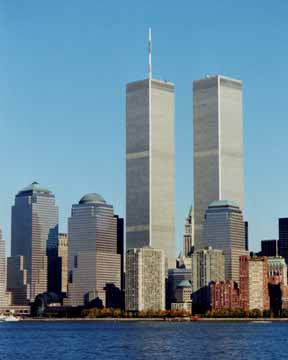 Today, a show of unity among rivals:

The two candidates, who were on their way to work in Chicago and Washington when the first plane hit the north tower of the World Trade Center seven years ago, will meet for the first time as the presidential nominees of their parties as they lay a wreath together at Ground Zero.

This evening, Obama and McCain will meet at Columbia University, where they will speak separately at a nationally televised forum, laying out their personal visions on civic engagement and service.

"All of us came together on 9/11 - not as Democrats or Republicans - but as Americans," the candidates said in a joint statement. "... On Thursday, we will put aside politics and come together to renew that unity, to honor the memory of each and every American who died, and to grieve with families and friends who lost loved ones."

That's nice and all, but John McCain and Sarah Palin are still two lying POS, and there's just no taking a break from that.
Posted by PDiddie at Thursday, September 11, 2008