The al-Qaeda wing of the GOP 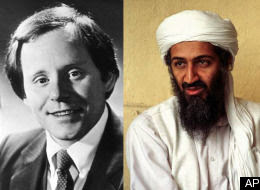 What do you suppose the Right-Wing Noise machine would be blasting today if Mark Siljander happened to be a Democrat?

A former congressman and delegate to the United Nations was indicted Wednesday on charges of working for an alleged terrorist fundraising ring that sent more than $130,000 to an al-Qaida supporter who has threatened U.S. and international troops in Afghanistan.

Mark Deli Siljander, a Michigan Republican when he was in the House, was charged with money laundering, conspiracy and obstructing justice for allegedly lying about being hired to lobby senators on behalf of an Islamic charity that authorities said was secretly sending funds to terrorists.

The 42-count indictment, unsealed in U.S. District Court in Kansas City, Mo., accuses the Islamic American Relief Agency of paying Siljander $50,000 for the lobbying _ money that turned out to be stolen from the U.S. Agency for International Development.

The charges paint "a troubling picture of an American charity organization that engaged in transactions for the benefit of terrorists and conspired with a former United States congressman to convert stolen federal funds into payments for his advocacy," Assistant Attorney General Kenneth Wainstein said.

Siljander, who served in the House from 1981-1987, was appointed by President Reagan to serve as a U.S. delegate to the United Nations for one year in 1987.

Siljander was one of the very first conservo-freaks elected to Congress, preceding the post-Reagan wave of ultra-right-wing extremists, led by LeRoy Gingrich, that took control of the House in 1994. The same brand of extremism that is so common today it's almost mainstream.

More about this traitor:

Once in Congress, he became one of the most radical wingers, someone who in today's Republican caucus would fit in. For instance, in1984 he unsuccessfully tried to amend a civil rights bill "to define the term ''person'' under the bill to include ''unborn children from the moment of conception.'" But back then, in the early days of the radical religious right's takeover of the GOP, he attracted a lot of attention, too much for some, so in 1986 plutocrat Fred Upton defeated him in a Republican primary, helped by the crazy news that Siljander had issued a tape recording to fundies asking them to "break the back of Satan" by fasting and praying for his victory.

Their prayers weren't answered. He lost, but Reagan cushioned his landing by appointing him a position at the United Nations.

"Incidentally, I met Duncan Hunter in the Members Dining Room in the House about a year ago. I was having lunch with Rep. Hunter's old friend and former Michigan congressman Mark Siljander, and the three of us stood there in the middle of the dining room, along with two of Duncan's San Diego constitutents (one active military and one disabled in Iraq and recently relieved from active duty) and we all held hands and prayed together while other diners gave us curious glances. At that moment I knew that Duncan Hunter was the right man for the White House, and I doubt if he'd seriously considered running for president at that point. A man with the courage of his convictions; what a great asset for a leader."

I know I was moved by this story and reassured that Duncan Hunter is the right man for the Presidency! If we pull together we can help make this great man our next president!

Back to DHinMI for the executive summary:

Let's review. Mark Siljander was one of the original creations of the fundamentalist right wing. Had he won his seat from a less moderate area than Southwest Michigan, he might still be in Congress. Hell, he'd probably be in leadership. So he was shunted aside for a while, but he continued to move in the interconnected world of fundamentalist religion, rightwing politics, and lobbying and financial malfeasance.

In short, Mark Siljander is a archetypal radical rightwing politician. They espouse patriotism and fundamental values, but really, they're just ignorant, intolerant, greedy and don't care about America.