...who are now Cuban-American. 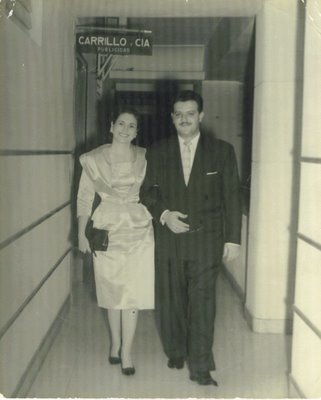 That's Nilda and Israel Behar-Ojalvo (my mother- and father-in-law) leaving the courthouse in Matanzas, Cuba, shortly after they were married in 1957.

This is Mrs. Diddie's brother Johnny (Juan) and aunt Delia, in Cuba, approximately 1954. 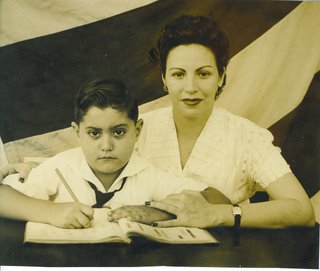 Left: a first winter (February, 1962) in the US, with those unsuitable overcoats. Right: with baby sister Nildita in 1964.