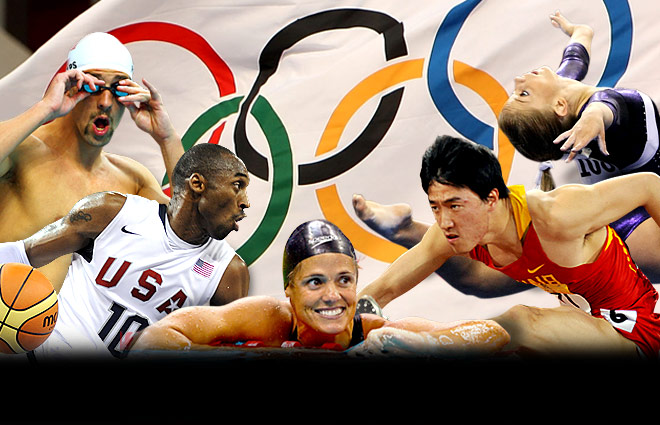 The wall of gray haze around the National Stadium and across the city cut visibility down to a mile. On the eve of opening ceremonies, Beijing’s polluted air took center stage Thursday as the most visibly pressing problem for Olympic organizers who had promised to clean up the Chinese capital. ...

The notoriously dirty air in this megacity of 17 million has been a leading concern since Beijing won the bid for the Olympics in 2001. China has poured 140 billion yuan—$20 billion—into “greening” the city, including doubling the number of subway lines, retrofitting factories with cleaner technology and building urban parks. But environmental efforts have often been outpaced by constant construction and increased traffic.

To help ensure clean air for the Olympics, Beijing officials imposed drastic measures in mid-July, including pulling half the city’s 3.3 million vehicles off the roads, halting most construction and closing dozens of factories.

Police shut down the bustling bazaar in the capital of China’s restive Muslim region of Xinjiang on Friday amid threats from an Islamic group that attackers might target buses, trains and planes during the Olympics.

A sign at the entrance of the bazaar in Urumqi did not explain why the area, surrounded by mosques with minarets, was off limits as the country prepared to kick off the Summer Games thousands of miles away in Beijing.

Even a KFC restaurant in the shopping area—filled with touristy shops selling carpets and jade—was closed, and a guard sitting on the steps shooed people away.

The sprawling, far-flung western region of Xinjiang has long been a source of trouble for China’s communist government. The rugged, mineral-rich territory is populated by the Uighurs, a Turkic Muslim minority that has had tense relations with the Chinese. Many Uighurs favor independence or greater autonomy for Xinjiang, which takes up one-sixth of China’s land mass and borders eight Central Asian countries.

Speaking on China’s turf the very day it hosted the opening of the Olympic Games, President Bush on Friday prodded the communist country to lessen repression and “let people say what they think.”

The president’s challenge, issued as he dedicated a massive new U.S. embassy in Beijing, capped a volley of sharp exchanges between the two nations this week about China’s human rights record. ...

Bush came to Beijing mainly to watch U.S. athletes compete and enjoy the spectacle of the summer games, but a round of political one-upmanship has heavily defined his trip to Asia. He bluntly criticized China’s human rights record in a speech in Thailand, which prompted China to warn the U.S. president to stop meddling in its business.

Foreign Ministry spokesman Qin Gang admonished Bush just before he got to China.

“We firmly oppose any words or acts that interfere in other countries internal affairs, using human rights and religion and other issues,” he said. The spokesman added that “Chinese citizens have freedom of religion. These are indisputable facts.”

A British man was taken away after unfurling banners that denounced China’s human rights record on a major bridge in Hong Kong ahead of the Beijing Olympics’ opening ceremony Friday. ...

TV footage showed Pearce wearing a mask of a horse’s head and a white shirt bearing the Olympic rings while carrying a guitar. His protest ended after about an hour when men in plainclothes hustled him away. ...

Olympic organizers moved the equestrian event from Beijing to the former British colony of Hong Kong because of a rash of equine diseases and substandard quarantine procedures on the mainland. Hong Kong has a prominent horse racing scene.

Oh yeah, there will be some athletic competition going on also.