The Texas Progressive Alliance fondly recalls the story of Washington crossing the Jersey Turnpike to surprise the British at the Battle of Newark Airport as it brings you this week's roundup. 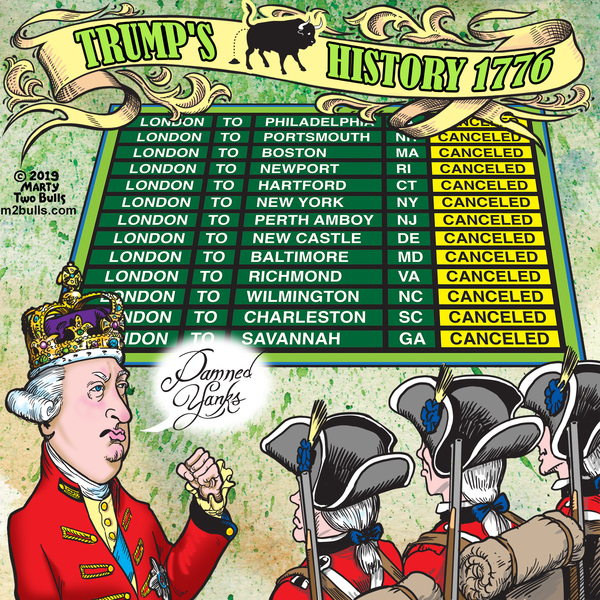 
With ten White House hopefuls converging on the George R. Brown Convention Center in downtown Houston last Friday for the NEA national convention, it was a reminder that Harris County is going to be pivotal to Democrats' hopes of flipping the state and the nation in 2020.

The dramatic shift of Harris County from a red county to blue is a major reason some politicians and pollsters are wondering if Texas is close to turning blue. According to a Quinnipiac University survey of Texas in early June, President Donald Trump trailed Biden by four percentage points. The president had 44 percent of the vote compared to Biden's 48 percent.

Texas also plays a big role in the Democratic primaries. After the traditional first four states (Iowa, New Hampshire, Nevada and South Carolina) vote in February 2020, Texas will be next up, along with 14 other states voting on Super Tuesday, March 3. If those first four states haven’t decided the race, Texas and its haul of delegates will put those who have been cultivating Harris County votes in a prime position.

You know who loves Houston? Democratic presidential candidates. They are keeping us political writers quite busy. By my count, we're up to 39 events in Houston since March. Fundraisers, forums, rallies, speeches. #FeelsLike2020 https://t.co/rIxehVxYCx
— Jeremy Wallace (@JeremySWallace) July 6, 2019


Egberto Willies was on the scene and got a quick minute with Liz Warren, also posting the full video of her remarks at her town hall on the campus of the University of Houston later that day.  The Texas Signal noted that many of the presidential candidates used Betsy DeVos as a punching bag to loud applause.  Stace at Dos Centavos was impressed by Julián Castro's talk at HCDP's speaker series a week ago.  PDiddie at Brains and Eggs updated his regular Friday 2020 Donkey post on Saturday to include the candidates who spoke at the #EssenceFestival in New Orleans.  And  Progress Texas also picked out its top ten moments from the two Democratic presidential debates.

From the state capital, Scott Henson at Grits for Breakfast is amused by the accidental decriminalization of pot by the Lege.  Karil Blakinger of the Houston Chronic, via Texas Standard, also explains why officials will have a difficult time prosecuting cases.  The Statesman profiles former Greg Abbott lickspittle David Hodge, who is now in the (very lucrative) Austin lobbying business.  And Better Texas Blog tracks Ken Paxton's legal attack on Obamacare, with opening court salvos beginning Tuesday morning.

The migrant crisis at the southern border prompted nationwide protests to #CloseTheCamps, and David Collins was on location outside John Cornyn's River Oaks-area Houston office, where protestors stormed the streets.


Christopher Hooks, writing for Texas Monthly, decries the purposeless cruelty of our immigrant detention policies.  And Ross Ramsey at the TexTrib, via Progrexas, points out the obvious regarding the reason our Republicans in charge show no interest in solving the problem.

(Sometimes it's hard to believe the senior senator from Texas is such an ignorant hypocrite; thankfully he reminds us on a frequent basis.)

The destiny of south Dallas may be written, according to Jim Schutze at the Observer, by two people -- new mayor Eric Johnson and old kingmaker Ray Hunt -- and one thing: the bullet train, aka Texas Central Railway.  And Juan Pablo Garnham at the TexTrib explains why the homeless population in Dallas is increasing while Houston's is going down. Socratic Gadfly says regarding some actions of the so-called "antifa" that violence is not the answer.

Therese Odell at Foolish Watcher catches up on the E. Jean Carroll accusation.

Charles L. Watson with Texas Rural Voices reports that lawmakers may consider lowering the legal blood alcohol content limit in order to reduce the nearly 1,000 drunken driving-related fatalities across the state every year.

Monica Roberts at Transgriot rewrites Frederick Douglass' speech about the meaning of the Fourth of July for black trans Americans.

Leah Binkovitz at Urban Edge has the numbers on cyclist and pedestrian deaths around the country.

And two Houston authors have new novels out that are set in the Bayou City: Mike Freedman's King of the Mississippi and Pete Vonder Haar's Lucky Town.  Put both on your summer reading list.
Posted by PDiddie at Monday, July 08, 2019