Here at the beginning of a week in which most bills in the Texas Legislature will die, the big priorities set out at the beginning, in January, are still alive: school finance, property tax reform, school safety and responses to Hurricane Harvey.

Lots of other proposals are fading fast.

As of Friday, just over 5% of the 7,324 bills filed in the House and Senate this session had made it all the way to Gov. Greg Abbott’s desk. That tells you a bit about what will happen in the next few days. When this is over, when lawmakers have gaveled out on Memorial Day, that percentage will have jumped considerably. Two years ago, 18% of the filed bills made it to the governor. Four years ago, it was 21%. And in 2013, it was 24.4%.

But don’t just look at success; that won’t explain the dramatic tension of the next few days. Look instead at the overwhelming failure rate. Only about 1 bill in 5 -- 1 in 4 in a good year -- makes it out of a regular session alive. Everything else (that hasn’t found new life as an amendment to other legislation) meets its final end in the final week -- when procedural deadlines form a bottleneck that most of the stampeding legislation doesn’t survive.

The Texas Legislature’s Doomsday Calendar -- the dramatic name for the deadlines that stack up at the end of a regular legislative session -- only has a few squares left.

Four of those are red-letter days:


The last day -- the 140th -- gets a Latin name, but not a red border. It’s sine die, the last day of the 86th Texas Legislature’s regular session.

Another clock starts then, marking the time between the end of the legislative session and Father’s Day -- June 16 -- the last day Abbott can veto legislation passed by the House and Senate.


Nearly all of the Democrats gather around @RepMaryGonzalez as she speaks against #SB1978. Dems say this bill will prevent cities from taking actions against or choosing not to work with people who support groups that discriminate against LGBTQ Texans. #TXLege pic.twitter.com/XadRQMGzVv
— Ashley Goudeau (@AshleyG_KVUE) May 20, 2019

Texas Republicans’ Push for a Religious ‘License to Discriminate’ is Depressingly Familiar https://t.co/VVvDBlkQQP #txlege #SB1978
— The Texas Observer (@TexasObserver) May 21, 2019

The bill, much like the Confederate leaders it sought to protect, has been defeated. #txlege https://t.co/MN9u42m87w
— Robert Downen (@RobDownenChron) May 20, 2019

As the Senate prepares to vote on #HJR38 at the #txlege, a reflection on what our state tax policy says about justice. https://t.co/sHHWROfoQL
— Mia Ibarra (@ThatMiaIbarra) May 20, 2019

Here’s the vote on resolution to enshrine the income tax ban in the TX Constitution.

Three Dems flipped to allow for the necessary 2/3 needed for final passage: @TxChuy @beverlypowelltx and @SenatorLucio.

Voters will determine whether to approve this next election. #txlege pic.twitter.com/yY5CwnylFC
— Lauren McGaughy (@lmcgaughy) May 21, 2019

While lawmakers in Austin have been trying to raise taxes, protect chicken nuggets, & ban cities and counties from having a voice at the Capitol, Texas could very well experience brownouts this summer thanks to a serious lack of planning for growth https://t.co/FDYvlcvJOw #TxLege
— Scott Braddock (@scottbraddock) May 19, 2019


#lowthc #cannabis may be debated on the #Texas Senate floor. It is set for the intent calendar, which means it will likely be discussed in time for our 5/22 deadline if all things go right. #Veteran Action and #Patient Action - https://t.co/8ISdvpqYQd#txlege #NORML pic.twitter.com/uFFFpTldgU
— Texas NORML (@TexasNORML) May 21, 2019


David Collins and the Texas Tribune have the latest on HB 2504, the bill that would put the Texas Green Party back on the ballot for 2020.  Spoiler (see what I did there?): Its prospects for becoming law are very good.

Many more updates throughout the week, appearing in the Twitter feed, top right column.

Last weekend's developments saw the death of SB9, but everyone remains on high alert for a zombie amendment to living bills.


Great news! SB9, aimed at suppressing voter turnout in Texas, won’t get a vote in the 86th #txlege. Let’s make sure parts of this bad bill don’t get attached to other legislation in this last week! #SB9 pic.twitter.com/EDUoq3mhqC
— Public Citizen Texas (@PublicCitizenTX) May 20, 2019


SB9 never made it to the House floor but we aren't out of the woods yet. An amendment was added to HB2911 that includes language from SB9, making it riskier for people to register to vote. call Rep. Klick at 512-463-0599 and ask that she stop the amendment to her bill! #txlege
— William Rosenberg (@WRosenbergTX) May 21, 2019


Meanwhile, Progress Texas brings the good, the bad, and the ugly of the bills that remain among the living.  Kuff analyzes the relentless Republican attack on local control this session.

In news away from the Pink Dome ... 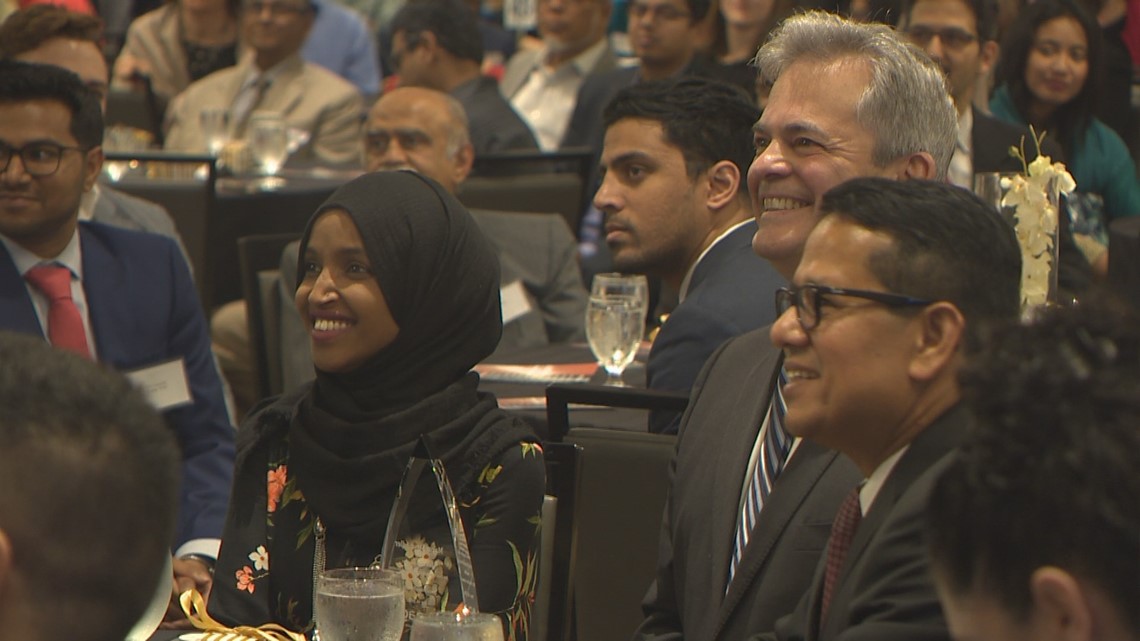 U.S. Rep. Ilhan Omar warned against elected officials who fuel Islamophobia and pit religious groups against each other at an Iftar dinner Saturday night in Austin, just days after Texas Agriculture Commissioner Sid Miller called on Austin Mayor Steve Adler not to attend the event.

Omar, 37, was the keynote speaker at the Annual Austin Citywide Iftar Dinner, a ceremonial meal to break the fast during Ramadan. Adler, who (is Jewish and) has attended each of the previous city-wide Iftars, was the guest of honor.


A Dallas woman who was beaten two weeks ago in a parking lot outside her apartment was found shot to death on Sunday afternoon.  She wasn't just another random killing.


Debbie Nathan at The Intercept writes about the vigilante militia defending an imaginary southern border near El Paso. Socratic Gadfly, with help from political scientist and author Corey Robin, explains that Trump is not a fascist but rather a schematically predictable variety of president.

The Texas Signal notes Houston Mayor Sylvester Turner's suddenly-easier path to re-election now that Prop B has been declared unconstitutional (by the same district judge that ordered he and the firefighters union into mediation, which failed).

Jim Schutze at the Dallas Observer sees all the power players err, zombie endorserati lining up behind one mayoral candidate.

Downwinders at Risk is hosting a fundraiser just prior to after Memorial Day weekend. 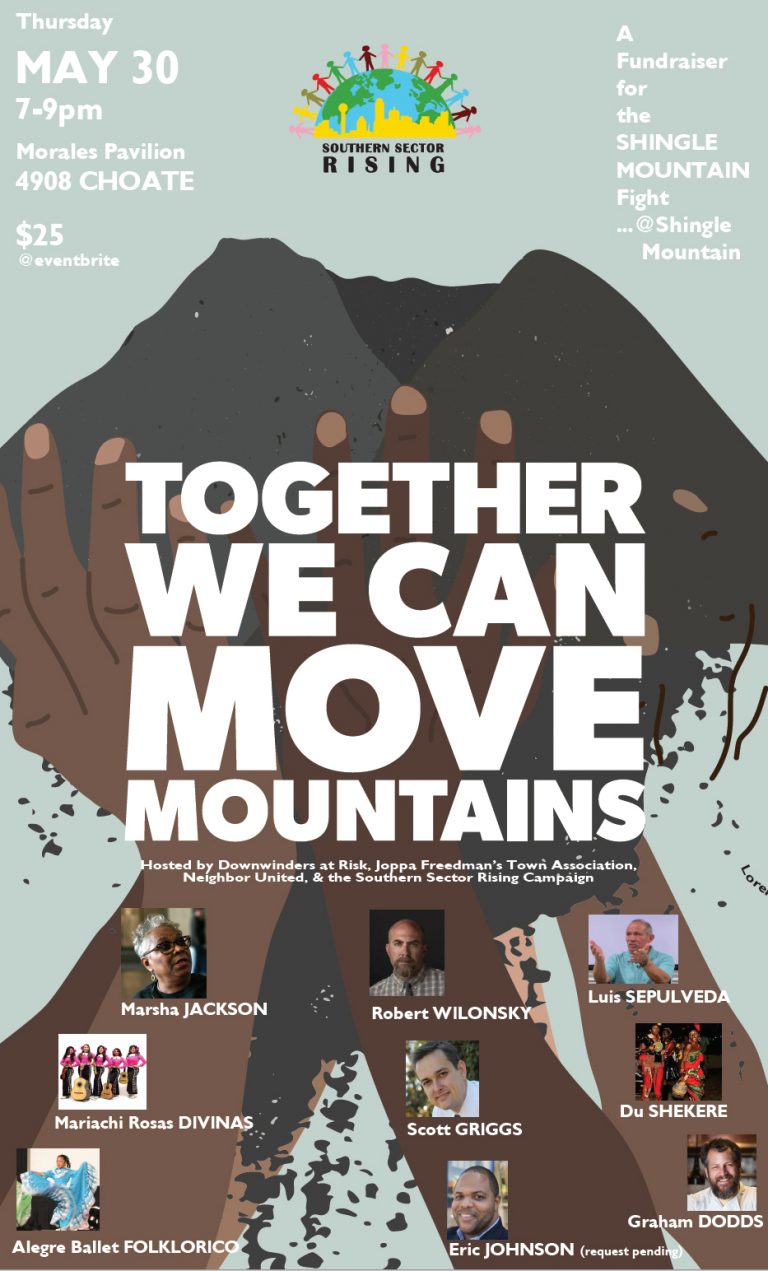 Rachel Pearson at the Texas Observer flaunts her sorcery.

Harry Hamid blogs about Folli's recuperation (a metaphor for his own, by all indications).

Dan Solomon, also for TM, freaks out just a little at the prospect of Whataburger being sold.

Beyond Bones wants to tell you about Megalosaurus.

Finally, Jesse Sendejas Jr. of the Houston Press went to ZZ Top's 50th Anniversary Bash and had his top blown.  In the revival -- or perhaps last gasp -- of dinosaur rock legends, Cheap Trick and Bad Company opened the evening.
Posted by PDiddie at Monday, May 20, 2019