The Texas Progressive Alliance is saying sine die in the mirror as it brings you this week's lefty blog post and news round-up.


Now I'm a political/editorial cartoon? That would be a first.... @HoustonChron https://t.co/Pu2VRCJ7zv pic.twitter.com/XhxXwYiLsm
— Prof Peter Hotez MD PhD (@PeterHotez) May 12, 2019

There's a little more than two weeks left in Texas' regular legislative session. Dozens of bills will pass the Texas House and Senate and make their way to Gov. Greg Abbott's desk between now and May 27. But thanks to an annual Texas House deadline, hundreds more died as Thursday night faded into Friday morning. No bills that haven't received an initial sign-off will move any further in the House, but the Legislature's business is far from wrapped up.

Here's what you should be watching as the Legislature hits the homestretch:


Young lists his priorities as marijuana reform, abortion rights, school financing, a state income tax, and a drivers responsibility program along with red light cameras.  Go read his deep dive into the bills that your representatives and senators will be approving or denying in the coming days.

In related Lege reporting, the Dallas News indicates that the state's Senate and House leaders are essentially starting over from zero on the teachers' pay raise and other tax bill details.  The Fort Worth Star-Telegram covered the DFW area's annual Marijuana March, while Jonathan Tilove at the Statesman says that the Texas House hates those red light cameras even more than they hate Stickland.  And the Texas Freedom Network calls out the state's Health and Human Services Commission for the hypocrisy of tomorrow's "Pink Day" while systematically destroying women's health services in tandem with the extremist right wing.

Now HHS wants everyone to wear pink to show their support for women’s health. Well, yes, let’s all wear pink. But we would prefer having state HHS officials (and the elected officials who appoint them) who actually seem to care more about promoting women’s health than anti-abortion politics.


Progress Texas has a special report on the continuing battle over voting rights.  It centers on #SB9, which as Andrew Turner at the Quorum Report previews, is set for Wednesday.

Just as Texas retreats from a voting rights fight in federal court in San Antonio over the way embattled Secretary of State David Whitley handled the rollout of a botched voter purge, Senate Bill 9 by Sen. Bryan Hughes, R- Mineola, has the potential to inflame the situation if it gains any traction in the House during the closing weeks of the session.

The bill would increase the criminal penalty of forging a ballot from a Class A misdemeanor to a state jail felony, something that voting rights groups say would have a negative impact on turnout.


Sanford Nowlin at the Current has more.

"This legislation magnifies the voter suppression tactics that (Texas politicians) have been pursuing for the last couple of years," said Zenén Jaimes Pérez, advocacy director for the Texas Civil Rights Project.

The Texas Observer and ProgTex have also been on the story about local control at the Lege.  For the Observer, Justin Miller:

More than 30 Confederate monuments were taken down in Texas between 2015 and 2018, according to a Southern Poverty Law Center report. This has sparked an intense backlash from Anglo conservatives who see the removal of these monuments as an erasure of their Antebellum heritage. Activist groups pumped out robocalls and radio ads calling on Texas Republicans to keep the monuments in place.

State lawmakers responded this session by proposing controversial legislation -- Senate Bill 1663 and House Bill 3948 -- to strip local governments of their authority to take down historical monuments, statues or portraits, or even rename schools, parks, streets and other public property.


And for Progress Texas, Glenn Smith.

Austin Mayor Steve Adler was right when he observed recently that the Republican-led state government “has declared war against” Texas cities.

The state is trying to take self-government away from cities, counties and school districts. It is a war on local government. It is also a war on democracy.

Why, you ask? Consider this: Eighty-five percent of Texas residents and 80 percent of Americans live in urban areas. A glance at any state or national map of election results shows disproportionate Republican support in rural areas.


Environment Texas provides us with another ecological legislative update.  Arya Sundarum at the Texas Tribune reports on the House bill that could have prevented future arrests like Sandra Bland's but multiple attempts to pass it failed.  Eric Trayson at the Houston Chronicle explains why one statehouse bill (stopped by a Democratic point of order last week) was a mortal threat to trans people like himself.  Better Texas Blog is concerned about Medicaid managed care protections.  And Scott Braddock sees a crackup coming in Texas Republican tax orthodoxy.

To wrap up the Wrangle's aggregation of Lege developments this week, PDiddie at Brains and Eggs blogged about the Greens' new hope of achieving ballot access in 2020 via a bill passed late Friday night.  David Collins followed up with more details, and Alyson Goldenstein at the Houston Chronicle also has an account.

Wesson Gaige, co-chair of the Green Party of Texas, was cautiously optimistic about the bill’s passage on Friday knowing that it still needs Senate approval.

If it does pass, Gaige said “we will be running Green candidates who uphold planet over profit, people over profit and peace over profit.”

“It’s a mixed bill from a third-party standpoint,” said Wes Benedict, former executive director for the Libertarian Party of Texas.

While the lower threshold would help Libertarian and Green Party candidates stay on the ballot, Benedict said the fee requirement will hurt the parties. He said the filing fee helps pay for primary elections, in which third party candidates generally don’t participate because of the high barrier to entry.

The Libertarian Party would likely challenge that fee in court should the bill pass, he added.


As Bernie Sanders and Alexandra Ocasio-Cortez prepare to join the Sunrise Movement in Washington to rally for the Green New Deal ...


The final installment of our #Road2GND tour is happening tonight in DC.

Not to spoil anything, but we'll be rubbing elbows with lots of main characters, including @SenSanders, @AOC, and GND architect @rgunns.


... SocraticGadfly continues his Greens vs. Democrats on the Green New Deal series with Part 4 about ag tech and its role in addressing climate change.

In the wake of severe flooding throughout southeast Texas last week, both Save Buffalo Bayou and Nick Powell at the Chronicle wrote about the Houston area's potential third reservoir likely having little effect in the northwest part of Harris County. 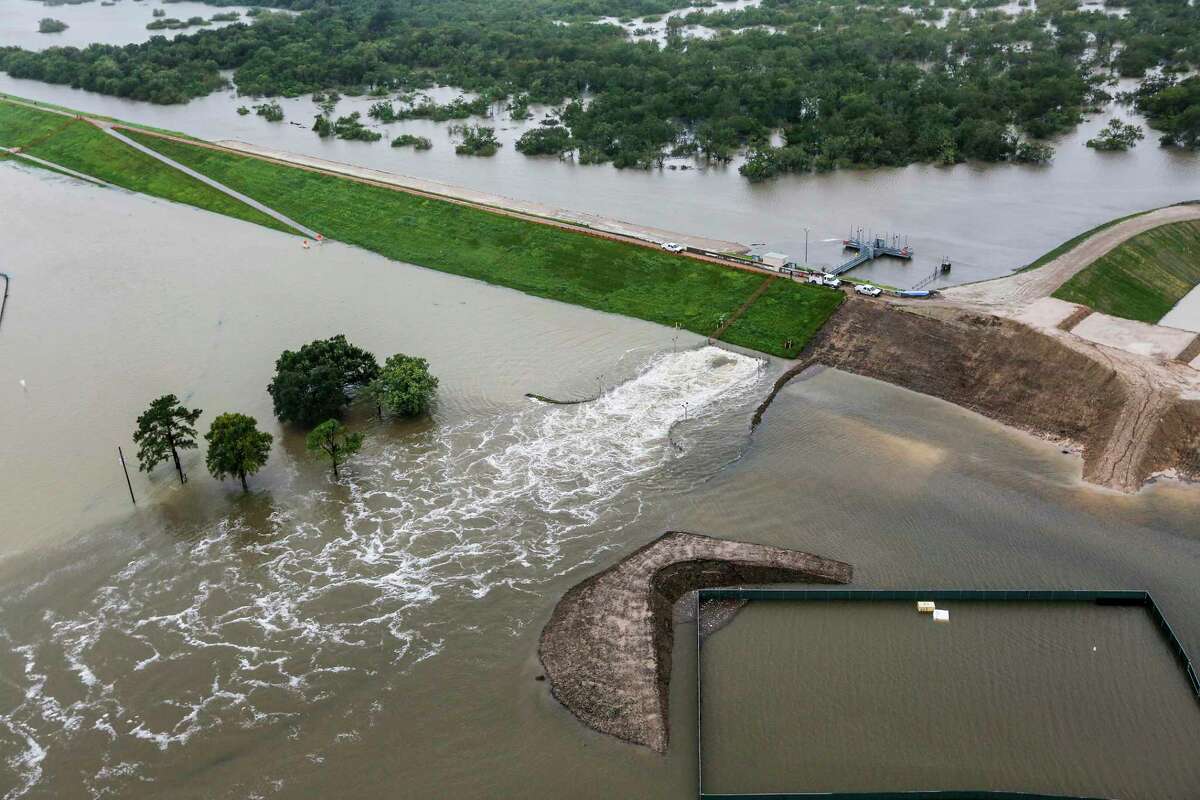 After tens of thousands of homes flooded in the watersheds of Cypress Creek and the Addicks and Barker reservoirs during Harvey in 2017, regional planners revived an idea originally conceived nearly 80 years ago by the Army Corps of Engineers: a third reservoir to supplement the capacity of Addicks and Barker in the event of a major flood.

But the study by Rice University’s Severe Storm Prediction, Education, and Evacuation from Disasters (SSPEED) Center revealed the difficulties in attempting to eliminate flooding in the Cypress Creek watershed, which covers over 300 square miles in northwest Harris County and features over 250 miles of open streams.

The study also concluded that the remaining undeveloped land in the Cypress Creek area should be protected against development, specifically the Katy Prairie west of Houston, where vegetation and wetlands provide flood protection.


Last, a downtown Austin barbecue joint that only does pig caught the attention of Texas Monthly's Daniel Vaughn.