First up: Houston and TSU will host eight presidential candidates at the "She The People" forum.


CNN's Cillizza and Enten have their top ten ranking out, and the top five are Bernie and Biden tied at the top, then Kamala, Beto, and Mayor Pete.  The cable news network hosted Kirsten Gillibrand, Jay Inslee, and Julián Castro for townhalls this week, and later this month has five more candidates back-to-back. 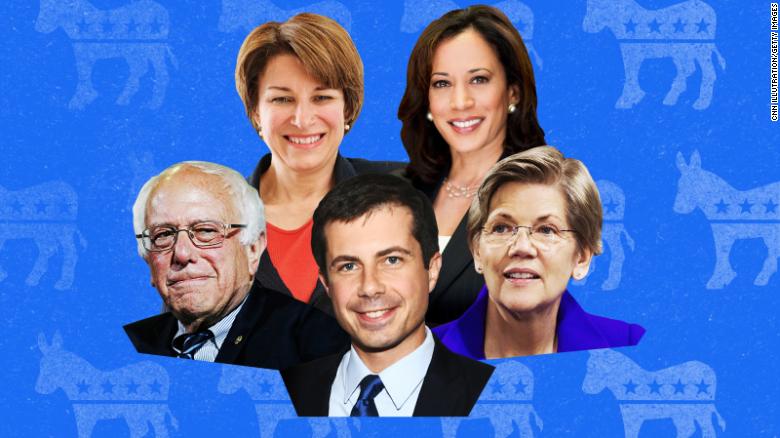 
While Senator Kirsten's was the lowest-viewed of all to date, Castro's townhall is receiving plaudits from various quarters.  Castro also held a counter-rally to Trump's fundraiser in San Antonio on Wednesday.  The former HUD secretary is having a good week.

By contrast, Inslee's townhall held Wednesday night did not break through for him; perhaps because of moments like this one.

In one of the more curious moments of the night, Inslee -- a candidate whose campaign is almost entirely focused on climate change -- said he didn't know enough about the recycling system to say how he would change it.

"I thought I had the answers to every question and I don't have (an) answer to that. But next time we meet, I'm going to have a better approach. I know that I have a team of people who are looking for options on this. We know how important this is," he said.

There’s an interesting debate warming up about if we should focus on improving our recycling or if that is going to enable our continued consumption of plastics. In other words, let’s not focus on recycling, let’s just focus on not using plastics. I personally think that we need to do both, and I’m concerned about this argument that we shouldn’t even be improving recycling, that we just need to focus on not using plastic, because that seems like a lot harder of a goal to reach.


We must change the way we live.  That's a post for another day.

This post at Democratic Underground counts nineteen candidates so far declared, which means it isn't counting Biden or Michael Bennet.

-- It's true that the Democratic primary isn't going to vote as progressive as one might think, especially if you spend a lot of time on Twitter.  Biden isn't too centrist to win the nomination, unfortunately.  (To defeat Trump in the general, he is, but that's JMO.)  By and large, Democrats are unfazed by his handsiness.

-- Elizabeth Warren is in trouble.  She's third in her home state behind Biden and Bernie, and her main finance man quit because she won't solicit big donors.

(It does seem awfully strange that there are four white guys in CNN's top five listed at the top, and that even Harris seems to be losing some momentum.)

-- Biden, Sanders, Buttigieg are the top three in the most recent Iowa poll.

-- FiveThirtyEight congloms more polling wisdom, including who benefits if Biden does not run (or gaffes his way to the sidelines early, which I believe is more likely).

I don't think that much further elaboration is necessary. There is no math or method to Nate Silver's madness; he's simply making it up as he goes along, and changing his approach in ways that appear to consistently favor some candidates and penalize others.


I agree.  Silver faceplanted on Election Day 2016 and has not been able to get up since.

Enough polling for this week.  Bernie Sanders had the best week of all candidates, reaching one million volunteers and introducing Medicare For All in the Senate.

First, 1.1 million people sign up to volunteer for @BernieSanders in one week. Then, we approach 1 million donations in record time. Now, 4,000 events at https://t.co/EQLesh0vxj - find one near you or host one of your own. Just amazing.
— Tim Tagaris (@ttagaris) April 11, 2019


Back in February, I blogged that the haters wouldn't have Jill Stein to kick around any longer, and it appears that US Greens are coalescing around Howie Hawkins.

Washington Babylon is little more blunt about the Greens' 2020 prospects.   Also from IPR is this interview from presidential candidate Sedinam Moyowasifza-Curry.

And if you're missing the 538 roundup I usually sample heavily from for this weekly update, here it is.  I'll mention one more development: Tulsi Gabbard is sympatico with my view on Julian Assange.


The purpose of arresting #JulianAssange is to send a message to the people, especially journalists, to be quiet and don’t get out of line. If we, the people, allow the government to control us through fear, we are no longer free, we are no longer America. pic.twitter.com/2sedynREP9
— Tulsi Gabbard (@TulsiGabbard) April 11, 2019