Not mine, yours.  Or maybe it's theirs.  Those guys -- pardon me, women -- on the other side who beat your team.  They're the ones waking up this morning celebrating victory ... and agonizing about defeat at the same time.

The duopoly does make for simple analogies.

Can we say the blue wave rose up in the cities, swept out to the suburbs and exurbs, but crashed into the crimson dikes in the boondocks?  Yes we can, at least in Deep-In-The-Hearta.

Never forget that rural Texas is where the baboons with their swollen asses all live.  And vote. 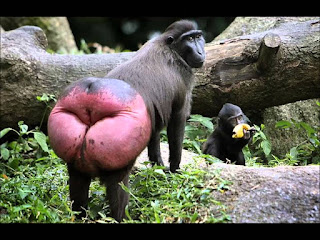 After the early and mail ballots were reported and most of the GOP statewide slate (save Governor More Powerful Than Putin) found themselves in much tighter races than has historically been the case -- at least for a generation -- some of my good neighbors assembled just down the road at the Redneck Country Club surely put down their nachos, went to the bathroom, and vomited.

Things improved within the hour, so maybe they didn't go home and turn in early.

That is, as long as they didn't care too much about John Culberson (or Pete Sessions or Konnie Burton or Matt Rinaldi) or any of their judicial pals at the many Harris County Courthouses.

We already know they didn't care too much about Ed Emmett, after all.

Commissioners Court has a blue majority this morning, with Lina Hidalgo and Adrian Garcia replacing Hunker Down and -- in what had to feel like some pretty sweet payback for Senator US Rep. Sylvia -- Jack Morman.

Stan Stanart finally got fired, so did Chris Daniel and Orlando Garcia and every single judge, despite the pleadings of the Houston Chronicle's op-eds.  (The midterms used to be the last refuge for Republican judges; it was always presidential cycles where they washed out before.)  Let's see if Harris Democrats can hold their monopoly for a few years, and more importantly bring some justice -- like ending cash bail -- with it.  Poor Gary Polland just lost half a million bucks' worth of income.

On the county level, it was impressive.

All of the Republican district court judges got swept out of office.

I deal mostly with family courts, and some of the judges have been in for a long time, as at one point, every district court judge was Republican. That started changing in 2016, but this year wipes out everybody else. I'm going to have to relearn much of what I do. I knew the old guard's quirks.

Even Ed Emmett is gone.

Locally, it's a new day.