The Texas Progressive Alliance's roundup focuses on developments surrounding the separation of immigrant children from their parents in South Texas, and the detaining of those families in cages -- despite what the Homeland Security Secretary says and at least one member of the mainstream media has reported -- that exploded into the national consciousness over Fathers Day weekend.

While multiple comparisons to the Third Reich trigger Godwin's Law*, it's appropriate to point out that "just following orders" is no good excuse for this conduct ... 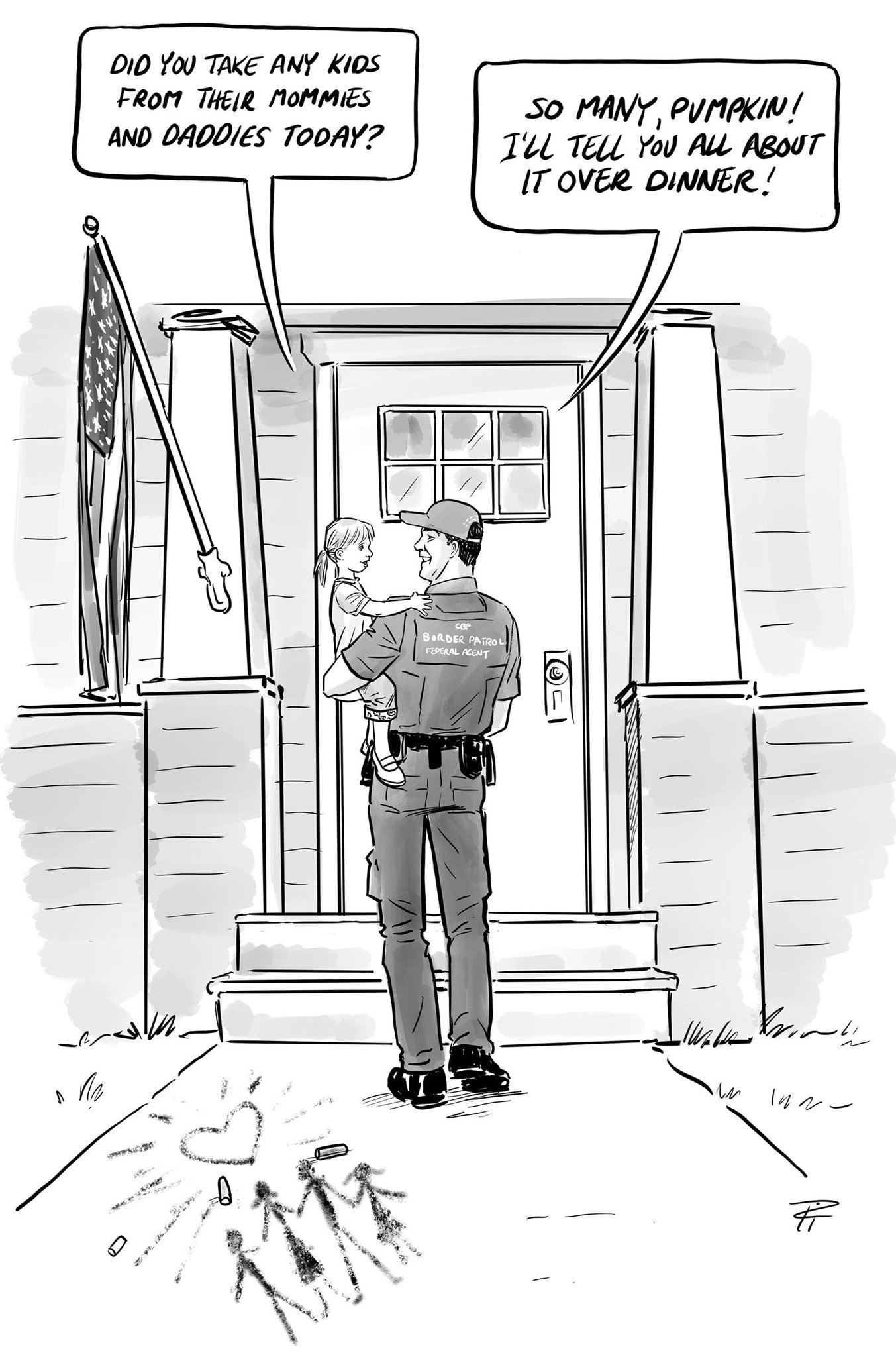 *Update (6/21): I have learned that Godwin himself suspended Godwin's Law, ten months ago (in the wake of Charlottesville).  Nazi away, y'all.

The Texas Tribune has photos and an account of a large gathering of progressive activists, advocacy groups, Democratic elected officials, and candidates (no Republicans, although Rep. Will Hurd has decried the situation and visited the tent city previously) in Tornillo, at the Rio Grande border, outside of the holding facility there. 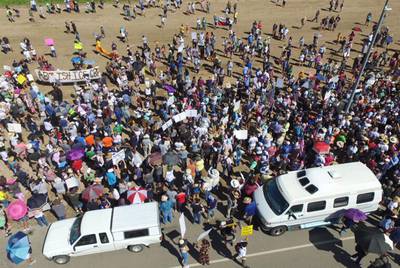 Several other members of Congress paid a visit to the McAllen detention center.

Neil at All People Have Value posted a picture of Houstonians protesting at the proposed location of one of the 'baby jails'.  Progrexas hears Texas religious leaders denouncing Trump's zero tolerance immigration enforcement.  Somervell County Salon also has a report from the Southern Baptist Convention, held in Dallas early last week, which passed a resolution in favor of immigration reform.

In politics-related news, Ted Cruz narrowly defeated Jimmy Kimmel in their one-on-one basketball game at Texas Southern University, while Beto O'Rourke passed out candy at the Juneteenth parade in Houston's Acres Homes neighborhood.  Off the Kuff looked back at polls from 2010 and 2014 to get a sense of where Texas Democrats are today (hint: still bad off) and SocraticGadfly talks about the need for third parties of the left, in the plural as necessary.

The Republican Party of Texas held their state convention in the Alamo City, and Jade Esteban Estrada suggests there was more than one (pile of) elephant (dung) in the room.  Stephen Young at the Dallas Observer indicates that they did manage to get ahead of the Democrats on marijuana legislation initiatives.

"What this demonstrates is that even the most conservative Texans among us are starting to look at new approaches to cannabis and starting to educate themselves about the fact that prohibition has failed," says Heather Fazio, coalition coordinator with Texans for Responsible Marijuana Policy. "This is a medicine for many people."


More on criminal justice reforms in the TXGOP platform from Grits for Breakfast.

John Coby at Bay Area Houston has a primer for this weekend's state Democratic conclave, while Stace at Dos Centavos wrote about the DNC's maneuver to freeze Bernie Sanders out of the 2020 Democratic nomination.

The state's abortion providers will sue Texas in order to undo a litany of choice-restricting legislation passed by the Lege and signed by Governors Abbott, Perry, and Bush over the past three decades.

In a federal lawsuit filed Thursday, abortion providers argue the U.S. Supreme Court set a new standard for abortion laws when it struck down a 2013 Texas law that required stricter standards for doctors and clinics. The court ruled that the benefits of imposing the 2013 requirements did not justify the obstacles to access. Whole Woman’s Health, the largest abortion provider in Texas, now wants that standard applied to old laws.

The abortion providers regularly sue Texas and other GOP-led states, usually to stop new laws from taking effect. This is the first time they have sued to undue dozens of laws, some that have been in in place since the 1990s.

“We went all the way to the Supreme Court in 2016 to defeat harmful abortion restrictions, and we are not done fighting so that every Texan can get the health care they need and deserve,” said Amy Hagstrom Miller, president of Whole Woman’s Health Alliance. “All Texans, no matter who they are, where they live, or how much they earn, should be able to make the health care decisions that are best for them and get the care they need with dignity.”

The lawsuits challenges numerous requirements including only allowing doctors to perform abortions, rather than clinic staff. It also challenges licensing standards, 24-hour waiting periods and a requirement that an ultrasound be shown to the patient.


Texas Vox examines the issues of storing renewable energy in Texas, and Christopher Collins at the Texas Observer has a story on the industrial wood processing company making Woodville and Port Arthur residents sick, and TCEQ doing nothing as usual about it.

The Texan Journal reports that the Lewisville ISD will be feeding local children this summer -- breakfast and lunch, any child under 18, school district residency not required.  And the TSTA Blog would like to know who is going to pay for more school counselors.

Therese Odell at Foolish Watcher reviews the Trump/Kim bro-fest so you don't have to.

Michael Hardy at Texas Monthly writes about the latest personnel cutbacks at the San Antonio Express-News.

There were several interesting food- and drink-related posts in the week just past; Jesse Sendejas Jr.,  Eater Houston, and Houstonia all poignantly eulogized Anthony Bourdain.  Texas Standard saw the state's 350 wineries projecting a record grape harvest.  Jessica Elizarraras at the San Antonio Current got Whataburger's reaction to the IHOP/IHOb name change, and CultureMap Houston has the backstory about why all those buns and bread had to be thrown away at In and Out, Whataburger, and Raising Cane's.

Pages of Victory remembers what he can about his dad on Fathers Day.

And Harry Hamid's new job at Netflix presents some interesting challenges in the wake of the company's employee 'don't stare' policy.
Posted by PDiddie at Monday, June 18, 2018