Off the Kuff took a look at the already-crowded field vying to knock off Rep. John Culberson.

Easter Lemming recapped the disappointing Pasadena election, and the the Lewisville Texan Journal also has posted results for elections held there over the weekend.

CouldBeTrue of South Texas Chisme noted that Texas Republicans are just as greedy and mean spirited as ever. Insurance industry over consumers and papers please for profiled people.

Dos Centavos saw Greg Abbott's signing of the anti-sanctuary legislation as an outlawing of brown skin.  And on Cinco de Mayo, John Coby at Bay Area Houston issued a call to arms (to the polls).

Texas Leftist decried the passage of Trumpcare by the US House, and Ted at jobsanger sees racism as the cause for the GOP abandoning their own plan.

Texas Vox advanced the state's solar energy conference to be held in Austin in June, as energy entrepreneurs throughout the state will convene and network.

On Star Wars Day (May the Fourth) the Empire struck back, observed PDiddie at Brains and Eggs.

Neil at All People Have Value attended May Day protests in Houston that called for fair wages for all. APHV is part of NeilAquino.com. 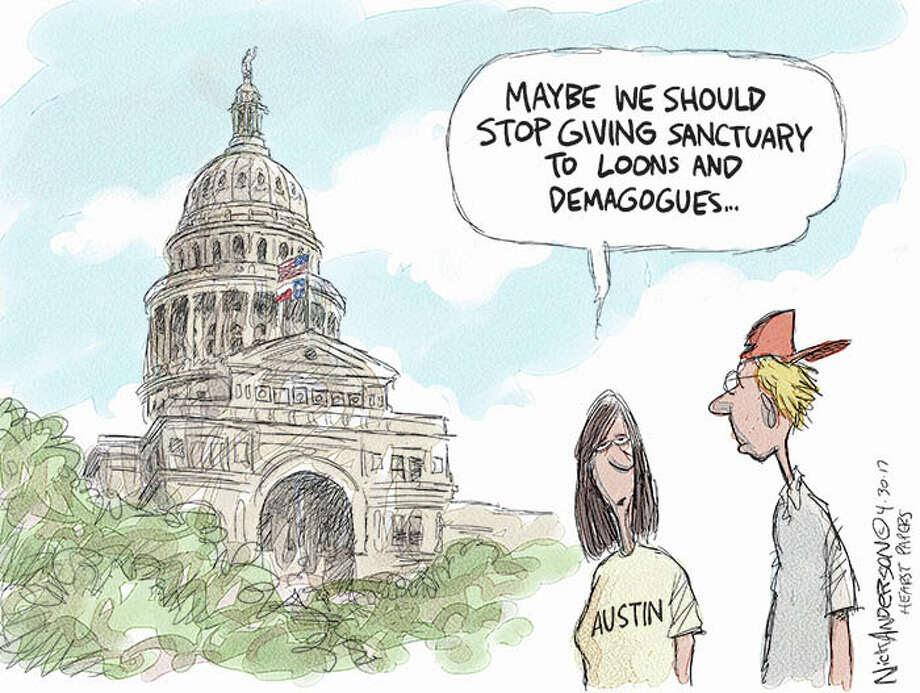 The Rivard Report takes a look at the San Antonio mayor's election, where a runoff between incumbent Ivy Taylor and city council member Ron Nirenberg will determine the winner.

From KERA, allegations of voter fraud have delayed the election results of a city council seat in west Dallas, with a runoff likely.  And All Ablog Austin has the final poll numbers from the Central Texas counties of Travis, Williamson, Hays, and Bastrop.

Equality Texas has the call to action on some of the more hateful legislation on tap this week from the Lege, including HB 3859, a bill that would allow child welfare organizations, agencies, employees, and foster parents that contract with the state to discriminate against LGBTQ families and others when making foster care and adoption decisions.

Texas Watch marks the passage of the House version of the Blue Tarp Bill, with the Senate still to vote on its own, and Grits for Breakfast rounds up a few of the police accountability bills that are bottled up in the Lege.

Via the Texas Tribune and the Austin American Statesman, the Texas House passed two other noteworthy bills: eliminating the governor's right to appoint his donors to state posts, and doing away with the straight-party ticket voting button.

RG Ratcliffe at Burkablog documents the trend toward partisan local elections (which used to be much more non-partisan).

Texas has experienced an alarming spike in pedestrian deaths throughout the state, with drunk or distracted walking blamed as the cause, reports CultureMap Houston.

Somervell County Salon ruminates for the easily amused about the demise of net neutrality, and Pages of Victory excerpts from a recent article wondering why, in the face of such repeated and terrible Republican action, the Democrats keep losing to them.
Posted by PDiddie at Monday, May 08, 2017