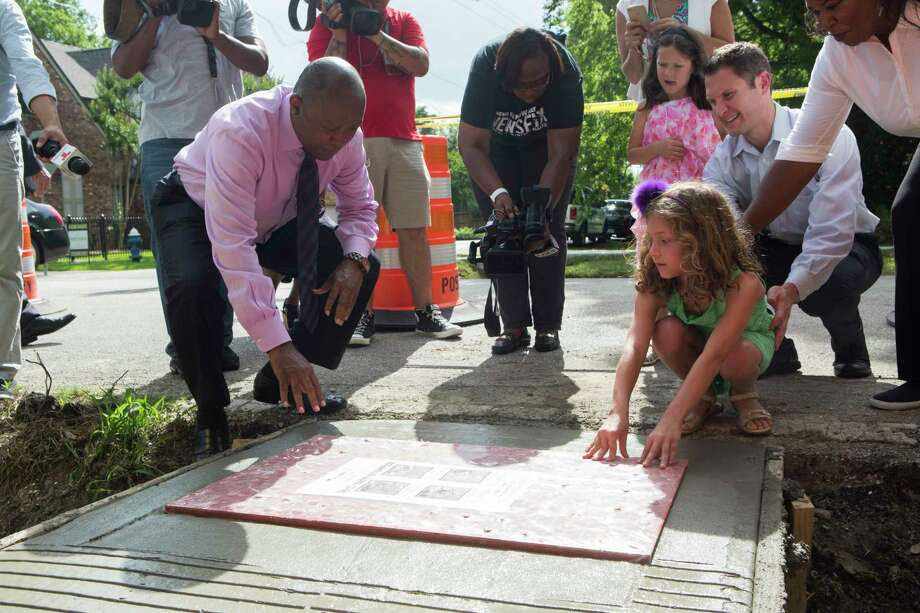 It is a very unfortunate thing to have to point out, especially coming from an old white guy speaking about a black man, a prominent Houston politician who grew up in one of the city's poorest neighborhoods, who served that district with distinction in the state legislature (if not always to its best interests) and now serves as the fourth largest American city's mayor, a post he has desired for more than twenty years.

Nevertheless, truths are inconvenient, and this is one.  Turner is not the stereotypical character of Vaudeville and 1930's film fame but their careers share remarkable similarities.  Both men are -- were, in Lincoln Theodore Monroe Andrew Perry's case -- just playing roles dictated by society's circumstances in exchange for money, power, and influence.  Turner in fact might be more accurately described of late as a House Negro or an Uncle Tom, although he is in full command of the house on Bagby and as such has considerably greater influence over the course of events.  But that leadership, more accurately his hypocrisy on the definition of 'progressive', an issue longtime readers know chafes the hell out of me, is causing a little trouble in Bayou City, and it starts with an 'O' and it sorta rhymes with "homeless".  There's also a 'p' for 'panhandling', the most harsh and dehumanizing label that can be applied to the least among us in this regard, but we'll circle back to that in a moment.

Before addressing the ordinance that criminalized homelessness in Houston, advanced by Turner and one of the most conservative members of Council -- I teased it at the top of this post last week -- let's note what has happened since then: attorneys Eric Dick and Randall Kallinen have filed suit against the city on behalf of Phillip Paul Bryant, whose complaint is that the ordinance violates the expression of his religious beliefs.  And Mayor Turner made an appearance at the "Food Not Bombs" weekly feeding of homeless persons at their downtown location last Sunday evening spoke at Houston's rally for the climate at the end of April where he was confronted by a Food Not Bombs volunteer and allegedly retorted: "y'all are parading and pimping the cause" of caring for the homeless.

The mayor's press office, contacted for a response about this phrase, neither confirmed or denied that Turner used those words as of post time.  They did start the pushback early, after I scratched on several members of the mayor's staff for a response on the record.  (Turner was in Philadelphia yesterday for meetings; if his office responds regarding the comment specifically and not with more spin, I'll update here or post fresh.)

It's hard for me to understand why the mayor and all the Democrats on Council would join the Republicans in making poverty a crime -- who is the victim of this crime? -- but some Democrats are scared of panhandlers, so there is obviously that.  Public sentiment runs strongly against homeless congregants, at least according to my neighbors on Next Door, so there's that as well.  Seems to be little question that cracking down on poor people is popular.

But it's more difficult for me to get to the mayor's mindset on this 'pimping the cause', because ... what does anyone have to gain by feeding the homeless that corresponds with the definition of the word 'pimping'?  Does Turner believe there's money, or Doorknob forbid, sexual favors to be had in organizing to share food with poor folks?  Doubtful he believes this.

Let's give our mayor the benefit of the doubt and assume that he is not a full-blown sociopath or psychopath in regard to these continuing efforts to drive the homeless out of town.  His ordinance makes no provisions for where the folks being shoved out from under the overpasses might go; so far, just some friendly chats with non-profits about maybe stepping up their game a bit.  And hey, that's working; he claims two or three people he's gotten off the streets in the last week or so.  Just a few thousand to go.

Honestly, I feel he's just a little overly concerned about holding onto his job, particularly in a year when municipal elections are unlikely to be held, and he's following the lead and using the tactics of the neoliberals who were elected before him to do so.

Turner has paid some heavy dues -- no pun -- in saving the city's budget from the "awful" pension deal for policemen and firefighters that has long threatened Houston's financial future, a problem negotiated by his predecessors long ago which, like so many other municipal retirement obligations across the country, became unfunded liabilities due to the GOP's relentless efforts to drown government in the bathtub via tax cuts.  But Houston's dilemma was most certainly a steel can kicked down the road and smacked into his head by Bill White and Annise Parker, two more of the most conservative, corporate Democrats you can find anywhere.

Turner is smart enough to see a successful model for re-election, and in this town you can talk like a Democrat but you better act like a Republican.  He didn't just barely defeat Bill King because he was a progressive, after all.

And Turner has talked a good game while playing a hard and winning one: he browbeat the Lege into passing his reforms after threatening to lay off thousands of police and firemen, which made obstinate jackass Paul Bettencourt fold like a cheap card table.  Some pretty strong jiu-jitzu; stoking fear of increased crime rates goes straight to the GOP lizard brain.  Let's tip our hat to him on that.  But in the long run, HPD and HFD will go into retirement with much less security because nobody in charge has dared to suggest increasing taxes to pay for unfunded mandates, a reality for a long time now.  Democrats have gotten rolled on that one for decades, not just in Houston and not just public employees but teachers and those of us in the private sector as well.  (How's your 401K been doing over the past twenty or so years compared to your dad and granddad's pension?  A little too much wave in the gravy?  Too rough a ride on the old stock market roller coaster?  Ready to have Wall Street take over Social Security?)

Turner showed up at the Climate March on Saturday and made another speech emphasizing unity and inclusion.  He's fought hard for sanctuary for DREAMers and the undocumented against the Austin Republicans and the Trump Deportation SS, aka the Texas DPS.  He's big on holding the fort for the LGBT community, and they'll once again be strongly behind him whenever he next stands for re-election.  Those people are well-organized, after all, and the Latino bloc remains the so-called sleeping giant in electoral politics.

Not so much the homeless.  Hard to have a photo ID if you don't have an address.  Trying to figure out where your next meal might be coming from is a little more important than voting in the HISD recapture election wrapping up, after all.  And if we don't have any city elections this year ....well, there goes some accountability for Democrats to act like they care about working people, non-working people, and those less fortunate than that, and to be more concerned with little girls who live in the Heights who want their sidewalks fixed, or the moderate Republicans in River Oaks and Tanglewilde Tanglewood (thanks for this correction to DBC in the comments, also with his take) who despise seeing those dirty people holding signs begging for money at the intersection.  And who write fat checks to politicos.

It's probably not Turner being a sick dude with some deep animosity for the poverty-stricken; he just wants to stay in that nice office downtown, with the limo and the bodyguards and all the other trappings of power and influence.  And he needs a lot of corporate cash from the upper crust in H-Town -- the actual sociopaths, in other words -- to do so.  He's completely lost me, however, just like every other Democrat who conducts themselves in this fashion.  This losing touch with their roots and their base seems to be why Democrats in general are failing, but as former CD-7 candidate Jim Henley noted in a FB post about Obama cashing in post-presidency, there remain a lot of very dense Donkeys unable to see the problem.  So they make excuses, or go lower by playing the race card.

I expect this post will draw some of that vitriol as well.  I'm braced.

Sylvester Turner is not Stepin Fetchit, so I sure wish he would stop acting like him.
Posted by PDiddie at Wednesday, May 03, 2017

[nods in approval] My response is here.