Of oil spills, then and now

I mentioned it briefly last week, but in light of the weekend's events, a reminder that the past is often prologue.

Before the Deepwater Horizon oil spill in 2010 in the Gulf of Mexico, there was the Exxon Valdez disaster in Alaska, at the time the nation’s largest oil spill.

The 987-foot tanker, carrying 53 million gallons of crude, struck Bligh Reef at 12:04 a.m. on March 24, 1989. Within hours, it unleashed an estimated 10.8 million gallons of thick, toxic crude oil into the water. Storms and currents then smeared it over 1,300 miles of shoreline.

For a generation of people around the world, the spill was seared into their memories by images of fouled coastline in Prince William Sound, of sea otters, herring and birds soaked in oil, of workers painstakingly washing crude off the rugged beaches.


I was living in Midland, Texas at the time, and the reaction there was as predictable as you can imagine.  "It's not Exxon's fault, it was that drunk captain"... and besides, when are you going to park your car and ride your bike, you dirty hippie?  Socratic Gadfly also remembers.

Per Wikipedia's story on the disaster, when in the original suit, eXXXon was hit with $5 billion in punitive damages, it got a $4.8 billion line of credit from J.P. Morgan. To insulate itself, Morgan created the first modern credit default swap.

In other words, eXXXon's Alaskan oil slick helped crap on the American economy nearly 20 years later. That said, why would anything about any unholy alliance between Wall Street and Big Oil surprise you? See: "Bros., Koch" for more.


The more things change, the more they remain the same. 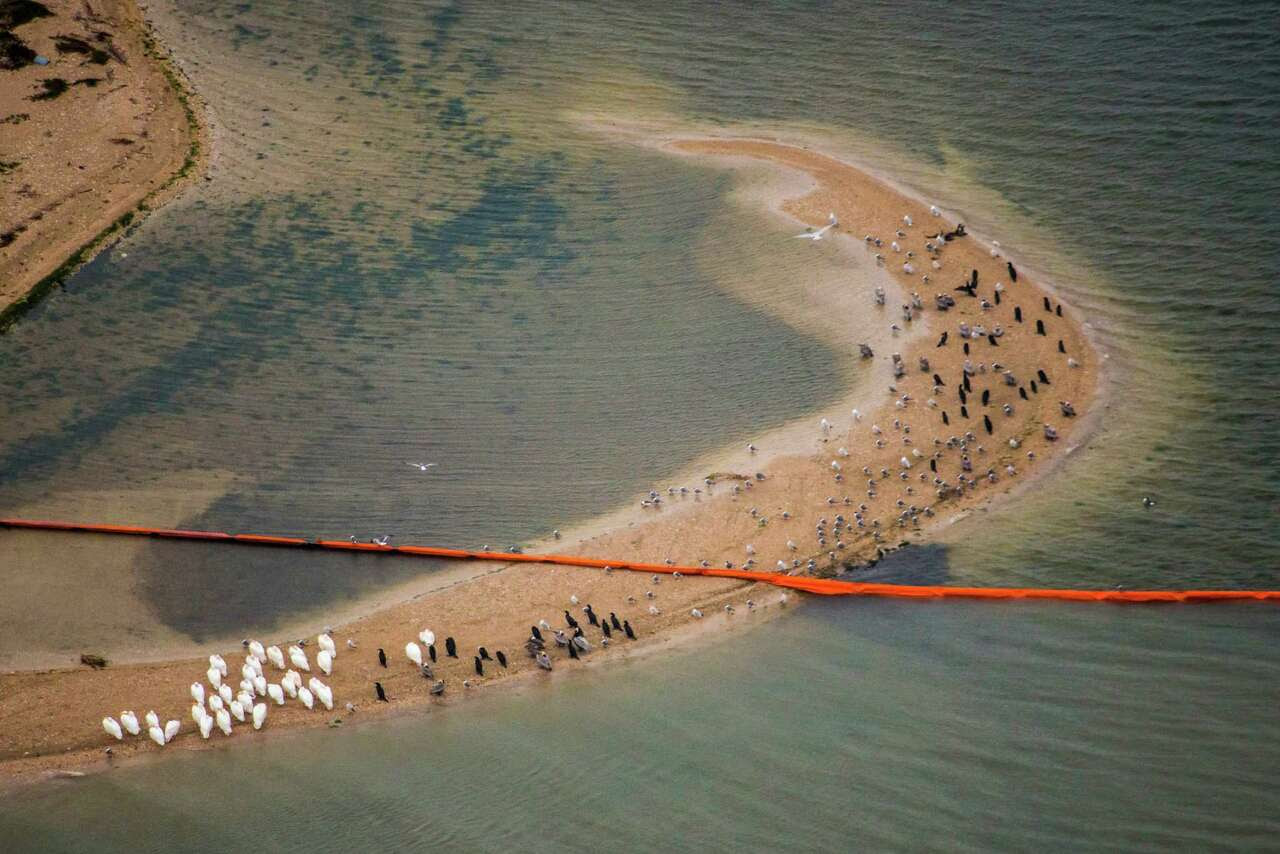 The Houston Ship Channel remained closed to marine traffic Sunday as efforts continued to remove up to 168,000 gallons of heavy oil that spilled into Galveston Bay on Saturday afternoon, inciting concerns about potential widespread economic impact and closure of the eight refineries that make up the world's second-largest petrochemical complex.

The 52-mile Ship Channel, connecting the country's largest exporting port to the Gulf of Mexico, will not reopen until the water is clear of the fuel oil that spilled after a ship and barge collided near the Texas City Dike, which officials said Sunday could take several days, if not weeks.


The barge leak in the HSC won't be, thankfully, as bad as the Exxon Valdez disaster.  It's just that the oil industry and its consumers haven't learned any lessons in the past generation.

"This is devastating," said James Stork, 46, a Galveston native who owns a medical staffing company. "I think cleanup is going to be a lot more than they expected. It's really going to affect the economy for people who depend on fishing and shrimping,"

The spill also comes at the "worst time" for tens of thousands of shore and seabirds, an estimated 50,000 of which roost at the Bolivar Flats refuge only about two miles from where the spill occurred, according to Richard Gibbons, conservation director for the Houston Audubon Society.

"We're at the peak of the birding season. In a couple weeks, there's a birding festival," said Anna Armitage, a professor at Texas A&M University's Galveston branch who is an expert on marshes and marine habitats. "This is one of the worst times for birds to be potentially exposed."

Experts said it is too soon to say how extensive the environmental and economic damage will be. But fishermen said they were already throwing back oil-covered catches.


Most of the comments on social media over the weekend focused on inconvenienced cruise line passengers.  Coming in a close second were the sport fishermen with the means to rearrange their charter excursions.  A distant third were the conspiracy theorists declaring that there would be an increase in gasoline prices to follow soon.  Community "leaders", meanwhile, are wringing their hands over the impact to the economy.

Harris County Commissioner Jack Morman, whose Precinct 2 encompasses a large portion of the Ship Channel, said a closure lasting a day or two is not a big deal, but that he was told by Port of Houston Authority officials this one could last longer.

"It is concerning when you start getting closures of multiple days in a row," he said. "I think one day, like I said, is not unheard of and certainly wouldn't be too disruptive but multiple days you start really having an impact on our local economy, and regionally and nationally as well ..."


'Industry stakeholders, the Port of Houston, and its customers'.  Well, I guess that covers everybody.  Everybody that matters, anyway.  Right?

Go ahead and fry up some of those delicious Gulf oysters and shrimp, folks.  The cooking oil is already included.

Update: Wonkette adds their special spice to the stirfry.

If you are still receptive to hopeful sentiments on the issue of the environment, the last paragraph of NPR’s fish hearts piece is nice:

Discovering the mechanism that makes oil toxic to fish is like a coroner pinning down a mysterious cause of death — but taking 25 years to do it. And, as in a criminal case, this knowledge could give scientists evidence to hold companies responsible for long-term damages no one ever knew oil spills were causing.


That’s right, sue their pants off! Sue ‘em so hard the price of oil goes up. Yes, this would suck in its own way, but there is no “boy, that was easy!” solution here, and a sure way to spur the development of renewables is to make fossil fuels cost more. Finally, here’s a nice piece about a judge telling BP to pay up for all the delicious fish they murdered. That’s great! Now we just need the coal industry to start paying for the 13,000 people they kill every year. That’s our Exxon Valdez Day wish, what’s yours?

These companies have certainly learned their lessons about spinning any event like this.

During the BP disaster, the climate change blogs were roaring with harrowing info gleaned from satellite data, and media outlets were believing BPs underestimations. Even when the extent of the harm became clear, the media spin became "look at how cool the solutions to plug the leak are."

When I grew up, I had always heard that the Houston Ship Channel was one of the busiest in US, I later learned that it was busiest only because of its O/G imports/exports. That's certainly not something to be bragging about.