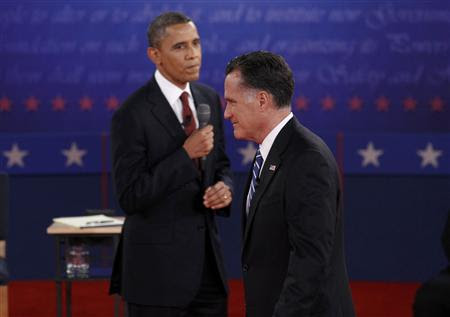 As a tactical matter, Obama executed one of the toughest of maneuvers: the counterpunch. When Romney attacked Obama for hindering the use of coal, the President recalled an appearance of Romney as governor of Massachusetts, where he vowed to shut down a coal-fired power plant. (The fact that Romney was probably right about the danger will be the subject of earnest substantive post-debate analyses that have no place here!)

And in talking about an area where the Obama administration has clear vulnerabilities—the attack on the American consulate in Libya—Obama summoned the inherent high ground of the presidency to condemn the “politicization” of the attack.

To be clear: There was nothing particularly off about Romney. He had several strong moments, most especially contrasting what Obama said he would do in 2008 with what in fact had happened over the past four years. This was, and is, the single most powerful argument against returning Obama to the White House, and Romney deployed it effectively.

It’s just that Obama found what he could not find in Denver—a coherent thread to make the case that he understands the middle-class in a way Romney does not. For those Democratic partisans wondering where “the 47 percent” argument was, Obama was saving it for the close which—because of a pre-debate coin flip—Romney could not answer. In this sense, it was like Reagan’s famous “are you better off?” question from 1980.

In a larger sense, however, Obama’s success is unlikely to have anything like the impact of that 1980 debate, nor will it likely alter the terrain of the campaign as the first debate of 2012 did. Had the Obama of this debate showed up two weeks ago, he might well have ended Romney’s effort to present himself as a credible alternative to the president.

That opportunity vanished that night. While it’s clear that Obama’s performance will revive the enthusiasm of his supporters, it seems unlikely that it will cause those impressed by Romney to reconsider. Like they say in show business, timing is everything.

What'd I say yesterday? That I didn't think he could do it. But he did.

Greenfield nails my reaction. Except for Crowley's correction of Romney on Libya, which drew audience applause. That's where the Republican lost his footing, and by the end he was shrill and desperate. "Government does not create jobs! I will create jobs!", he shrieked.

Meanwhile, Obama was drawing his sword. He saved the best 47% for last.

The "Binders Full of Women" thing is the meme to watch for among the cartoonists, comedians, and SNL skits, however. 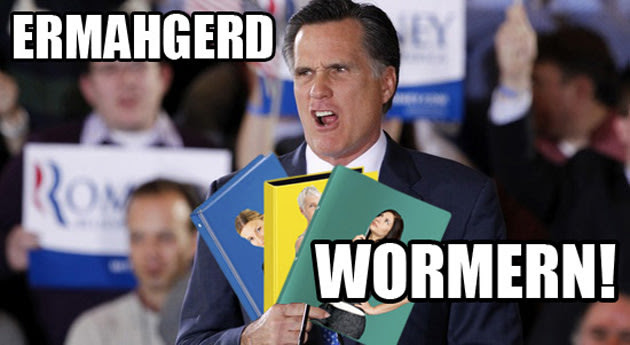 -- 'Walmart Moms' give it to Obama... barely. I question the judgment of anyone who allows themselves to be labeled that, frankly.

-- "Romney hits Obama right in the fist with his nose."

-- The Green candidates Jill Stein and Cheri Honkala got more mainstream headlines yesterday than they have the entire cycle. As we figured, they had to get arrested to do it.

We may not be better off but I sure wouldn't want to go back to Bush on steroids.