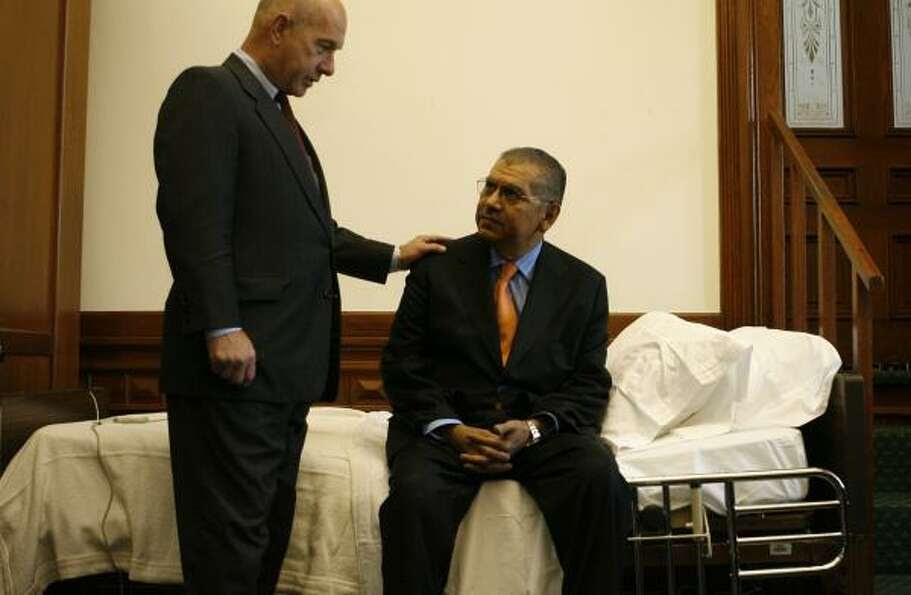 State Sen. Mario Gallegos, 62, a Democratic lawmaker whose 22-year career in the Texas Legislature was marked by courage, controversy and dogged commitment to issues of importance to the Hispanic community, died Tuesday afternoon at Methodist Hospital in Houston from complications of liver disease.

Gallegos, the first Hispanic elected to the state Senate from Harris County, took a special interest in public education, minority hiring, criminal justice, redistricting and other issues that he believed would have an effect on the lives of the predominantly working-class residents who made up the majority of his state Senate district.

In 2007, only weeks after undergoing a liver transplant, a sick and weakened Gallegos ignored a doctor's call to return to Houston and installed a hospital bed in the office of the Senate sergeant-at-arms so he could cast his vote against a bill requiring voters to show photo identification. Gallegos argued the bill would discriminate against minority voters.


The rest of his obit at the link, including the good, the bad, and the ugly. Gallegos' name is on the ballot for November.

Gallegos ran unopposed in the Democratic primary, but faced Republican opposition from R.W. Bray in the November election.

If Gallegos is re-elected posthumously in his heavily Democratic district, the governor would call a special election for May 11 (2013)...


The sad demise of the senator sets off an unfortunate behind-the-scenes scrum to succeed him in the state senate.That will be the subject of future posts, however. Today we mourn the loss of a senator who always represented the causes of working people, of Latinos, and of progressives. Rest in peace, Senator Gallegos.
Posted by PDiddie at Tuesday, October 16, 2012