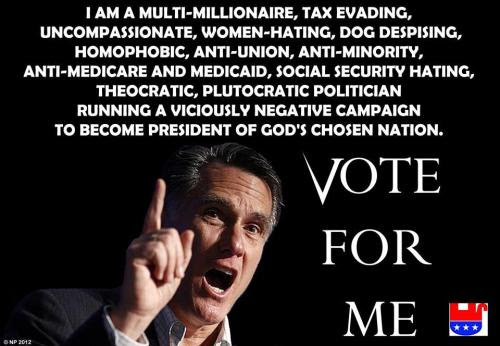 "Mitt Romney once lost $2 billion. Then he found it in another pair of pants."

"I'm actually – I'm not familiar with precisely, exactly what I said. But I stand by what I said, whatever it was. And with regards to – I'll go back and take a look at what was said there."


Until next week, when I'll say whatever I think you want to hear and then I'll stand by that until I have to stand by something else I said.