Of Weiners (and Anthony)

I'll leave aside the condemnations of Rep. Anthony Weiner, of politicians on both sides generally, of those who would wring their hands and cluck their tongues over "the decline in moral values" -- you can read plenty of that elsewhere -- and try to focus on what's actually going on with this episode.

And I would like to start with this: everybody has their own version of whatever it is that bangs their shutters. And what does it for some does not for others, as the following article -- written before Rep. Anthony Weiner's confession yesterday -- clarifies ... for those who were still unclear.

Putting aside the issues of inappropriateness (the recipient was a college student) and accuracy (Weiner has maintained that his Twitter account was hacked in a prank), this fact remains:

Weiner, or someone pretending to be Weiner, apparently assumed that women would enjoy seeing photos of bulging briefs via Twitter.

We polled some women. Really, they would like to see . . .

“I would like a photo of a made bed,” says Kathryn Roberts, who works at a law firm in Washington. “I would take rose petals, but I want them on top of a made bed.” And not that fake kind of made, either, where the comforter is smooth but the sheets are a jumbled mess.

Over the years, a handful of famous men — and a boatload full of unfamous, Craigslisty men — have landed in the news for sending women photos of their artfully framed packages. Brett Favre allegedly had a special delivery for Jenn Sterger, a sideline reporter for the New York Jets. Kanye West allegedly provided some of his female MySpace friends with some extra-friendly pictures. There are entire Web sites, aimed at men, teaching them the etiquette for public displays of private parts.

How about you move away from the below-the-waist close-up? How about you try going naked from the waist up? How about a picture of you, sweaty, cleaning out the storm drain? How about a photograph of you gently caressing the yogurt, as you rotate the soon-to-expire food to the front of the refrigerator? So sexy! 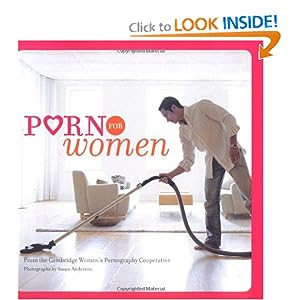 Not all women like this, of course. This is the part where we call up an expert, who affirms that there is a great diversity in what women find arousing.

“There is a great diversity in what women find arousing,” says Marta Meana, a renowned psychologist who studies women’s sexual function at the University of Nevada at Las Vegas. She would never want to make blanket statements about what does or does not put wind in one’s sails.

“But,” she says, if you look at the empirical literature, it does indicate that the majority of women are not as aroused by pictures of” naked man-parts.

Cindy Meston directs the Sexual Psychophysiology Laboratory at the University of Texas at Austin. She is a past president of the International Society for the Study of Women’s Sexual Health. If there is something you want to know about what turns women on, she is the person you call.

Women, research increasingly shows, are nuanced sexual beings whose arousal depends on context, mood and a whole bunch of things they aren’t even aware of. Men are different. Men do tend to find the equivalent naked pictures of women titillating. When they send women photos of their genitalia, they are engaging in a sort of sexting golden rule: I think it’s hot, so you should, too. (If women also employed this rule, they would text pictures of themselves taking out the recycling.)

“I can picture liking a photo that’s a little private and romantic,” says Amy MacHarg of Arlington County. She could envision a photo of some massage oils, or perhaps a man sitting at a candle-lit table. He would be holding a pan. Because he had just cooked the meal.

Her friend Sara Monsef has a different dream. “I would like to see a photo of a man who has organized his books alphabetically and by genre,” she says.

OK, we get it; it's a Mars/Venus thing. I posted on FB last week -- also before Weiner, ah, exposed himself as a non-truth-teller -- that I missed the good old days, when you could take a picture of your dick and nobody would see it except your girlfriend and maybe one or two other people. Only women initially responded to the post, and the reactions ranged from "And the developer at the drugstore and everybody he showed it to", to "Why do you want a picture of your dick anyway? Don't you know what it looks like?"

To that last I would (but did not) respond: "Why do you take a picture of your children? Don't you know what they look like?"

There's a lot going on here and it's all worth mentioning: yes, there is that "decline of moral values" crap and also the usual testosterone poisoning and insensitivity all men are afflicted by, combined with the evolving definitions of "social media", the licentiousness of some people colliding with the prudishness of others, as well as the fact that it's not constricted so much any longer by age or even technological proficiency but goes along with the increasing obsessive/compulsive nature of the virtual world versus the real one.

Men of my generation grew up reading Playboy, and then Hustler. When we got older and had a little more money we went to the Playboy Club ... or the titty bar. If we earned a lot more money then we paid for a hooker. The women involved were not unwilling accomplices, either. They realized a lucrative opportunity when they saw one: they could get paid by the men to accommodate their predilections, to whatever degree they by mutual consent extended. The first time I ever showed my wife a video of a facial shot (it wasn't my first time) the very first thing she said was: "How much did she get paid for that?" A question I had never considered but instantly knew the answer to: "As much as was necessary to get her to say 'OK'."

And of course that's just the growing-up-straight-in-a-small-town version. YMMV.

And long before there was ever any money involved, people took naughty pictures of each other and of themselves, beginning a short time after the first cameras were invented. It's just that now those pictures can be uploaded to the WORLD WIDE Web and shared with everyone on the planet, whether one meant to do so or not. Do you remember -- two or three years ago -- when Facebook was initially a place where all the kids were hooking up? And then their mothers and fathers found out and started joining in order to monitor them, and then they found their high school friends (or others) they had long fallen out of touch with ... and now nobody ever has to attend a high school reunion any more. And now there are social media seminars cautioning kids not to post pictures on FB of that rock concert where they pulled up their shirt or pulled down their pants because it might affect their future employment prospects, and companies are suing their employees who are on workman's comp because they found those online photos of them wind-surfing in Cancun.

You used to have to pay a private detective to dig up that kind of dirt. Another industry destroyed by the Internet. Anyway ...

At this point I have but one request for the women reading this: please don't ever again ask your man, if there is one, why he was thinking with his little head. That's all we have ever thought with, for goodness sake.

I hope Anthony Weiner does not resign in the next couple of weeks because I think he's an outstanding legislator, but that's the over/under and I'm betting the under.
Posted by PDiddie at Tuesday, June 07, 2011

Did you really compare pornographic pictures to family portraits? Really?

You have got to be the most pious prude in the city of Houston, Matt.

I'm a prude because I don't equate pornography with family photos?

Well I don't. I don't think keeping dick shots is the same as (or even really comparable to) keeping pictures of one's kids.