The Texas Progressive Alliance -- a few members, anyway -- wonders why Democrats can't seem to generate many candidates or much enthusiasm for 2018.  Part of the reason may lie in a recent US House vote, where four of the state's most prominent Democrats -- Joaquin Castro, Lloyd Doggett, Beto O'Rourke, and Mark Veazey -- voted against a few small tax breaks for Hurricane Harvey victims.  Even Republicans were surprised, and explanations seemed unsatisfactory.

Off the Kuff laments the Fifth Circuit ruling that will allow some enforcement of the "sanctuary cities" law.

The F!^%*&ing Russians made headlines again, and PDiddie at Brains and Eggs cringed.

In Port Aransas, Texas Standard has an account from Cowboy Camp David, which is feeding the masses of Harvey victims and relief workers there. 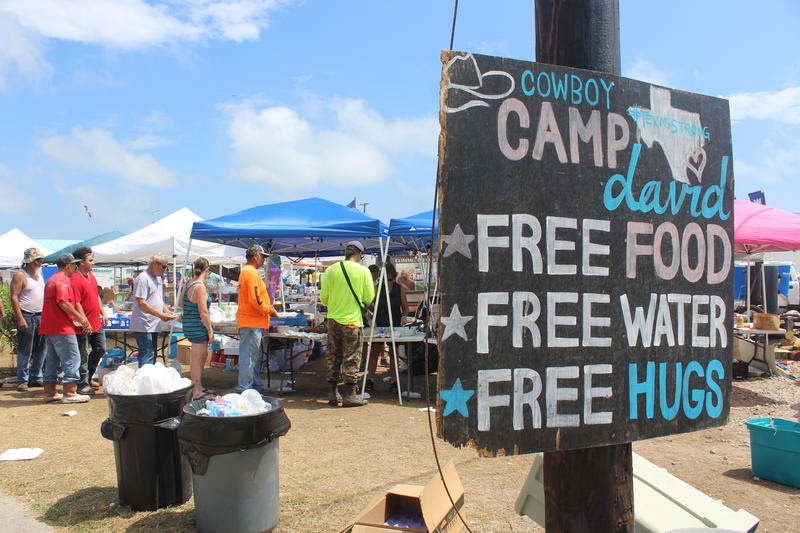 Better Texas Blog takes note of the extension of the Obamacare enrollment period for those who've been affected by Hurricane Harvey.

jobsanger cites Rasmussen as an authority on the ignorance of the American electorate (and the irony is rich).

The Lewisville ISD discussed the 'R' word in in its workshop last week, reports the Texan Journal.

Chris Hooks at the Texas Observer sees Greg Abbott's hostility toward the metro areas of the state untempered even by the ravages of Hurricane Harvey.

The Texas Tribune reveals the piles of dark money behind the lack of reporting about the dangers posed by petrochemical plants along the Gulf Coast in the wake (no pun intended) of Harvey.

David Collins at DBC Green Blog has a couple of posts about the callousness of Trump to the suffering of the people of Puerto Rico.

Neil at All People Have Value took a picture of electrical wires on a rainy day. APHV is part of NeilAquino.com.
Posted by PDiddie at Monday, October 02, 2017

Stealing the second opener about the Dems' Harvey vote. Also worth noting? Beto is still a bit of a squish on Medicare for All.