The Texas Progressive Alliance can't wait to see what tricks and treats Robert Mueller has in his bag as it brings you this week's roundup.  Early birds are watching Paul Manafort surrender this morning. 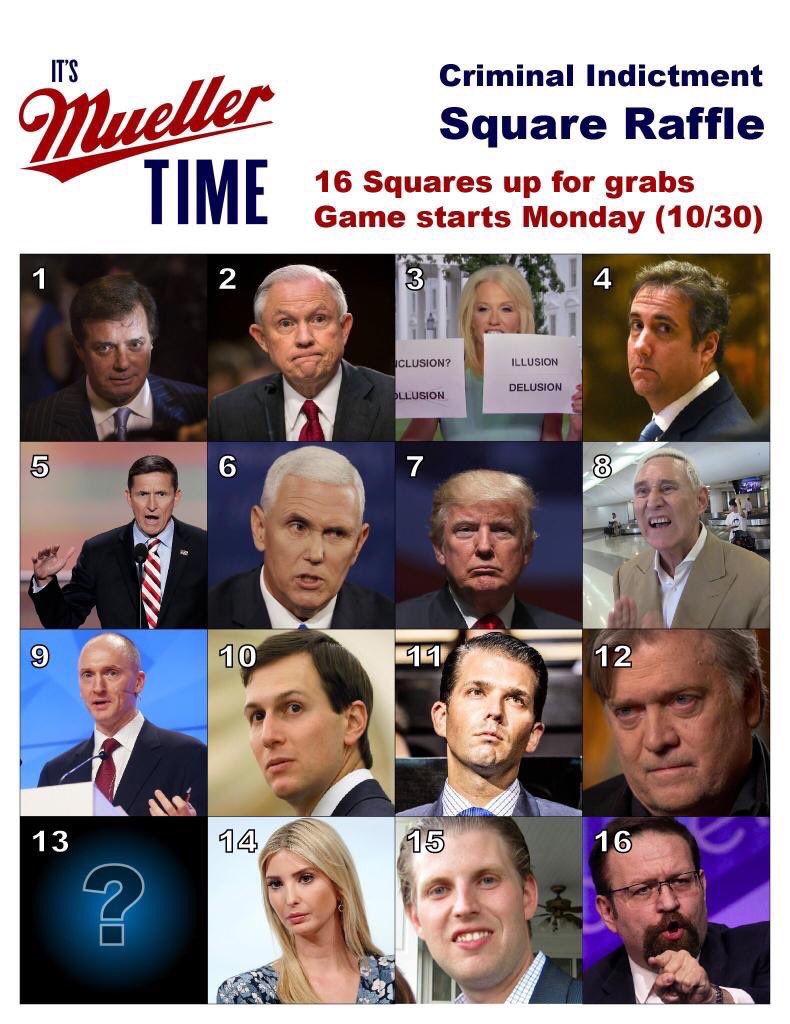 Off the Kuff looks at the latest UT/Texas Tribune poll and wishes the pollsters had a bit more vision.

Socratic Gadfly first offered his take on the Joe Straus retirement announcement and then excoriated the inside-the-Mopac media gaggle for its use of the phrase "moderate Republican."

The PDid slate -- recommendations in the ongoing election for Texas constitutional amendments, Houston municipal bonds, and HCC and HISD candidates -- is posted at Brains and Eggs.  Stace at Dos Centavos also has some advice for Houston and Harris County voters.

Texas frackquakes are getting mapped now, according to Texas Vox.

The Texas Moratorium Network has photos and video from the March to Abolish the Death Penalty last Saturday, at the Capitol.

jobsanger would like to remind you that Lee Harvey Oswald acted alone.


Houstonia has some suggestions for where you can celebrate Día de los Muertos.

Neil at All People Have Value reviewed the post-hurricane Harvey public art work in Houston called "Toxic Pile of Dirt." APHV is part of NeilAquino.com.

In more state news and lefty blog posts, Houston sports teams made news for all the right reasons and a few wrong ones over the weekend.

Something yuuuuge was missing from Rev, Franklin Graham's revival in Waco, and David Brockman at the Texas Observer took notice.

An undocumented teenager held in federal custody in Brownsville was finally able to exercise her reproductive choice after a month-long court battle.  Doyin Oyeniyi at Texas Monthly provides the account.

The Rivard Report bemoans how unsafe San Antonio is for pedestrians.

Writing for the Houston Chronicle, Dr. Jennifer McQuade of MD Anderson wants to know where our government is in Puerto Rico.  And in 'Techburger', his new blog for the Chronicle, Dwight Silverman gives four reasons why Amazon Key is a bad idea.

Aaron West at Free Press Houston has more on the history of the three skinheads arrested in Florida for firing a gun at protestors of the Richard Spencer rally.

Shannon Watts, the founder of Moms Demand Action for Gun Sense in America, eulogizes Catherine Vance, a 40-year-old gun safety advocate from Houston who passed away a few days ago.

And Harry Hamid has a few night anthems of a ghoul.
Posted by PDiddie at Monday, October 30, 2017