The Texas Progressive Alliance hopes that Alan Rickman is attending a David Bowie concert in heaven as it brings you this week's roundup. 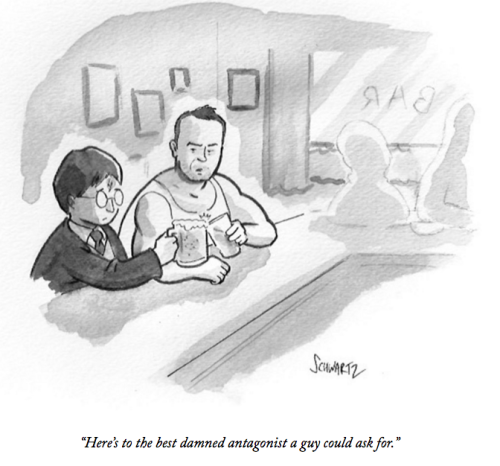 Off the Kuff describes the qualities he wants in a county commissioner to succeed the late El Franco Lee.

Libby Shaw, contributing at Daily Kos, continues her series on the state’s top three leaders, their hopeless pandering, and lack of vision, in The Texas Blues: Living in a place run by the Three Stooges of Bigotry, Snake Oil and Malfeasance.

SocraticGadfly, anticipating last Sunday's Democratic debate, took a cold look at the new heat -- primarily on Hillary Clinton's side -- between her and Bernie Sanders on single-payer health care vs. gun nuttery.

Before the last GOP debate, PDiddie at Brains and Eggs sensed desperation in the air. After it, the smell of fear lingered like... well, you-know-what.

Egberto Willies shared the video of Ted Cruz being carpet-bombed with facts by none other than Fox's Chris Wallace.

CoudBeTrue of South Texas Chisme is glad that there are regulations to keep our food, air, water, pharmaceuticals, workers, and consumer products safe. We need more and better, not worse and less.

TXsharon at Bluedaze shares the information on the D-FW public hearing regarding the region's air quality.

McBlogger has some more advice for the Clinton campaign in going after Sanders. (Hint: McB's a banker and doesn't care for Bernie's 'tax Wall Street' plans.)

Neil at All People Have Value noted the passing of baseball Hall of Famer and Negro League star Monte Irvin. APHV is part of NeilAquino.com.

The TPA is greatly saddened by the loss of Florencia "Flora" Medellin, and extends its deepest sympathies to her family and many friends.

And in commemoration of the Martin Luther King holiday today, Ashton Woods at Strength in Numbers posts the video and transcript of MLK's "I Have a Dream" speech.

Christopher Hooks, writing for Gawker, watched 13 Hours -- director Michael Bay's movie about Benghazi -- with 30,000 of his closest conservative friends at Cowboys Stadium in Dallas and lived to tell the tale write the review.

The FWST's PoliTex blog has details on Speaker Paul Ryan's swing through North Texas to help Congressional Republicans there, along with some related political quick hits.

David Saleh Rauf at the SAEN sees the San Antonio politicos buying up teevee air time well ahead of the March primary contests.

Grits for Breakfast pinpoints the underlying legislative problem that proponents of police body cameras will have to solve to achieve real transparency.

Better Texas Blog reviews the changes in penalties for not having health insurance.

Tamara Tabo laments how little we all know about our rights when we are pulled over by a police officer.

TransGriot reminds Caitlyn Jenner that changing hearts and minds in the GOP about LGBT issues is a waste of time.

The Great God Pan Is Dead selects his favorite art books from 2015.

And Juanita Jean revels in the latest Ken Paxton revelations.