The Week Before Xmas Wrangle 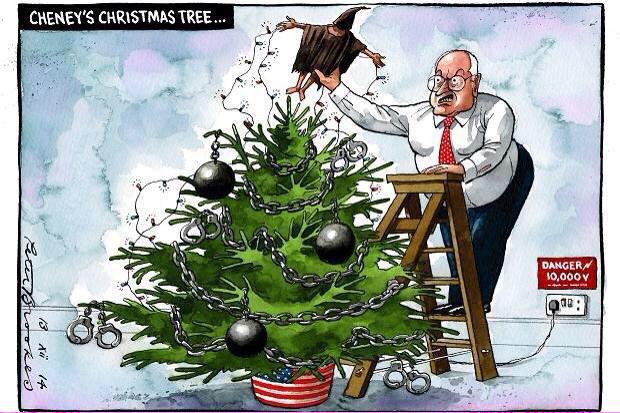 And for the record: No, using X in Christmas is not a secularization attempt.  The Texas Progressive Alliance has chosen to return fire in the War on Xmas this year as it brings you the best of the lefty Texas blogs from last week.

Off the Kuff says that the actual election results do not support exit polls that claim Greg Abbott received 44% of the Latino vote.

Libby Shaw, writing for Texas Kaos and Daily Kos, is not the least bit surprised to learn that two Texas oil and gas regulators got fired for doing their jobs.

CouldBeTrue of South Texas Chisme is calling for Court of Appeals Justice Nora Longoria to resign.  How can she be a judge when she got very special treatment in getting her DUI dismissed?

The Bible verses that contain the words "the poor will be with you always" do not mean what Rick Perry thinks they mean, says PDiddie at Brains and Eggs.  And not what many other Christians think they mean, either.

jobsanger has the results of a Rasmussen poll that asked the question: "Is Christmas a holiday for Jesus, Santa, or neither?"

EgbertoWilles points out that conservative radio talker Laura Ingraham has arrived at the same conclusion many non-voting Americans have: that the two major parties are too much alike.  Especially when it comes to the money flooding into both of them.

Texas Leftist noted that Judge Orlando Garcia declined to lift his stay in the case prohibiting gay marriages in Texas, likely because he was concerned that the Fifth Circuit would overrule it.

Texans Together considers the way forward on campaign finance reform.

Candice Bernd feels railroaded by the Railroad Commission in Denton.

Texas Politics notes that Rick Perry has asked to give a farewell address to the Texas Legislature when it reconvenes next month.  (We'd rather he just say "Adios, MoFos" and get on down the road.)

Socratic Gadfly mocked the ACLU's executive director calling for the pardons of Bush administration officials who authorized and engaged in torture.

The TSTA Blog reminds us that education is only a priority if it is funded like one.

Natalie San Luis offers a lesson in how not to do public relations.

SciGuy laments the budget cuts that will make it that much harder for NASA to get to Mars.

The Lunch Tray explains what the "cromnibus" spending bill means for school lunches.

And last, the TPA congratulates the Texas Observer on its 60th anniversary.
Posted by PDiddie at Monday, December 15, 2014