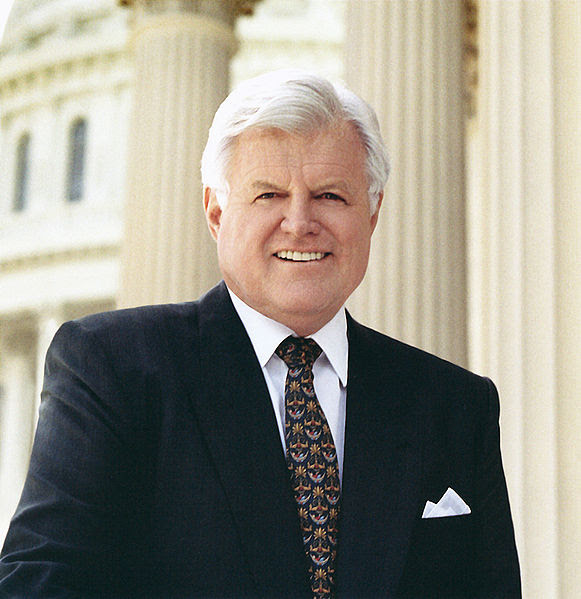 We loved him as a brother, and as a father, and as a son. From his parents, and from his older brothers and sisters -- Joe and Kathleen and Jack -- he received an inspiration which he passed on to all of us. He gave us strength in time of trouble, wisdom in time of uncertainty, and sharing in time of happiness. He will always be by our side.

Love is not an easy feeling to put into words. Nor is loyalty, or trust, or joy. But he was all of these. He loved life completely and he lived it intensely.

A few years back, Robert Kennedy wrote some words about his own father which expresses the way we in his family felt about him. He said of what his father meant to him, and I quote: "What it really all adds up to is love -- not love as it is described with such facility in popular magazines, but the kind of love that is affection and respect, order and encouragement, and support. Our awareness of this was an incalculable source of strength, and because real love is something unselfish and involves sacrifice and giving, we could not help but profit from it." And he continued, "Beneath it all, he has tried to engender a social conscience. There were wrongs which needed attention. There were people who were poor and needed help. And we have a responsibility to them and to this country. Through no virtues and accomplishments of our own, we have been fortunate enough to be born in the United States under the most comfortable conditions. We, therefore, have a responsibility to others who are less well off."