Bulldozing the Dead in New Orleans 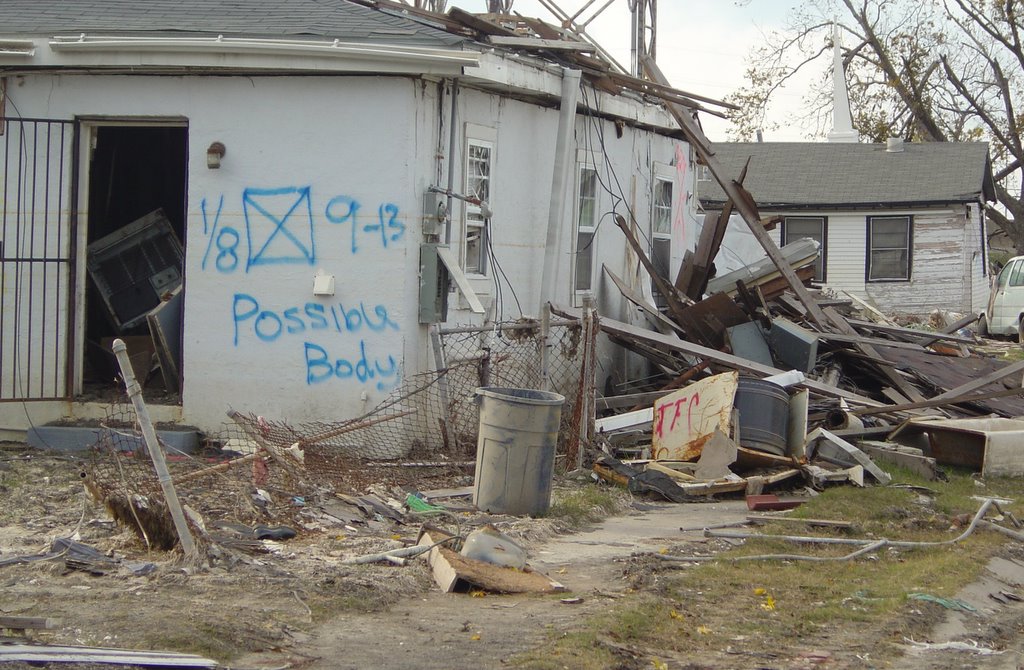 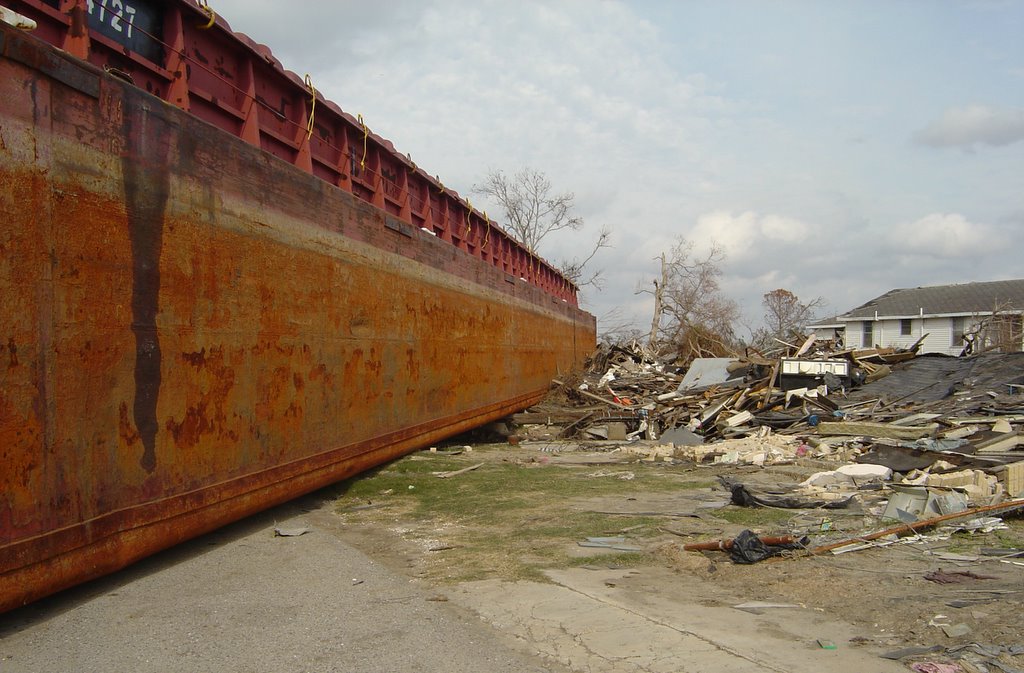 Joyce Green died on the roof of her Lower 9th Ward home as her New Orleans neighborhood flooded during Hurricane Katrina. Helplessly, her son watched her die as the water rushed dangerously below them. Just last week he was able to return to their collapsed house on Tennessee Street for the first time, and found her skeletal remains amidst the ruins. He was able to identify them because they were wrapped in the clothes she was wearing the day she died.

During Katrina, the Lower 9th Ward was deluged due to breaches in the Industrial Canal levee. Additionally, an enormous barge that was illegally left in the canal was launched into the neighborhood, destroying lives and property during its reckless trajectory. Four months later, many questions remain unanswered regarding the destruction in the Lower 9th Ward, including the question of possible criminal negligence. However, before those questions have been fully investigated, let alone answered, the City of New Orleans is rushing to bulldoze much of the neighborhood--without informing homeowners.

On the eve of the holiday season, Greg Meffert, the city's chief technology officer, revealed that the city would immediately demolish about 2,500 "red-tagged" homes in the Lower 9th Ward. Before Meffert's announcement, a red-tag merely meant that a home was unsafe to enter. The City of New Orleans website specifically states in bold italicized text that "a red sticker does not indicate whether or not a building will be demolished, only that the structure is currently unsafe to enter."

Yet the City decided to bulldoze red-tagged homes without informing homeowners of the new meaning of the red tags or the demolition order. This is a clear violation of due process, guaranteed under federal and state constitutions, which protects property owners from the unlawful destruction of their property. It is also a clear, opportunistic attack on the Lower 9th Ward community, whose historically black roots run deep in the neighborhood. Boasting the highest level of black home ownership in the nation, the area is also where many black New Orleanians have traditionally been able to purchase their first homes.

Much more from Scott Boehm (click the link in the headline), the Rude Pundit, and Schroeder.
Posted by PDiddie at Saturday, January 07, 2006