Two weeks ago, Burleson teen Ethan Couch killed four Texans. He got behind the wheel of his car with three times the legal limit of alcohol in his blood, mowed down several pedestrians, and now four families are without their children. One victim is crippled for life. "I'm Ethan Couch, I'll get you out of this," said to one of his friends in the car afterward.

The judge let Ethan off with 10 years probation and prescribed therapy. The defense argued that Ethan has "affluenza," a condition by which rich people don't understand and are thus not responsible for the consequences of their actions. State District Judge Jean Boyd didn't say she agreed with that particular argument, but Americans everywhere have balked that the deaths' circumstances resulted in such a relaxed punishment at all. Wendy Davis spoke out against the decision, calling it a "disgrace". Even Greg Abbott says his office is looking into it.

"Affluenza" is a term popularized in 1997 by a documentary of the same name. It is about the warped worldview of Americans in uppermost echelon of financial holdings -- and the consequences for the rest of us. The documentary was turned into a popular book. What the filmmakers and then authors never intended is for the term to be used, successfully no less, in defense of a killer. John de Graaf, "Affluenza" co-author, wrote an excellent piece for TIME about what this case reveals about the United States:

Liberals and conservatives alike have condemned the Texas decision. But before we cast the first stones, let's admit that Couch's actions do reflect our national "affluenza." After all, we have exalted consumerism above other values. And while we pride ourselves for our "exceptionalism," we have for years been exceptionally irresponsible in our naked pursuit of wealth.

We refuse to increase taxes on millionaires while cutting food stamps for the poor, and advocate cutting social security while ignoring the obscene bonuses of bankers whose speculation caused the 2008 crash. We allow thousands to die each year for lack of health insurance. We strip the mountains of Appalachia and poison our water to continue our addiction to fossil fuels.  We have made war under false premises while our drones kill civilians with impunity. We have supported murderous dictators -- think Pinochet or Rios Montt -- to assure continued profits. We could virtually end world hunger at an annual expense equal to what we give our military every week, but we refuse to do it. And we deny our role in changing the climate in drastic ways. All of these actions flow from affluenza, greed, and refusal to consider consequences. We rage about the Couch decision but ignore our greater responsibility to the world and future generations.

In 1877, the Sioux chief Sitting Bull spoke of the light-skinned people who were overrunning his lands: "They make many laws which the rich may break but the poor may not, and the love of possession is a disease with them."


Via this, affluenza has a symbiotic yet diametrically opposed condition known as "gulliblemia".   It causes a person to think and act in ways that are disassociated from their self-interest, thus keeping them in poverty.  The symptoms include:

-- Thinking that higher taxes on the affluenzant will hurt the gulliblemic.

-- Confusing the debt ceiling with a limit on how much the government can spend.

-- Thinking Medicare and Social Security are not government programs or are causing the deficit.

-- Thinking that shutting down the federal government is a good thing.

-- Watching Fox News for some reason besides comedic value. 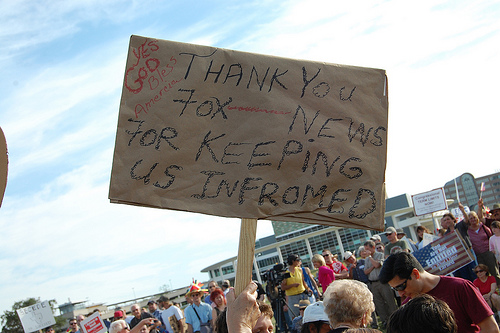 -- Logic centers of the brain aren't the only ones affected; lobes that control spelling and grammar are also damaged, and the comprehension of irony is nonexistent. 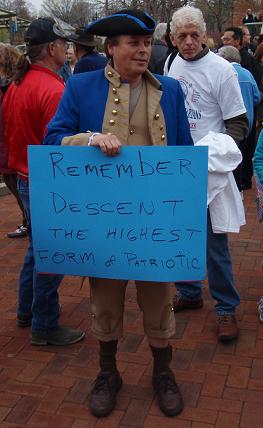 -- There is demonstrable confusion between religious law and federal and state laws. Here's an example of a chronic case... 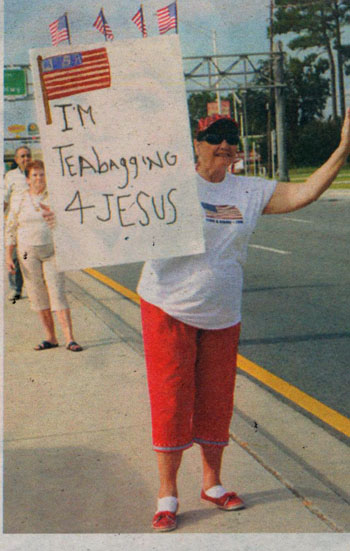 There are other associated symptoms that are not included in this list, and the good news is that gulliblemia is not contagious and in fact is quite curable. It sometimes requires an intervention, and there are some unpleasant withdrawal symptoms.

But people can -- and are -- being healed every day, and some gulliblemics are capable of making the journey to better health with only a small amount of absorbed ridicule, combined with heavy application of critical thinking.

So the next time you hear someone say "liberalism is a mental disorder", just look at who's doing the talking.
Posted by PDiddie at Wednesday, December 18, 2013

Just because the defense attorney raised this as a possible defense doesn't necessarily mean that's the reason the judge gave Couch the sentence she did.

I don't 100 percent agree with what Grits wrote on this, but I kind of think he's in the right ballpark, at least.

What Grits wrote, in case anybody wondered.