The 'Winter is Coming' Wrangle

The Texas Progressive Alliance's weekly round-up of the best lefty blog posts, news, and Tweets about and around the Great State is woefully late -- and abbreviated -- today due to doctors' appointments and preparations for the incoming cold front.  (Will be adding to this post tomorrow.) 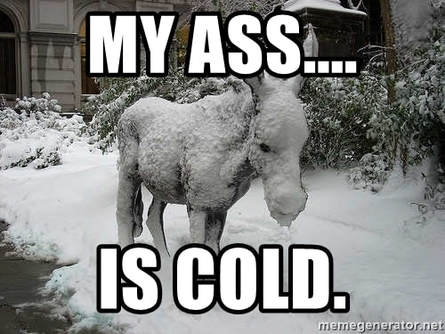 The battle between the state of Texas and the parents of Luna Younger, first reported in last week's Wrangle, has become a national story.

Amber Briggle, writing for TIME, excoriates Ken Paxton for being a hypocrite and violating the "privacy and safety" of a trans child.


What the battle over a 7-year-old trans girl in Texas could mean for families nationwide https://t.co/lArH2NYAlM
— Vox (@voxdotcom) November 11, 2019


In another case that has received nationwide attention, the fate of Rodney Reed still lies in the hands of a mute Greg Abbott.  Reed's growing support network has been anything but silent.


Protesters rally at the Texas Governor’s Mansion in an effort to stop Rodney Reed’s Nov. 20 execution.

Rodney Reed's case looks like an African American man being railroaded to his death because of a consensual relationship with a white woman who was cheating on a dirty cop.https://t.co/WI7fRWmKv7
— Texas Observer (@TexasObserver) November 11, 2019


Houston's muni elections shift into runoff overdrive, and Kuff gave his initial thoughts.  PDiddie at Brains and Eggs made predictions in the races in three separate posts, with a fourth on the alphabet districts still to come.

With some 2020 presidential developments, SocraticGadfly offers a trifecta of Green Party stories. First, he talks about the big hot mess the nomination process has become and why.  Second, he says Jill Stein is slouching further toward Gomorrah with her apparent support for one ticket.  Third, he looks at the financial and ballot difficulties in running as a Green.  And PDiddie also had his weekly update, with Beto out and Bloomberg in, a new Libertarian declaring, and an early preview of the next Democratic debate on November 20.

Amid confusion over the state's mandatory retirement law for judges, Texas Democrats reached out to the Secretary of State to ask: Will Place 6 be on the ballot in 2020?

Yes, SOS told them in an August email.


In the wake of the state's takeover of HISD, the TEA has scheduled community hearings this week to explain what's happened, and what happens next.

Dan Solomon at Texas Monthly adds some context to that Atlantic story about Texas secessionists.


1) It's irritating how much ink is spilled, year after year, about Daniel Miller and his tiny Texas secessionist movement, often, as here, without talking to experts for context. Rather than watching the so-calledhttps://t.co/IWbE37w5Jm
— Mark Pitcavage (@egavactip) November 8, 2019


Therese Odell at Foolish Watcher takes a break from documenting all things impeachment to highlight the appearance of Donald Trump Jr. and his ex-Fox News girlfriend on The View.

Stephen Young at the Dallas Observer reminds us that our old pal Rick Perry is now a key figure in the whole Ukraine debacle.


After @SecretaryPerry recommended a political supporter as an adviser to Ukraine's president, that country awarded the Houston man and his partner a "potentially lucrative" energy deal, the AP reports. https://t.co/yTdIgm3S65
— Texas Tribune (@TexasTribune) November 11, 2019

In Potter County, where Amarillo is located, jailers give legal advice to defendants; court-appointed attorneys rarely meet with their clients; and indigent defendants are left with the bill for legal costs, a new report found. https://t.co/ydjDRB2ddc
— Texas Observer (@TexasObserver) November 10, 2019


TransGriot looks forward to the 20th anniversary of Transgender Day of Remembrance.

And the TPA is saddened by news of the death of transgender activist Nikki Araguz Loyd.


For four years, beginning in 2006, Austin photographer John Langmore trained his camera on the city’s quickly gentrifying East Side.

It’s a snapshot of a place that “time will render unrecognizable to future generations.” https://t.co/KXo7q1DP7M
— Texas Monthly (@TexasMonthly) November 10, 2019