It isn't a mosque, it's a community center. And an actual mosque has been closer to Ground Zero since 1970 ... three years before the World Trade Center opened.

It takes a few days for the truth to be researched and revealed and broadcast, but by that time the Right has moved on to the next diversionary smear. 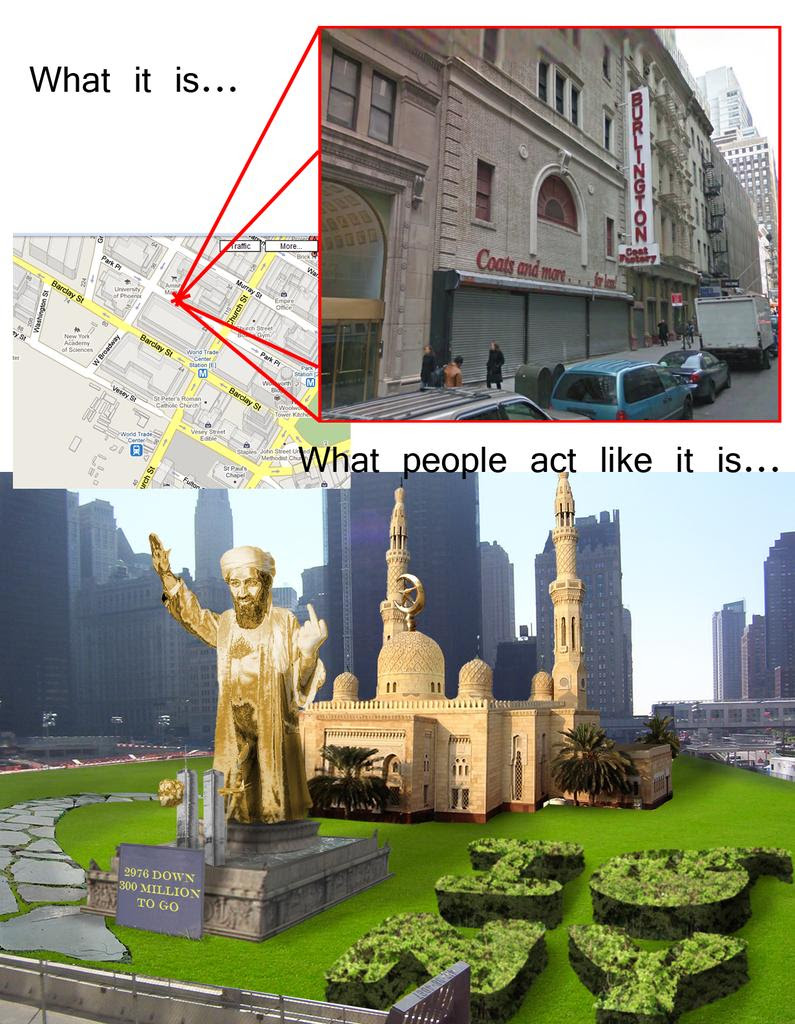 These people are masters at this sort of thing. How can they be so totally incompetent at actual governing?

John Cornyn and "terror baby" killers Louie Gohmert and Debbie Riddle are the Texas Three Mosque-eteers, but merchants of fear and hate like them are rife throughout the nation. Newt Gingrich succumbed to Godwin's Law yesterday, stupidly playing the Nazi card.

Remember their names. They are the real enemies of freedom, democracy, and America.

Those who would mess with those rights now may win some short-term political victories, they might shave some more points off the President's poll ratings, but they will not succeed in the long run -- because this is America and the forces of tolerance always prevail over those of bigotry.  And if the bigots do succeed in the long run, this won't be America anymore.

This is why I simply have no respect for anyone who remains with the GOP. Period. This is the modern Republican party in a nutshell, whether it be death panels, the MONSTER MOSQUE, terror babies, or Obama’s birth certificate. The crazy people are running the show, and folks who remain in the GOP but tepidly speak out against it aid and abet the lunacy. We should stop using the phrase “reasonable Republican” and “sane conservatives” and call them what they really are -- accomplices. It’s Malkin and Gellar and Louis Gohmert and Palin and Bachmann’s party now, and they’re just providing them cover.