If 37% of TeaBaggers have a college or post-graduate degree ...

... how come so many of them spell worse than a fifth-grader? 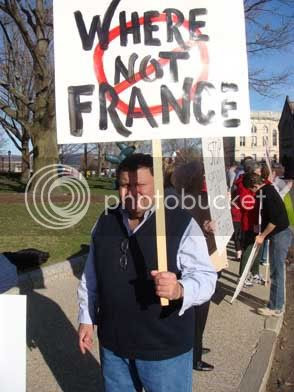 -- If 22% of TeaBaggers are over the age of 65 -- thus receiving Medicare health benefits and Social Security income from the federal government -- why are they opposed to "government-run healthcare"?

-- If TeaBaggers are paying lower taxes under Obama -- and indeed, 52% say their own taxes are 'fair' -- why do 82% of them think their taxes are going up?

-- Finally, how can it be that 40% of them support their own Congressional representative when only 1% of them approve of the job Congress is doing?

These are among the many imponderables associated with this overexposed, over-hyped, too noisy, too obnoxious faction of the electorate.

This monumental ignorance cannot all be attributable to the FOX News intelligence quotient (even though 47% cite that as their sole or primary source of information -- compared with 19% of the general public).

It's equally imponderable that all of this screaming and whining like babies that's been going for nearly a year now -- since last summer's townhalls on healthcare reform -- continues to attract so much media attention.

Update: RepublicanDirtyTricks.com, via jobsanger, with another good question.
Posted by PDiddie at Monday, April 19, 2010