I'm taking the day off and going next week. 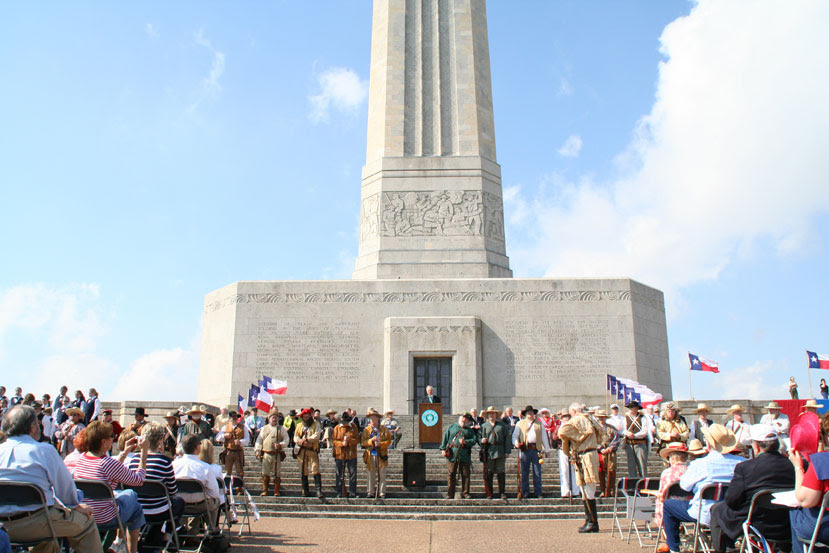 The Official San Jacinto Day Ceremony, commemorating the 172nd Anniversary of the Battle of San Jacinto, will occur on Monday, April 21, 2008 at 11:00 a.m. at the San Jacinto Monument, San Jacinto Battleground State Historic Site. The principal speaker will be Jesús F. de la Teja, Ph.D., Texas State Historian. The Master of Ceremonies will be Ron Stone, Jr. A musical prelude will be provided by the La Porte High School Wind Ensemble.

Oh yeah: a re-enactment of the battle as part of the San Jacinto Festival is set for Saturday, April 26.
Posted by PDiddie at Monday, April 14, 2008