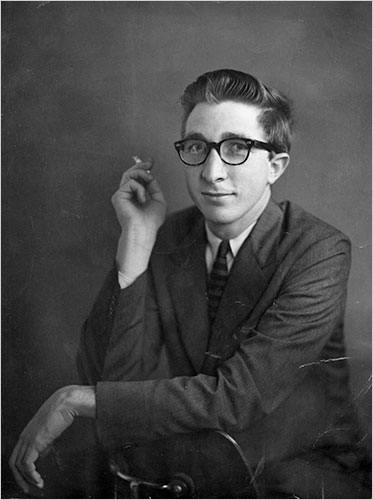 Endowed with an art student’s pictorial imagination, a journalist’s sociological eye and a poet’s gift for metaphor, John Updike — who died on Tuesday at 76 — was arguably this country’s one true all-around man of letters. He moved fluently from fiction to criticism, from light verse to short stories to the long-distance form of the novel: a literary decathlete in our age of electronic distraction and willful specialization, Victorian in his industriousness and almost blogger-like in his determination to turn every scrap of knowledge and experience into words.

It is as a novelist who opened a big picture window on the American middle class in the second half of the 20th century, however, that he will be best remembered. In his most resonant work, Mr. Updike gave “the mundane its beautiful due,” as he once put it, memorializing the everyday mysteries of love and faith and domesticity with extraordinary nuance and precision. In Kodachrome-sharp snapshots, he gave us the 50’s and early 60’s of suburban adultery, big cars and wide lawns, radios and hi-fi sets, and he charted the changing landscape of America in the 70’s and 80’s, as malls and subdivisions swallowed up small towns and sexual and social mores underwent a bewildering metamorphosis.

Mr. Updike’s four keenly observed Rabbit novels (“Rabbit, Run,” 1960; “Rabbit Redux,” 1971; “Rabbit Is Rich,” 1981; and “Rabbit at Rest,” 1990) chronicled the adventures of one Harry Rabbit Angstrom — high school basketball star turned car salesman, householder and errant husband — and his efforts to cope with the seismic public changes (from feminism to the counterculture to antiwar protests) that rattled his cozy nest. Harry, who self-importantly compared his own fall from grace to this country’s waning power on the global stage, his business woes to the national deficit, was both a representative American of his generation and a kind of scientific specimen — an index to the human species and its propensity for doubt and narcissism and self immolation.

He wrote about the mundane, and underneath his pen it became spectacular.

“I would write ads for deodorants or labels for catsup bottles, if I had to,” he told The Paris Review in 1967. “The miracle of turning inklings into thoughts and thoughts into words and words into metal and print and ink never palls for me.”

While his vast output of poetry tended toward light verse, in “Midpoint and Other Poems” (1969), the title work undertakes a self-examination at age 35, comically combining a homage to past great poets, autobiography and experimental typography in what the author called “a joke on the antique genre of the long poem.”

Born laughing, I’ve believed in the absurd,
Which brought me this far; henceforth, if I can,
I must impersonate a serious man.

As his fiction matured, Mr. Updike’s prose grew leaner and more muscular, and his novels waxed more exotic in form, locale and subject matter, especially in “The Coup” (1978), set in an imaginary African country; “Brazil” (1994), a venture in magic realism; “Toward the End of Time” (1997), whose story occurs in 2020, following a war between the United States and China; “Gertrude and Claudius” (2000), about Hamlet’s mother and uncle, and “The Terrorist” (2006), a fictional study of a convert to Islam who tries to blow up the Lincoln Tunnel.

Godspeed to one of the great American authors.
Posted by PDiddie at Tuesday, January 27, 2009