All of your regular online resources will be overwhelmed, so hang out with me and your favorite food or beverage.  I'll post something that breaks news, irregularly, once in awhile.

For the obsessive-compulsive in you (and me), keep an eye on the Twitter feed, top right, and the blog feed, also in the column on the right but below the 'endorsements'.  Those will be coming off shortly after the polls close in most of Texas -- looking at you, El Paso -- and Stan Stanart is (supposed) to have the mail and early voting results up on HarrisVotes.com.

The news on the corporate media at the moment has to do with some concerns about all the troubles Georgians are having in trying to vote.  But that's also true across the country.  It just may affect her race more than others. 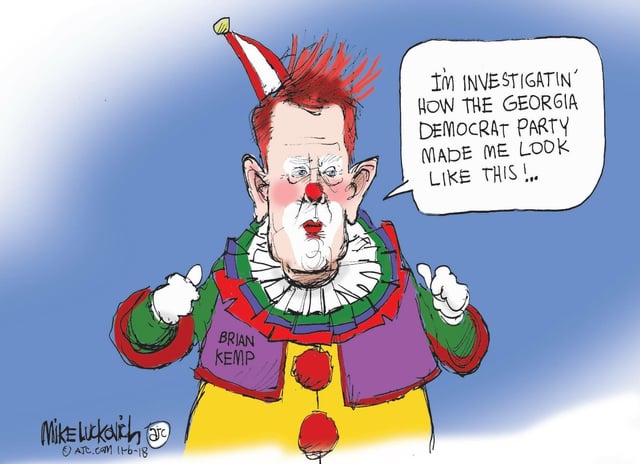 Meanwhile, here's a good piece on how seriously to take those exit polls, which we should be getting some results from in short order.

More below here throughout the evening.

Indiana Sen. Joe Donnelly is losing, fairly badly.  In Florida, Ron DeSantis has pulled ahead of Andrew Gillum and Rick Scott noses in front of Bill Nelson, with 91% counted.  In Kansas, Kris Kobach is losing his bid for the governorship.

In Texas, early returns look good for Beto O'Rourke, Gina Ortiz Jones, and all of the Dallas County Democrats.  Harris County returns are delayed due to a judge's decree holding some polls open late because they opened late this morning.

There are a lot of racists in Florida.  Georgia is looking grim for Stacy Abrams.

All of the US Senate races for Democrats are a nightmare.  The House is still moving toward a flip.

Harris County and Fort Bend are blue, with much of Election Day tallies still to count.  But it appears that there will remain no statewide D elected, although so many came so close.

He needed to revitalize one of the weakest Dem state parties in the country; reverse demographic voting trends in one cycle; coattails for down ballot; and defeat a savvy incumbent in a very red state. He appears to have pulled off all of but the last.
— Justin Miller (@by_jmiller) November 7, 2018

Ed Emmett did not hunker down low enough.

Posted by PDiddie at Tuesday, November 06, 2018 No comments:

Whatever happened to 'vote your hopes and dreams'?

There will be a blue wave, unless there isn't.  The red firewall will break the azure tsunami, unless Trump's hate spew has punched suburban holes in it.  The US House flips (but maybe not), and the Senate stays in Mitch McConnell's terrapin-like appendages, except maybe for a systematic polling error, a la 2016.

No wonder Team Donkey is experiencing some cognitive dissonance.

Who, or what, gets the blame if the Ds can't get it done tomorrow?  Voter suppression, from Georgia to North Dakota to Texas college campuses like Prairie View A&M and Texas State?  Voting machines flipping straight-ticket votes (to Ted Cruz?)  There will still be plenty of finger-pointing at Russian hackers and Green candidates, I feel certain.  Even if some dropped out of their race and endorsed the Democrat.

[The old Catch-22: "Greens should run in state and local races and build up to presidential races" instead of playing spoiler (sic) every four years.  "Greens should drop out and endorse Democrats because this is the most important election of our lifetime".  You know, since the one two years ago.  That was their fault Democrats lost.  Blah blah.]

There may be some less nefarious, more legitimate reasons the election will be won -- or lost; for example, the strength of women voters.  Notable for the demographers, moderate Republican women who live in suburban America turning out to cast their ballots against Trump and the GOP.  No, wait; it's the youth vote.  That's it *snaps fingers*, the children are our future.  Either is better than blaming the Latinxs, after all.  We're all tired of hearing that.

Hold on a minute: this is a midterm election, and Texas Democrats who haven't elected one of theirs since, you know, Jim Hightower was Ag Commissioner always lose because they can't raise any money for consultants, advisers, pollsters, etc.  Except they did, a shitpot full of dough, in 2018 -- at least those running for Congress; not so much the statewides save Congressman SuperBeto, whose massive Bernie-like ATM machine reversed both the prevailing Texas narrative and the cash flow, doubling the take of Senator Serpent Covered in Vaseline.

The Cult of RFO'R aims for the upset tomorrow evening.  Rumor has it happening.


Hearing from more Texas Republicans tonight that they think @tedcruz is under water. It is Saturday before the election #TXSen #txlege
— Scott Braddock (@scottbraddock) November 4, 2018


So as President Shitler is fond of saying: we'll see what happens.  I'm ready for it to be over; how about you?  Here's your roundup of lefty blog posts and news from the final week before E-Day.

One unplumbed premise that the midterms might reveal is whether the strength of the Lone Star grassroots has shifted from one major party to the other, either because of 'outsiders' becoming 'insiders' or because there needs to be a "bad guy" to focus on and motivate the base.

Jim Henson, director of the Texas Politics Project at the University of Texas at Austin, says Democrats nationally — and in some parts of Texas — have unleashed the kind of intensity we used to see from the tea party.

“So the question of whether there is still that ability to motivate Republican voters on the other side is the big question going into this cycle,” Henson said.

Henson believes one reason the tea party’s galvanizing force has slipped in local and congressional races is that conservatives no longer have Barack Obama to target. And Donald Trump has taken over the role of chief agitator of conservatives.

Tea party-backed candidates have also been elected. In Texas, the movement has been changed by that success.


Perhaps the only competitive statewide contest down the ballot shows signs of GOP panic, as indicted felon/AG Ken Paxton digs in to the deepest pockets of the friends he has left.

In addition to the TV ads, Paxton’s recent campaign finance filings have indicated that Republicans in high places are tuned in to the race in its home stretch. In recent days, the attorney general has received a $282,000 in-kind donation from Gov. Greg Abbott’s campaign; more than $350,000 in in-kind contributions from Texas for Lawsuit Reform, the political arm of the tort reform group; and $10,000 each from two of the biggest donors in the Republican Party: Sheldon and Miriam Adelson.


Millard Fillmore's Bathtub linked to a picture of Sweaty Beto, which may have been the Halloween costume of the year.

Asked whether his group planned to deploy with weapons, McGauley laughed. “This is Texas, man,” he said.


Off the Kuff examined a pair of statewide judicial races.

In Harris County, the Texas Observer foresees a day of reckoning for Republican judges who have held fast to the money bail system, rewarding their friends and penalizing the poor.

(D)espite being the one-time Chairman of the Galveston County Democratic Party, a two-time Democrat nominee for the State Legislature and the once rumored Democratic candidate for Lieutenant Governor. However, of late, Buzbee has been appointed to the Board of Regents of his alma matter, Texas A&M University, and become a key financial supporter of both Perry and (Gov. Greg) Abbott.


Durrel Douglas at Houston Justice blogged the 2019 Houston City Council District B early line.  And in an excellent explainer, described how the local activist/consultant game -- getting paid to do politics, that is -- is a lot like having the app on your phone for the jukebox down at the local bar.

Socratic Gadfly, returning from a recent vacation, took a look at a major nature and environment issue that fired up up opposition to Trump — the Bears Ears downsizing — and offered his thoughts on the value of the original national monument site versus critics of several angles, and things that could make it even better.

Therese Odell at Foolish Watcher also leavens the politics with some Game of Thrones news.

And Harry Hamid's midnight tale from last week moves ahead to 1 a.m. (with no accounting for Daylight Savings Time and 'falling back' noted).
Posted by PDiddie at Monday, November 05, 2018 No comments: 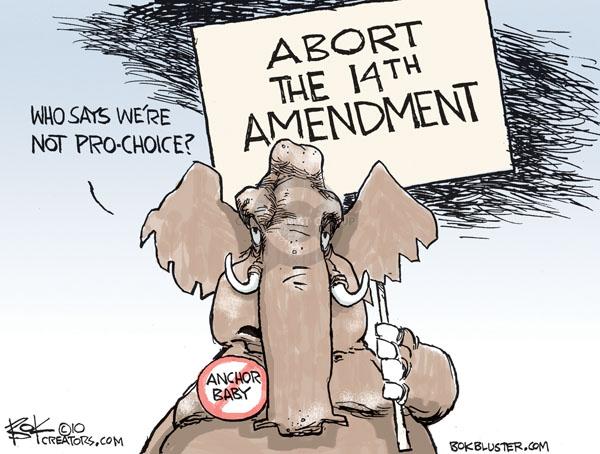 The only acceptable reasons for not voting: 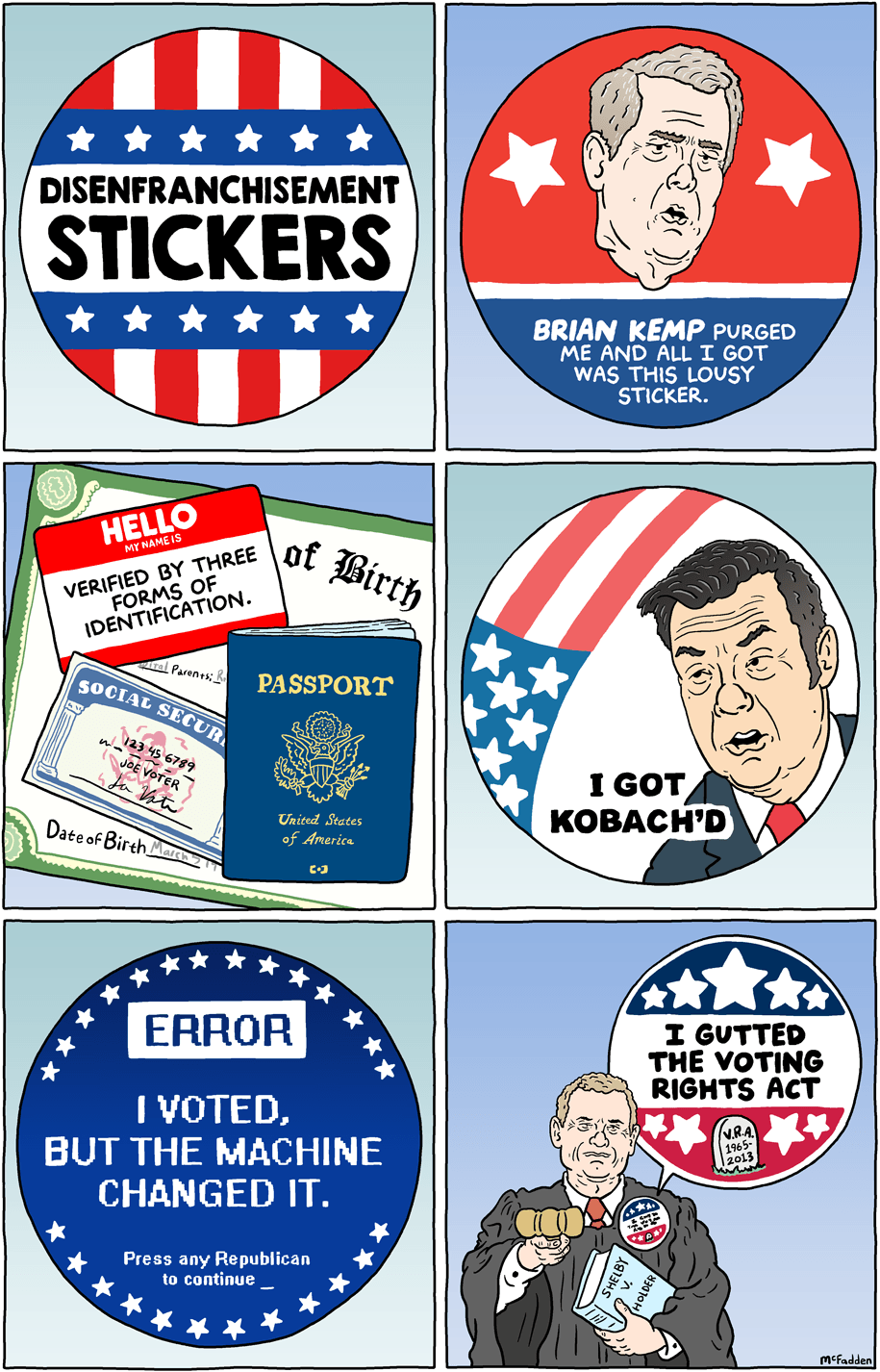 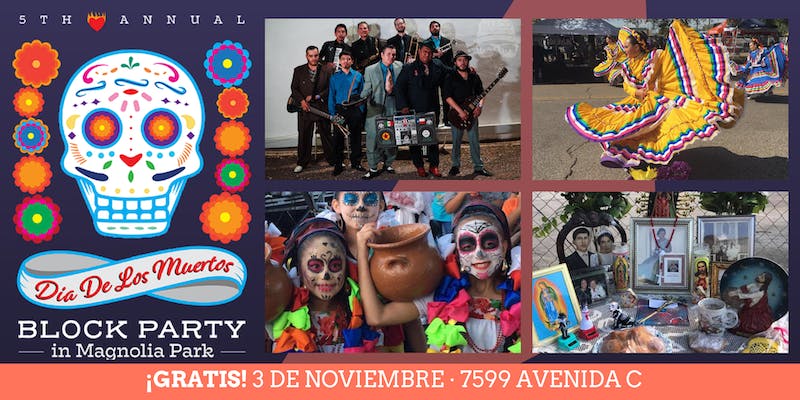 This annual block party in the historic Houston community of Magnolia Park honors the neighborhood’s cultural heritage by hosting a fre  family-friendly celebration all can enjoy, highlighting the holiday of Dia de los Muertos and its traditions. In its fifth year, the party is going to be bigger and better than ever!


Concessions available for sale by cash or card, and services for concessions offered in English and Spanish. Block party area is accessible to people with limited mobility. No outside food, drink, or coolers allowed. Bring lawn and tailgating chairs!


The Facebook event page, with a short video. A longer video at YouTube of the Selena tribute singer, Jocelyn Gonzalez.  A schedule of the entertainment.

And the Diddies' participation, as part of Barrio Dogs' sponsorship, includes adding our Holly to their altar with the other perros who have gone over the Rainbow Bridge.

Working for better lives for Houston’s homeless animals is full of highs and lows. Finding loving homes for our furry friends is almost euphoric. Seeing them pass over the rainbow bridge after an amazing “adopted” life is bittersweet. We recently lost 2 beautiful former Barrio Dogs, Cleo and Holly. We will honor their lives this weekend at the 5th Annual Dia de los Muertos Block Party where we will have a special altar dedicated to our Barrio Dogs in heaven. Please come out and join us and take a look at our tribute.

Going to be an up-and-down kind of day.
Posted by PDiddie at Wednesday, October 31, 2018 No comments: