"My wife Cindy passed away at home this morning, following a courageous fight against brain cancer," the Republican lawmaker from Fort Bend County said in a statement. "Cindy was surrounded by myself and our children and grandchildren at the time of her passing.

"My family and I would like to express our deep appreciation for the continued thoughts and prayers of our friends within the community, throughout Texas, and beyond."

A memorial service is scheduled for 10:30 a.m. Saturday at First Colony Church of Christ, 2140 First Colony Boulevard in Sugar Land.


John Zerwas is one of the very few Republicans in the state legislature who understands the need to expand Medicaid to the poorest and least-insured in Texas. I met with his staffers in the spring and they made it obvious that they knew something needed to be done, but that the extremists in their party weren't going to allow it to happen.

Try to imagine losing a loved one to cancer AND being saddled with hundreds of thousands of dollars in medical debt that will never be paid off in your lifetime. (It's no better being bankrupted by co-pays and deductibles when you have insurance, either.)

I'm glad that Zerwas has empathy for those Texans of lesser means going through similar circumstances to what he has endured, and I hope others with less empathy can be persuaded by his valiant example.

Peace and strength to the Zerwas family at this time of loss.
Posted by PDiddie at Wednesday, August 21, 2013 No comments:

If his mother had a C-section, then he isn't natural born

And it doesn't matter whether his head hit the dirt in Canada, Cuba, the United States, or in outer space.  That ain't "natural".

“The Dallas Morning News says that I may technically have dual citizenship,” Cruz, a freshman Republican from Texas, said in a statement. “Assuming that is true, then sure, I will renounce any Canadian citizenship. Nothing against Canada, but I’m an American by birth and as a U.S. Senator, I believe I should be only an American.”


And if he doesn't renounce Satan, then it don't matter what the "boarders" of the country were.

(I'm finally understanding why this birther BS is so much fun.)

Calgary Carnival Poop Cruz, real name Teodoro Rafael Osama Adolf Fidel Jose Tom, has some 'splainin' to do. We better get Donald Trump and Orly Taitz on the case.

And I want to see his college transcripts, too.


...as it brings you this week's roundup.

Off the Kuff is there with the early news that Sen. Wendy Davis is leaning toward the governor's race next year.

Despairing about the sorry state of Houston's mayoral contest, PDiddie at Brains and Eggs seems to be suggesting a vote for Nobody. But not if Nobody is a Dick.

Horwitz at Texpatriate notes that paybacks are hell as a special prosecutor is appointed against Rick Perry to investigate coercion and abuse of office complaints.

Rick Perlstein reminds us that the right wing is playing the long con. WCNews at Eye on Williamson has the details in There is nothing new under the wingnut sun.

Better Texas examines the effects of the 2011 budget cuts to family planning.

Greg Wythe looks at the national backlash against standardized testing.

New Media Texas breaks out the wrestling analogies for the Houston mayor's race.

The TSTA Blog discusses the changes made to the process for approving charter schools.

Grits for Breakfast reports on another Texas official making taxpayers fund an extravagant security detail for himself.

Concerned Citizens condemns the homophobic remarks made by a San Antonio city council member and some of her staff while discussing that city's proposed non-discrimination ordinance.

TXSharon at BlueDaze notes that a Texas Railroad Commission employee who blew the whistle on his supervisor was fired and now he's suing the state.

Lastly, attorney Paul Kennedy reviews Rise of the Warrior Cop, a new book about the militarization of America's police forces.
Posted by PDiddie at Monday, August 19, 2013 No comments: 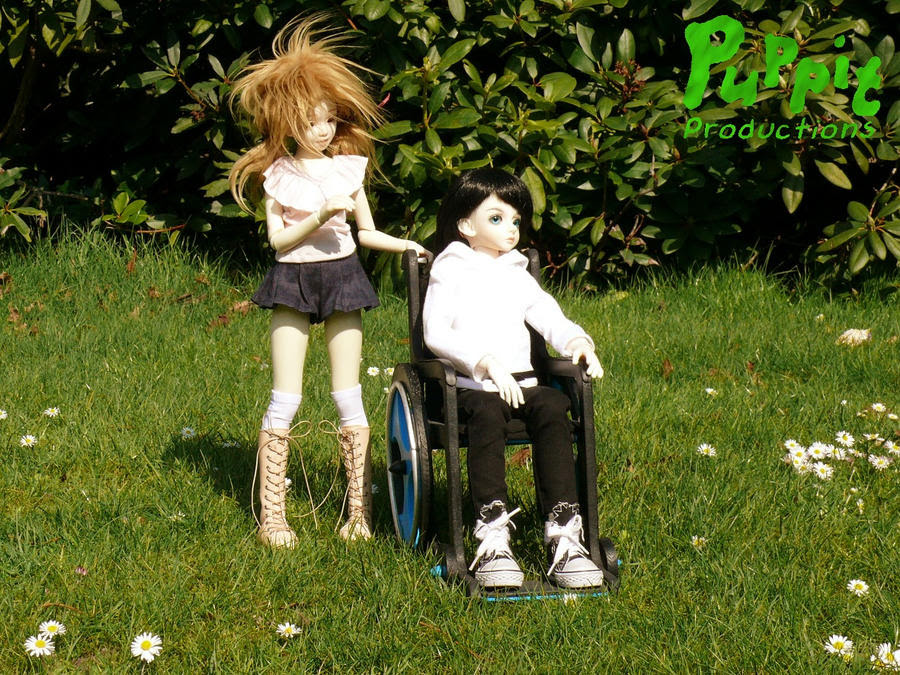 Let's not get bunched up over who's being more insensitive or politically incorrect either, shall we?

So -- again -- this isn't my creation. This isn't the invention of a sick mind. This is historical fact: Barbie had a friend in a wheelchair but not a blind one; certainly no mention of one that had a mental disability or with obvious opinions on women's reproductive freedoms (despite what you may infer). Update II: I learned a new word today.
Posted by PDiddie at Monday, August 19, 2013 No comments: