"So far the Republican field looks like a bunch of guys responding to a Craigslist ad for a free couch. ... Whatever Republican is going to replace Obama is going to need three things: vision, leadership, and enough cash to make up for not having vision or leadership." -- Stephen Colbert

"You heard the big news? Glenn Beck's show canceled by Fox ... or he quit. It may be because he only had one sponsor left -- a company making adult diapers that are lined with tin foil to keep the wetness in and the government radio waves out. " -- Bill Maher 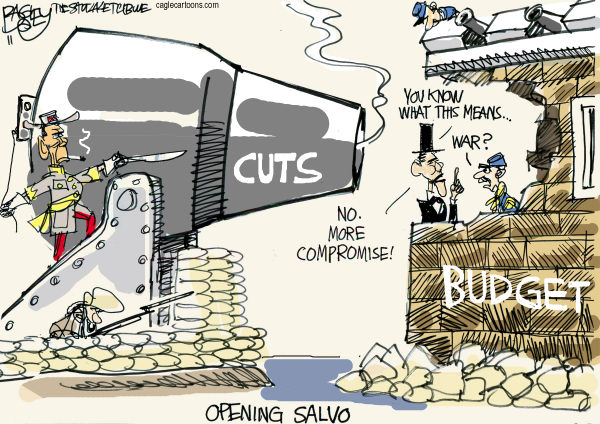 "The White House says that Donald Trump has “zero percent chance” of being elected president. Isn’t that a little high?" -- David Letterman 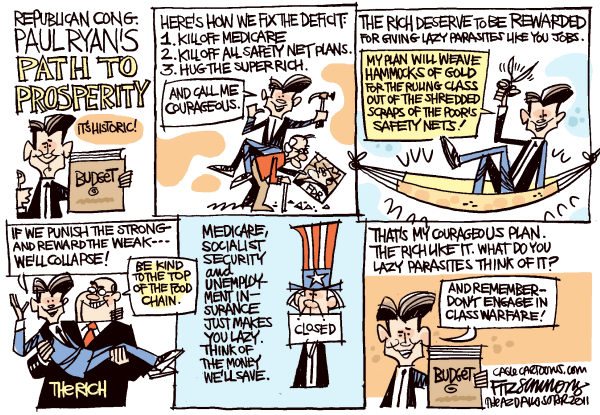 "I love Dick Morris. It’s as if cholesterol and bile had a baby." -- Jon Stewart 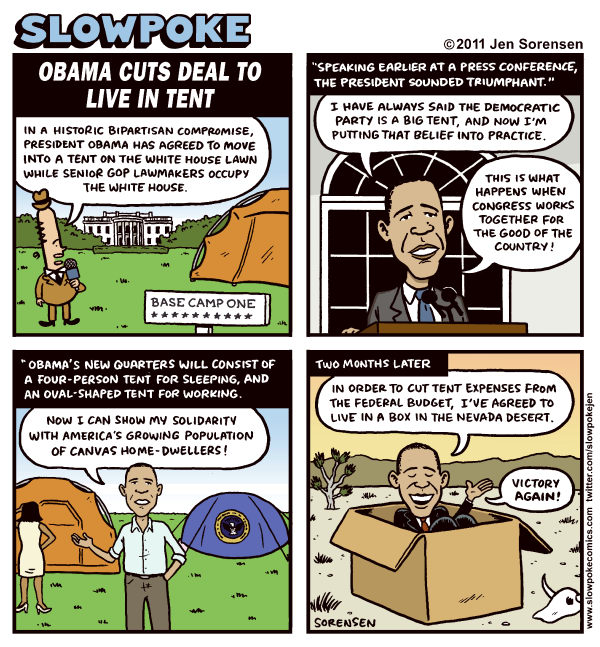 Lloyd Dangle (TroubleTown's creator) is quitting the cartoon business. I will certainly miss him.