Gary at Easter Lemming Liberal News urges Texans to NOT give to veterans by mail -- at least not without some investigation. Read about the fake veteran's charities scam supported by Republicans in Cheating Charitable Givers and Veterans.

Mayor McSleaze at McBlogger takes some time out of his busy schedule to ask a few important questions of Michael Moore and our friends at MoveOn.Org.

What is Congress to do?! The Texas Cloverleaf looks at how the Bush administration continues to ignore the US House and hurt Texas, in its blatant disregard of the Congressional order to end the DOT's plan for Mexican trucks in America.

Plastic bags are now extinct in Ireland. TXsharon at Bluedaze wants to know why the U.S. can't do the same.

How much was the Katy Freeway expansion in Houston supposed to cost? Off the Kuff digs through some story archives to show that what TxDOT is saying now about initial cost estimates is not what it was saying then.

Open Source Dem at Brains and Eggs comments on the possibility of brokered conventions in both Austin and Denver this summer, and how the March 4 primary in Texas will clarify -- or muddy -- the outlook.

CouldBeTrue at South Texas Chisme cautions reasonable people to be wary about arguing over that d*mn fence! Republicans are building a monument to racism and fear, not trying to solve any problems with a coherent policy.

Hal has a a couple of postings this week at Half Empty; this one is a new theory on whether there is a new canary about to sing to the feds about Tom DeLay's past indiscretions, and this one is about some motivation for that.

WCNews at Eye On Williamson has the wrap-up from last week's hearings on TxDOT at the Capitol: Without Williamson, TxDOT Becomes Scapegoat.

Phillip Martin at Burnt Orange Report has done an exhaustingly comprehensive analysis of how the Texas hybrid primary/caucus system works, as well as a look at some of the politics of each of Texas' 31 Senate Districts that will award delegates on March 4. Read the two-part series here: Part 1 (caucus explanation) and Part 2 (delegate analysis).

BossKitty at BlueBloggin posts Customs: “Hand Over That Cell Phone, iPod & Laptop” and takes a look at just how intrusive the government has become, putting travelers and their company's private information at risk.

As we get closer to the most important Texas primary in recent memory, The Texas Blue thinks potential prognosticators should keep five things in mind when it comes to making predictions.

In addition to a ton of Texas presidential race coverage, Vince at Capitol Annex reveals that state rep. Phil King (R-Weatherford) has taken an illegal contribution from an energy lobbyist.
Posted by PDiddie at Monday, February 11, 2008 No comments:

Disclaimer: I am not nearly as angry and bitter as some of these might suggest. And be sure to click on the image for the largest, most readable view. 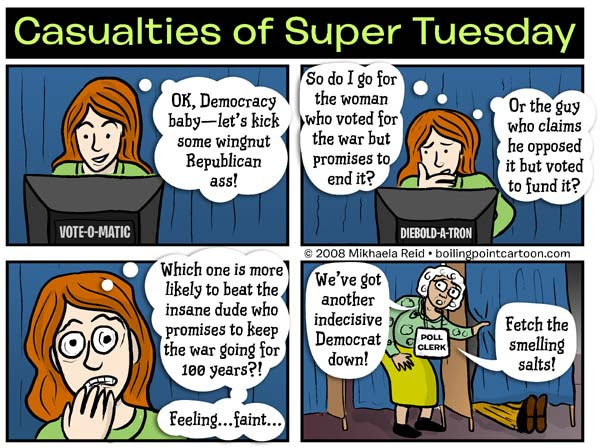 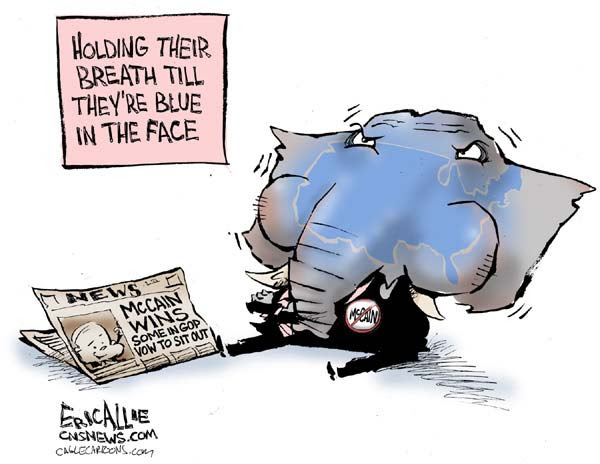 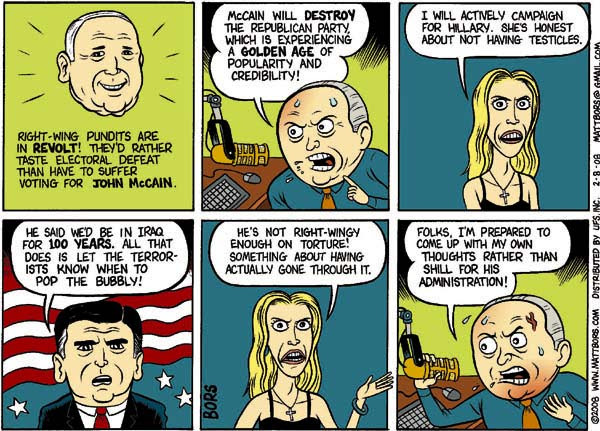 By the time I got to Southmore

yesterday morning, it was a street party: