-- But I don't believe he will.  As terribly bad a candidate as Clinton continues to demonstrate herself to be, I still think she's going to hold on and win the presidency.  But it's going to be a much closer contest than it should be, and if she were running against anybody but Trump, she'd be losing. 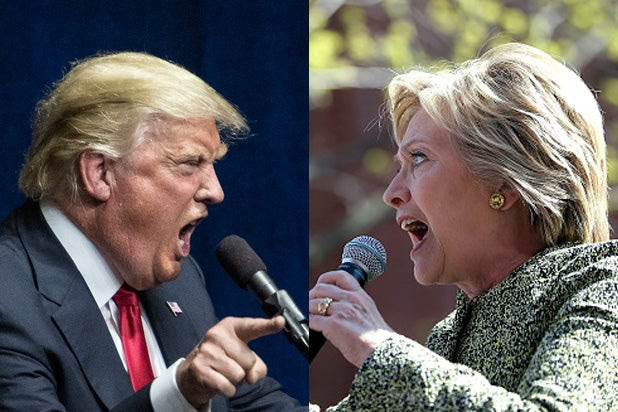 Update: Just so there's no misunderstanding, Trump has a much better shot at defeating Clinton than Texas does of turning blue.

-- In a week where the media's focus will be on national security (which I interpret as 'who's going to drop bombs on somebody else first') there will be various war pigs trotted out in favor of their  preferred CiC ...and some snarky rejoinding to that.

[...] Clinton and Trump will participate in a joint forum Wednesday sponsored by the Iraq and Afghanistan Veterans of America and broadcast on NBC and MSNBC -- their first joint appearance of the campaign.

Clinton is also bolstering her national security push with a new television ad called "Sacrifice," highlighting Trump's criticism of Arizona Sen. John McCain's war-hero status and his fight with the Muslim parents of an American soldier killed in combat.

And her super PAC, Priorities USA, is launching a $5 million ad buy in the swing states North Carolina, Ohio, Florida, Nevada, Iowa and New Hampshire on Friday with a spot titled "I Love War."

Meanwhile, Clinton's running mate, Tim Kaine, delivered a security-focused speech Tuesday in Wilmington, North Carolina, accusing Trump of flip-flopping on how the United States should handle the war in Iraq.


First of all, it's impossible for Trump to love war more than Clinton.  That's not the bigger-dick  contest you might think in this case, though; baiting Trump into responding in some irrational way on Twitter to reinforce her message is, but so far he's only countering with a Pee Wee Herman-esque "I know you are but what am I".

"I'm talking about general, by the way, she says things about me that are horrible," Trump said. "As an example, the single greatest asset I have according to those that know me is my temperament."

This is simply the wrong conversation our nation ought to be having, as we are already bombing four different countries, seven if you want to include the three previously bombed during the Obama administration, and Hillary Clinton -- you know, the one with all of the vast foreign policy experience -- thinks that's too few.

I won't be watching these "Bigger Balls" contests and I hope not to have to blog about them.  But Trump might say something like "I'll just use nukes", so I may be forced to comment.  (Pro tip to Trump's debate coaches: have him prepared for the nuclear question, and make sure he answers it less hawkish than Hillary.)

The truth is that I cannot stomach the fact that -- irrespective of how small his hands may or may not be -- Trump is probably smaller than Clinton in the macho/war/genitalia length and girth department.  And that fact is precisely as repulsive as you feel repulsed having read that sentence.
Posted by PDiddie at Wednesday, September 07, 2016 No comments:

The Texas Progressive Alliance reminds you that Labor Day is more than college football, binge drinking, and sleeping late, and offers the resources of the Zinn Education Project to use and peruse as you wish.

Off the Kuff looks at the state's voter ID outreach efforts, which began last week.

Libby Shaw at Daily Kos is hardly surprised to learn about the veil of secrecy that shrouds the $2.5 million Texas Voter ID education effort.

Socratic Gadfly hears about a new idea in the newspaper biz, charging people to have candidate endorsement letters to the editor published, and rips it to shreds.

After listening to Donald Trump's white nationalist speech, CouldBeTrue of South Texas Chisme woke up very angry at the Republican party.  Remember the ugly, angry GOP debate audiences in 2012?  These were the special people invited to attend.  Think about Senate Republicans blocking a Supreme Court nominee, threatening the full faith and credit of the US and so very much more.

It's Labor Day, and according to (faulty) conventional wisdom, we can all begin to pay attention to the coming election, writes PDiddie at Brains and Eggs.

Neil at All People Have Value says his friend Libby gets enthused by ideas. APHV is part of NeilAquino.com.

Texas Vox posts the details of the Texas Railroad Commission candidates' forum, in Austin on September 10.

The city of Lewisville reported its 16th case of West Nile virus in mosquitoes tested there, reports the Texan-Journal.

Txsharon at Bluedaze details her white privilege at age four.

And Texas Leftist got hungry and went out for lunch after blogging about the Trump surrogate's fear of 'taco trucks on every corner'.

The Texas Observer's Patrick Michels writes about how a campaign to keep a Jesus sign brought discord to a God-fearing East Texas town, while John Wright reports on El Paso's challenge to the anti-trans rhetoric of the GOP.

PoliTex asks whether Ted Cruz still has the golden touch.

Megan Woolard Arredondo explores the challenge of climate change for San Antonio, and Space City Weather explains why hurricanes are strongest on the right side.

Eileen Smith calls on her fellow Texans to keep Rick Perry on "Dancing With The Stars" for as long as possible.

Houstonia raises a glass to the mannequins of summer.

And Pages of Victory finally cops to his age.
Posted by PDiddie at Monday, September 05, 2016 No comments: 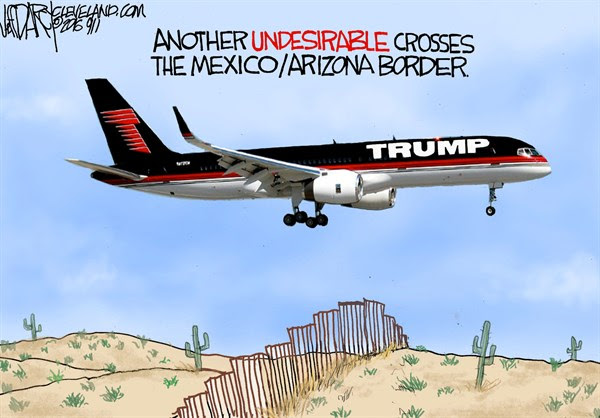 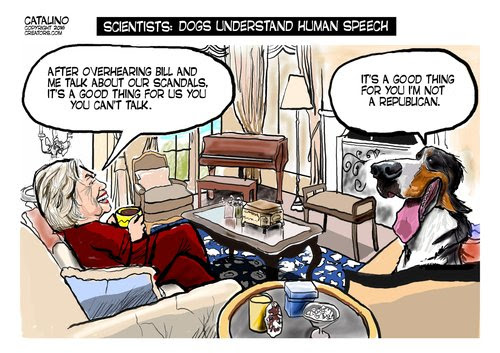 A lot of people don’t want to vote for a third-party candidate like Jill Stein or Gary Johnson because they believe their vote will be “wasted.” But they don’t apply the same logic to most other things in life, many of which involve setting yourself apart from the herd. 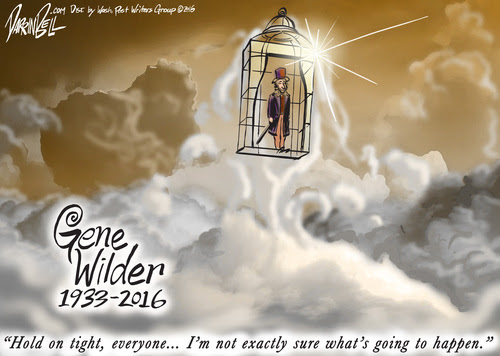 Posted by PDiddie at Sunday, September 04, 2016 No comments:

It's Labor Day weekend; time to start paying attention to the election

As some sayer of sooths will point out.  At some point.

-- A couple of fresh contenders for the crown of Daily Jackass (honestly, these two seem like the third-string players scrambling for a roster spot) include Tessa Stuart at Rolling Stone with the compilation of greatest hits, and Brent Budowsky at The Hill, calling for a debate between Gary Johnson and ... Bernie Sanders. 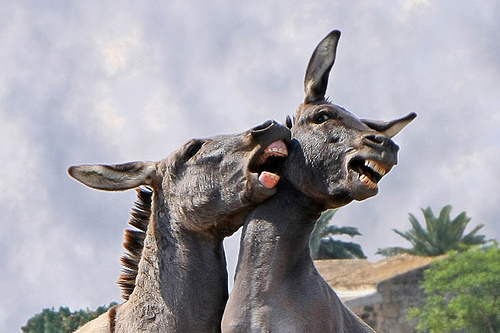 Two of the most genuinely pathetic pieces I have read this cycle.

-- If you don't understand why Trump has managed to erase Clinton's large and long lead (there's a Mel Brooks/Blazing Saddles joke there) in the national two-horse race polls, just look at one thing: the incessant media coverage of his ridiculous and pathetic immigration "plan".  It's not just because Hillary's Foundation is crumbling or that her e-mail Scandal O'Day resembles a a case of herpes, it's because Trump and his minions dominate the discussion everywhere you look.  I try my hardest to ignore the daily spew but it's become impossible.  What's truly remarkable is how his surrogates manage to catapult the propaganda in the least effective way: #TacoTrucksOnEveryCorner, as if that were a bad thing.  Yes, it's hate speech and bigotry and we'll all be the worse for the experience even after he's finally gone away.  Unless he doesn't go away; consider the horror that the media asks him to comment on every single policy initiative of President Clinton's during the next four years, as they did with McCain following 2008 and Romney after 2012.

Turn him off.  Maybe our corporate teevee media will get the message if the ratings start going down, but I doubt it.

-- Vladimir Putin says he doesn't know who hacked the DNC.  And at this point, what difference does it make?

In an interview two days before a G20 meeting in China with U.S. President Barack Obama and other world leaders, Putin said it might be impossible to establish who engineered the release of sensitive Democratic Party emails but it was not done by the Russian government.

"Does it even matter who hacked this data?" Putin said. "The important thing is the content that was given to the public."

"There’s no need to distract the public’s attention from the essence of the problem by raising some minor issues connected with the search for who did it," he added. "But I want to tell you again, I don’t know anything about it, and on a state level Russia has never done this."


I believe him.  Which is more than one could say about most of what both Clinton or Trump have had to say about the matter.
Posted by PDiddie at Friday, September 02, 2016 2 comments: