The contenders for Cornyn

While our esteemed Senatah Box Turtle continues to make an ass of himself on Twitter -- yeah John, how about on your life? -- and with less than a week to go before the filing deadline, the US Senate challengers are lining up on both sides of the aisle.

Democrats could have a champion able to force Sen. John Cornyn to spend heavily to defend his job next year: David Alameel, a wealthy Dallas dentist who’s spent lavishly for candidates in both parties.

“I’ll just do whatever it takes. Money is not an issue for me. It’s more whether or not I feel I can make a difference,” Dr. Alameel said (yesterday) by phone. “We need new ideas. Not just the same politicians with the same redundant parroting of talking points.”

Alameel, 61, joins three other Democrats and a handful of Republicans gunning for Cornyn. The filing deadline for the March primaries is Dec. 9.


A very good backgrounder on the doctor at the link.  Alameel joins Maxey Scherr, Michael Fjetland and possibly Roman McAllen among the Democrats.  (McAllen announced his intention to seek the Democratic nomination at George Barnstone's Final Friday event here in Houston in October, but has not filed and not returned a phone call to Brains as of yet).

The Republicans are many.  The latest development there is that Erick Wyatt, listed on the Wiki page, has withdrawn and endorsed Linda Vega.  Glenn Beck -- having struck out on David Barton and Louie Gohmert -- still wants someone more Teabaggerish and high profile, but has so far been rebuffed.  Libertarian Jon Roland has filed.

PPP revealed a month ago that Cornyn could be in real danger from an effective primary challenge.  That's what's driving his moronic Tweets; he's desperate to win street cred with the freak right wing.  And the Dallas News article says that Dr. Alameel makes four Democrats, but I can't seem to find the 4th (excluding the rumored Mr. McAllen).  Even the Godfather counts three.  Who are we missing?

Update: Noah and Charles both have the answer in the comments.
Posted by PDiddie at Tuesday, December 03, 2013 3 comments:

The Texas Progressive Alliance thinks all workers deserve paid time off during the holidays as we bring you this week's roundup.

Off the Kuff rounds up coverage of Sen. Leticia Van de Putte's announcement that she is running for Lt. Governor.

Horwitz at Texpatriate delineates his many grievances with Barack Obama and explains why he no longer counts himself among the president's supporters. Horwitz's weekly column "Civil Affairs," after appearing for over a year in a Boston newspaper, will move to its new home at Texpatriate.

CouldBeTrue of South Texas Chisme is appalled the Republicans' war on women has devastated health care for Latinas in the Valley. I'd say shame on them, but they have no shame.

Pope Francis is not a liberal, Sarah Palin, but a full-blown socialist. So says PDiddie at Brains and Eggs.

Eye On Williamson is still, yes still, blogging at our temporary home. Voters must be offered a choice in 2014: Texas Democrats must provide a contrast to the Texas GOP's cruel conservatism.

Offcite calls for the preservation of the other iconic sports venue in Houston, historic Rice Stadium.

The Austin Chronicle celebrates the release of Fran Keller, sent to prison nearly 21 years ago for a crime that never actually happened.

The Lunch Tray explains how you should have celebrated Thanksgivvukah.

The Texas Living Waters Project tells you what to do now that Prop 6 has passed.

BOR reprints an op-ed by state Rep. Mary Gonzalez that gives thanks for the opportunity to keep Texas families healthy.
Posted by PDiddie at Monday, December 02, 2013 No comments:

TXGOP's death rattle (and no Medicaid for them)

Give them credit for getting it.  The problem is that they're using the same old tried and true scare tactics to motivate the paranoid-enough-already base.

Sick of losing on Election Day, they huddled candidates on their 2014 statewide ticket in a hotel ballroom and bristled at being outspent and outnumbered by political rivals in Texas who they talked up as sophisticated and savvy.

But this was no meeting of hapless Texas Democrats.

In a sharp pivot from a decade of Republican swagger in Texas — a bravado that comes with controlling every statewide office — conservatives are muffling mocking tones about Democrats and now openly calling them formidable. The worries come through in political ads that urge donors to "Keep Texas Red" and rallies like one in Houston that vowed to "Take Back Harris County."


Those most invested in the status quo are warning their most loyal supporters that they're going to lose to Satan if they don't give more money.   It's the Paul Crouch model (RIP, by the way).

But Republicans insist the fear is real despite their dominance and the long odds that Davis faces next year, and that their concerns aren't a feigned ploy to shake down donors. Cornyn's campaign says 98 percent of its nearly 500 donors to "Keep It Red" have given $100 or less.

FreedomWorks, the deep-pocketed conservative group that funded Ted Cruz's victory to the Senate in 2012, also has unveiled its own "Come & Take It Texas" drive.

"We said this is something we need to take seriously. Then it became, 'OK, we need a plan,'" Cornyn campaign manager Brendan Steinhause said.

At an upscale Houston mall, Abbott and Bush headlined an after-work rally that warned of a possible turning tide. Lt. Gov. David Dewhurst said it was time "to draw a line in the sand," starting with the nation's fourth-largest city and surrounding county, which Obama carried in 2008 and 2012.


Pep rallies are usually a little more positive than this, but hey, this is the GOP.  I'm of the mind that they're simply going to have to lose a few more elections before the fearmongering has much effect.  Speaking of ominous, can you spot the warning signs?

A table outside the entrance hawked $20 T-shirts emblazoned with red-meat messages such as, "God, Guns and Guts Made America — Let's Keep All Three!" On every chair inside the ballroom, a petition on yellow paper called on lawmakers to defend the Texas Constitution's definition of marriage and rued the rise of domestic partner benefits in the workplace.

It wasn't a packed house — and the rank-and-file who came weren't the younger and Hispanic voters that Republicans acknowledge they need to stay in power. Texas Agriculture Commissioner Todd Staples, who said he thinks Davis' filibuster riled up Democrats enough to cost Republicans seats as soon as next November, reminded the audience that the party's average age of delegates is 58.

Lauren Martinez, 26, noticed with disappointment that there weren't many others her age around. She said she's been surprised to see friends lining up behind Davis.

"As a young person, I see a lot of my friends supporting her," Martinez said. "People that I would have thought were more conservative."


I take great encouragement in Ms. Martinez' words there.

Much hard work still needs to be done to turn back the red tide in Texas, but the (very) early returns are favorable.  Here's another article that suggests that the 2014 elections will focus on healthcare -- and not so much Obamacare.

There’s a silver lining in the fumbled rollout of Obamacare, even in Texas. Unfortunately, state leaders want nothing to do with it.

While HealthCare.gov was freezing up after its Oct. 1 launch, Medicaid enrollment took off.  Texas added almost 12,000 people in the first month. That’s four times more than signed up on the federal exchange. And Texas isn’t even expanding Medicaid.

These are early numbers, but they show the pent-up demand for health care in the state.

It’s likely the sign-ups were mainly children, who didn’t know they were eligible until their parents applied. Credit the publicity over the health law for the welcome mat. But imagine what Texas could do if the governor actually tried to boost enrollment.


Rick Perry won't, and neither will Greg Abbott.  This sociopathic cruelty -- watching poor Texans die due to lack of healthcare coverage -- is a ready-made campaign issue for Wendy Davis.

Blame HealthCare.gov. But don’t forget that Texas chose to not create its own website, just as it chose to reject Medicaid expansion. The state’s top elected leaders predicted Obamacare would fail, and they’re doing their part.

Last spring, Republicans in the Legislature trounced Medicaid expansion, despite support from hospitals and business. There’s also been no state effort to drum up enrollment in the exchange. While other GOP-led states have reversed course, Gov. Rick Perry keeps slamming Medicaid.

No other state stands to gain as much from the health care overhaul, because Texas has the highest share of uninsured and a large poor population.  More than 1 million residents fall into the state’s Medicaid gap; they earn too much for Medicaid and too little for federal subsidies on the exchange. Two million more are eligible for the subsidies, if they enroll and if HealthCare.gov can process the applications. Texas leads all states in both categories, so it could expand coverage greatly starting next year. And the federal government pays nearly all the costs.

Funding for the health law comes from cuts in Medicare, hospital fees and prescriptions. There are also new taxes on high-earners, health plans, medical devices and more. The bottom line is that Texans are paying for Obamacare whether 3 million residents sign up or a tiny fraction.


Unlike Paul Burka, I am content to wait as Wendy Davis and her brain trust flesh out her policy positions, and am confident they will roll out... after the holidays.

And I suppose it's possible we could see Abbott do a flip-flop on Medicaid expansion, but not until after the primary in March.  If that happens, he'll be pilloried by the freak right but applauded by everybody else.  It's an interesting political manuever to watch for.  Next summer.

Update: How the GOP ignored its terminal illness.

I don’t think Democrats should be celebrating just yet. A lot can still go wrong, and there’s an industry devoted to finding and surfacing (or exaggerating or even concocting) scary Obamacare stories. Still, listening once again to Sen. Ted Cruz warning that people will become “addicted to the sugar” of ACA subsidies is a reminder of how the Tea Party leaders actually hate the Tea Party base. They’d privatize Medicare and Social Security and deny Mitch McConnell’s constituents health insurance. It’s amazing that Oprah gets grief for talking about when the Tea Party’s racist base will die, when leaders like Cruz are the ones who would literally hasten that day. 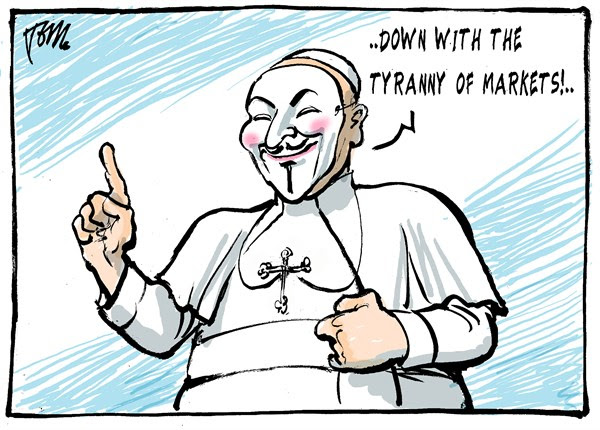 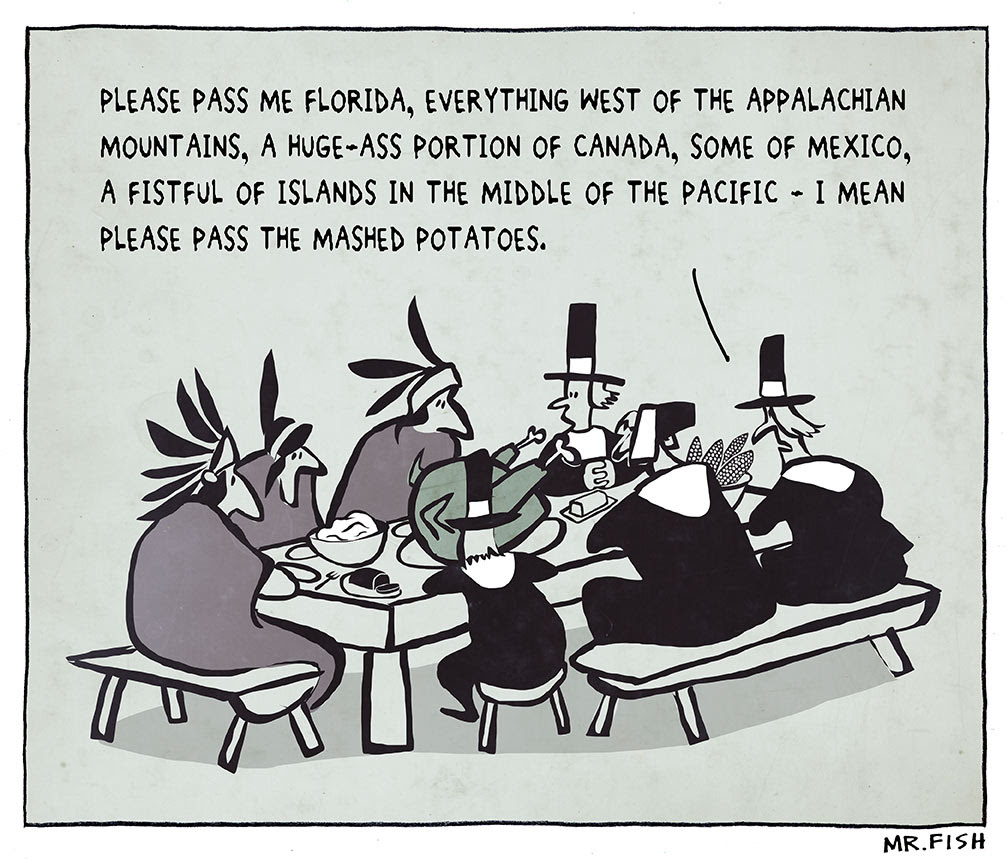