Texas already has a $10K bachelor's degree ... that is about to be ended

The irony is just priceless ...

Gov. Perry challenged Texas colleges to offer a $10,000 bachelor's degree program in his State of the State Address, but there are already three schools across the state that have a program like that, the Texas Tribune reported.

That includes Brazosport College which is in the Houston area.

However, the state house is considering cutting funding to the school and if it's approved the college could be forced to shut down.

More from the referenced Trib piece:

As it turns out, there already is a $10,000 bachelor’s degree available in Texas — and the Legislature may be on the verge of eliminating it.

Shirley Reed, the president of South Texas College, a community college in the Rio Grande Valley, was at the Capitol on Tuesday afternoon to testify before the Senate Finance Committee. She heard Perry and thought, “My goodness. This is precisely what we’re doing.”

South Texas College is one of three community colleges in Texas — the others are Brazosport College and Midland College — authorized to offer a Bachelor of Applied Technology degree. It’s a real, honest-to-goodness bachelor’s degree, designed for students who already have an Associate of Applied Science — a technical degree that often doesn’t transfer to traditional universities. It can be leveraged into middle management positions or even the pursuit of a master’s degree. And the cost tends to be in the $10,000 range.

“It’s probably the most cost-effective, affordable bachelor’s degree you could have in Texas,” Reed says.

At Brazosport, for example, four years' worth of tuition and fees for a Bachelor of Applied Technology degree comes to $9,168. To be fair, that does not include books. Ken Tasa, the dean of educational programs and services at Brazosport, estimates that eight semesters' worth of brand-new textbooks could run a tab as high as $4,000, tipping the bill significantly over Perry’s $10,000 limit. Between the internet and the campus library, however, there are ways of skirting those costs.

So, mission accomplished? Not so fast — the Bachelor of Applied Technology program is highly controversial and may not be around much longer.

The House’s base budget not only eliminates all funding for Brazosport, it eliminates funding for all of the state’s Bachelor of Applied Technology programs.

There's more there about how this degree has met with considerable resistance from the educational establishment, which believe that a four-year degree from a two-year college encroaches on university turf. But I'm sure the governor has another wand to wave that will make that go away. After all he appoints all those regents, you see.

As for how Perry is hoping to get his $10,000 degree, she says she is still scratching her head. “I just assumed that meant it was all online,” she says.

Rick Perry pronounces and college administrators across the state scratch their heads. You can just picture it, can't you?

The problem is believing anything he says in the first place.
Posted by PDiddie at Friday, February 11, 2011 1 comment:

This is the same governor who also promised Texans lower utility rates if the markets were deregulated. The reason he cannot deliver on any of his grandiose schemes is because he consistently speaks of fantasy as if it was reality. Among the many hats he wears -- drugstore cowboy, malicious moron -- Rick Perry is also a carnival barker.

There weren't a whole lot of specific policy proposals in Gov. Rick Perry's State of the State address on Tuesday, but there was one nugget to give aspiring college students hope. "It's time for a bold, Texas-style solution to their challenges," Perry said with all the gusto of a commercial voiceover. He proposed a four-year tuition freeze and then proposed the coup de grace: Universities should create degrees that only cost $10,000 including textbooks. That would undoubtedly be good news for students.

That is, until you do some digging. Perry wasn't saying that universities should lower their tuition costs across the board. Instead, Perry wants schools to create a special type of degree, in addition to what they already offer.

Bargain rates, in other words, for what could easily become a bargain product.

In a Feb. 4 letter to state university presidents that got little attention, Perry outlined his ideal $10,000 product. He asked that the program "be scalable, so at least 10 percent of the degrees you produce use this approach." What would be "this approach?" In addition to accepting more Advanced Placement and dual credits, Perry asked that the new programs use "online and blended classes" and "no-frills campuses." So while a degree might still say University of Texas, the actual product would differ from the degrees for more economically advantaged students.

Of course we don't know what the final product would look like. But at first glance the proposal feels like offering a luxury vacation—where tourists stay at the Motel 6. And it was one of many proposals in the State of the State that looked better before the details emerged.

At this point he will say and do anything to make a good impression on any group of conservative mad-hatters. He's running for vice-president of the United States.

Update: From the Austin Statesman ...

State Sen. Leticia Van de Putte, D-San Antonio, head of the Senate Democrats: “We absolutely agree that we’re blessed to live in this state and its biggest asset are the people of Texas… The people in charge aren’t living up to what the people of Texas need.”

State Rep. Jessica Farrar, D-Houston, chair of the House Democrats: “The Republicans got the reins in 2003… They’ve wrecked the car. They’ve put it in the ditch.”

State Sen. Wendy Davis, D-Fort Worth: “Gov. Perry has been waking up in a very different reality than a lot of people in Texas… He would rather climb a tree to tell us a lie than stay on the ground and tell us the truth.”

State Rep. Dawnna Dukes, D-Austin: “My glasses are not rosy enough or thick enough to believe what I just heard… Rick Perry’s economic miracle is a deception. Now, it’s time for him to come clean.”

Posted by PDiddie at Wednesday, February 09, 2011 No comments:

The Texas Progressive Alliance is hoping for a swift, player-friendly resolution to the NFL labor situation as it brings you this week's roundup.

Off the Kuff conducted an interview with Houston city attorney David Feldman to discuss the upcoming city council redistricting process.

Harold at Letters From Texas poked fun at the Texas weather on both Wednesday and Friday.

While the Big Gas Mafia is pumping diesel fuel into the ground in the name of national security and energy independence, they have been quietly planning to ship a bunch of it to China. TXsharon at BLUEDAZE: Drilling Reform for Texas wants you to think about who profits and who pays for this so-called "clean energy."

CouldBeTrue of South Texas Chisme notes that privatizing essential services promotes profits, not the general welfare. The Corpus Christi Caller Times pretends (or not) to be all stupid about the rolling blackouts.

Texans came to the shivering realization last week that the energy capital of the world can't keep its lights on. PDiddie at Brains and Eggs provides the reveal.

How bad is the budget disaster that the Texas GOP hath wrought? Libby Shaw spells it out over at TexasKaos. See Rick Perry Lays a $30 Billion Rotten Egg on Texas.

Public Citizen asked a series of questions over at TexasVox about our rolling blackouts: who's to blame? (hint: coal and natural gas) who saved our bacon? (hint: renewables) and who profited?

It's always good to know that someone is sticking up for the stupid and belligerently ignorant. McBlogger offers his thanks to Speaker Boehner for being that someone.

Neil at Texas Liberal wrote last week on the release -- after many months -- of the video tape of a number of Houston police officers beating up 15 year old Chad Holley. The public has a right to see this video. Houston's political leaders should be less concerned about Houston's image and the unlikely prospect of civil disorder, and more concerned with high rates of poverty in Houston that help drive young people to crime.
Posted by PDiddie at Monday, February 07, 2011 No comments: 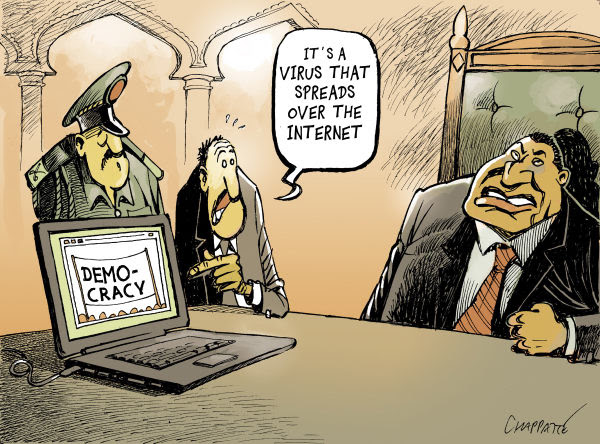 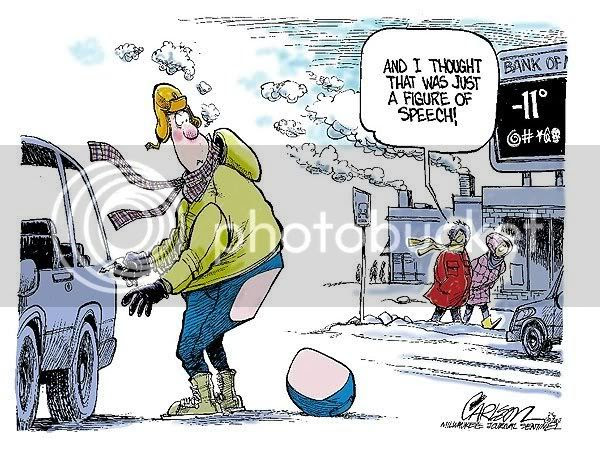 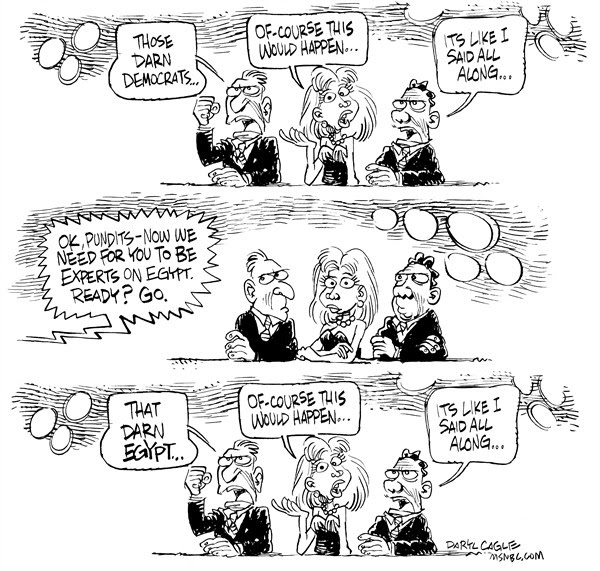 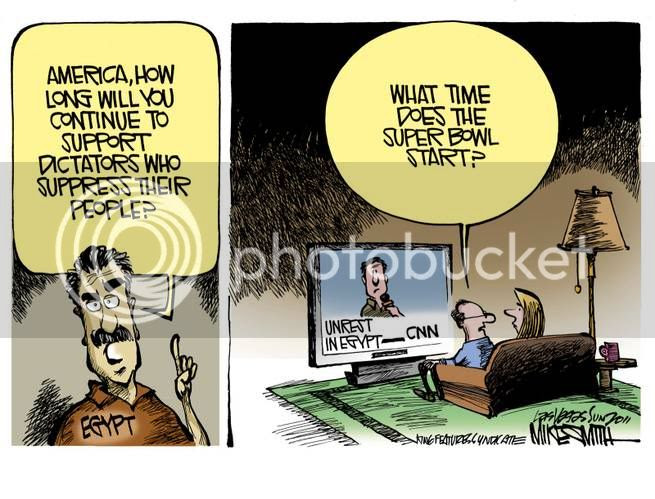