The Texas Progressive Alliance is enjoying the May flowers as we bring you this week's blog roundup.

The Texas Oil and Gas Accountability Project is A BIG BUNCH OF MEANIES according to a major industry publication. OGAP is so mean for "setting up shop in Texas" and requiring that industry Drill-Right Texas. And, TXsharon is really, really mean on her blog Bluedaze: DRILLING REFORM FOR TEXAS.

Off the Kuff had a discussion of the city of Houston's term limits, which are currently under review.

In a first for WhosPlayin, a local school board trustee is compelled to admit he lied about his criminal record before the "liberal blogger" can write about it, based on act of investigating it.

CouldBeTrue of South Texas Chisme wants to point out that border violence precipitated by poor drug policy has nothing to do with immigration reform. Think about it. Don't let the fear mongers fool you.

Adam at Three Wise Men gives us the skinny on the upcoming midterms.

Governor MoFo had a decent media week: his two-month-old shooting of a coyote went national, and he pandered effectively to Texas Hispanics. PDiddie at Brains and Eggs summarizes the manipulations in "Rick Perry's not bad, pretty good week".

The Texas Cloverleaf looks at the possibility of the Arizona immigration law coming to Texas in 2011.

Neil at Texas Liberal wrote about one small way he maintains his faith in democracy despite all the dumb things taking place in daily life.

In a week full of immigration policy debates and talk of killing coyotes, Barfly at McBlogger chose to look at something far more troubling.

WCNews at Eye On Williamson wrote about Lt. Gov. David Dewhurst's double standard on spending taxpayer money in Please don't Dew us like this.

Libby Shaw discovers the true prototype for Governor Perry's governing style: Beavis and Butthead. As she tells it: "Rick Perry has as much compassion and empathy for his constituents as would Beavis and Butt-Head." She wonders: "...why does Rick Perry have serious problems with outreach programs, whether local, state or federal, all of which attempt to throw lifelines to those who are in a desperate struggle, be it a financial burden, crippling health care costs, or top quality educational benefits for public schools? Check it all out at TexasKaos.
Posted by PDiddie at Monday, May 03, 2010 No comments:

This collection of sports memories is really special.

The Houston Sports Museum, a favorite of local fans since the 1960s, is once more open for reminiscing on the site of Buff Stadium, Houston's pre-Astros minor league baseball stadium, inside the reopened Finger Furniture store on the Gulf Freeway.

After disappearing from view as the Finger family reorganized its business in the wake of third-generation CEO Bobby Finger's death in 2007, the museum returned with a soft opening in March and in more formal fashion with the furniture store's relaunch last month.

Fans can again assume a batting stance alongside a plaque in the floor marking the site of home plate at Buff Stadium, the home of Houston minor league teams from 1928 until 1961. And, once renovations are completed, they can again view a statue of ex-Rice baseball coach Dickie Kerr, the stand-up southpaw of the 1919 Black Sox.

The heart of the collection was assembled by Sammy Finger, Rodney Finger's grandfather, during the heyday of the Buffs as a St. Louis Cardinals farm team. It was augmented through the years by items representing the Colt .45s and Astros plus other Houston sports franchises, but baseball still accounts for the majority of the items inside its glass display cases. ...

New additions include a 1980s-vintage video history of the Buffs and the museum, narrated by former Colts/Astros announcer Gene Elston, and a display tracing the Finger family's sponsorship of the Buffs, Colts and Astros.

Sunday "How's that Drill Baby Drill workin' out for ya?" Funnies 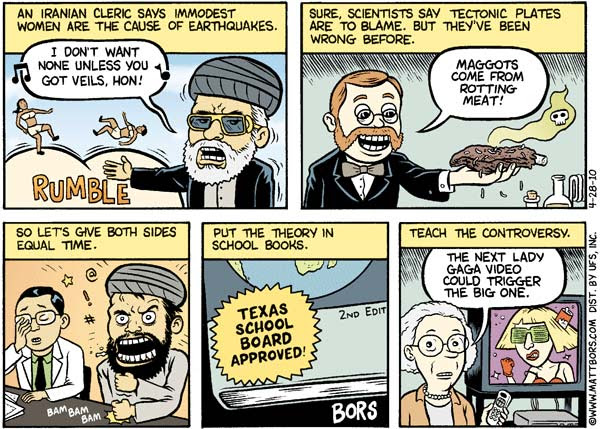 -- Sugar Shane and Floyd Jr. hook it up in the ring tonight. Mayweather has a big chip on his shoulder for being called out by Manny Pacquiao's trainer Freddie Roach (and everybody else, for that matter). I think Mayweather will silence the critics and again stoke the dream match.

-- The Kentucky Derby will go off this afternoon in the mud, scrambling the odds and creating another opportunity for a huge underdog to pop at a nice price. Currently I'm considering Super Saver (with Calvin BoRail aboard), Devil May Care (Todd Pletcher's filly), Mission Impazible (I'm heavy on the Pletcher horses), along with the favorite Lookin' at Lucky in something exotic and boxy. Strong consideration will be given to Ice Box and Awesome Act and Noble's Promise, the best mudder in the field and at long odds for -- among other reasons -- he's recently recovered from a lung infection. More from Joe Drape's Rail blog if you are so inclined. Update: My 4-2 exacta, a $2 investment, paid $152.40.

-- The Polish Festival in near west Houston and the Dragon Boat Festival at Allen's Landing downtown promise fun with a little cultural exchange.

-- The Frenetic Theater has Projected.2010 happening tonight. Described as a "series of performance-based art and art-based performance", it looks like fun, too. More on this weekend's local art gallery scene from Houstonist (and a hat tip for this portion of the entry).
Posted by PDiddie at Saturday, May 01, 2010 No comments: