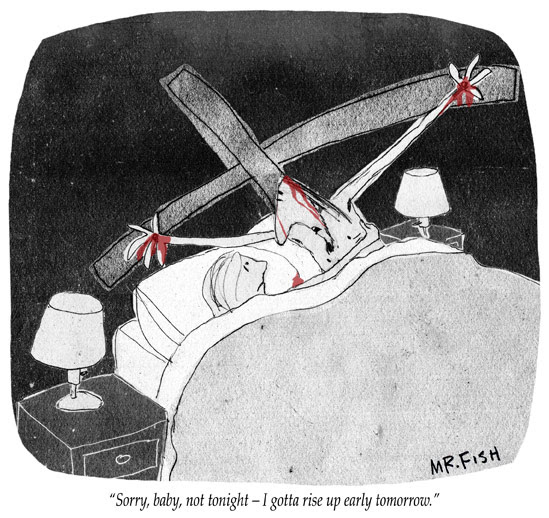 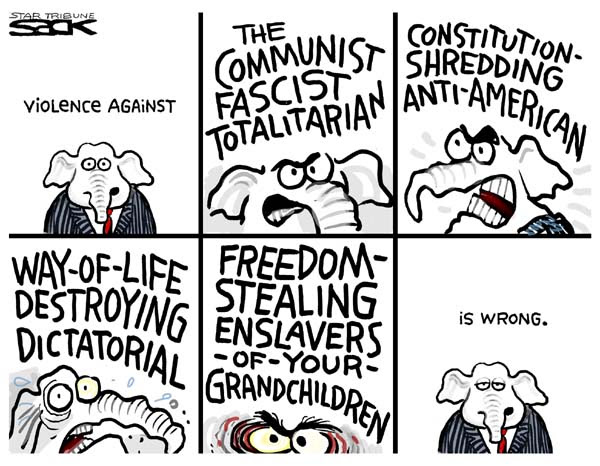 April fools every day of the year

I think they must have left out "Caucasian, obese, and lacking a high school education".

The individuals who make up the Tea Party movement are largely conservative and get their news from Fox; they're generally old and of moderate to low income; and they're fairly convinced that their taxes are going to rise in the next few years, even though they likely won't.

Those conclusions are part of a new study put together by The Winston Group, a conservative-leaning polling and strategy firm run by the former director of planning for former Speaker of the House Newt Gingrich. And they provide a telling new window on the political force that has revamped the Republican Party and altered the landscape of the 2010 elections.

Quick: what was the percentage of those who voted for Debra Medina a month ago?

In the course of conducting three national surveys of 1,000 registered voters, Winston was able to peg the percentage of the public that identifies itself with the Tea Party at roughly 17 percent. (Emphasis mine.) The group pledges that it is independent of any particular party (indeed 28 percent of Tea Party respondents in the Winston survey labeled their affiliation as such). But on pretty much every defining political or demographic issue, the movement lines up with the GOP or conservative alternatives.

Forty-seven percent of Tea Party respondents said that Fox News was either the top or second source of news they turn to, compared with 19 percent of the overall public who said the same thing.

The GOP has even funded paraphernalia at TeaBagger rallies, but don't pay any attention to that. What's important is that TeaBaggers say they aren't Republican.

All these data points suggest that the Tea Party crowd is comprised predominantly of conservatives. And, not surprisingly, the demographics of the movement seemingly align with those who traditionally vote for the conservative candidate as well. Fifty-six percent of Tea Party respondents are male; 22 percent are over the age of 65 (compared with just 14 percent who are between the ages of 18 and 34); and 23 percent fall in the income range of $50,000 and $75,000.


It's the type of group that would likely benefit the most from Democratic governance, with commitments to Social Security, Medicare, and middle-class job creation. But the Tea Party crowd is decidedly sour on the Democratic agenda. Fifty-six percent of Tea Party respondents said they believe cutting spending will create jobs. And while a huge chunk won't see their taxes affected if the Bush tax cuts expire for those making over $250,000, 82 percent think they will, in fact, go up.

You used to have to go deep into the bowels of Appalachia to find ignorance this powerful, but now it is spread far and wide throughout the South, and of course we have our particularly rancid strain prevalent here in Deep-In-The-Hearta.

Update: Geoff Berg of Partisan Gridlock has more on this "oppressed" minority.
Posted by PDiddie at Sunday, April 04, 2010 No comments: 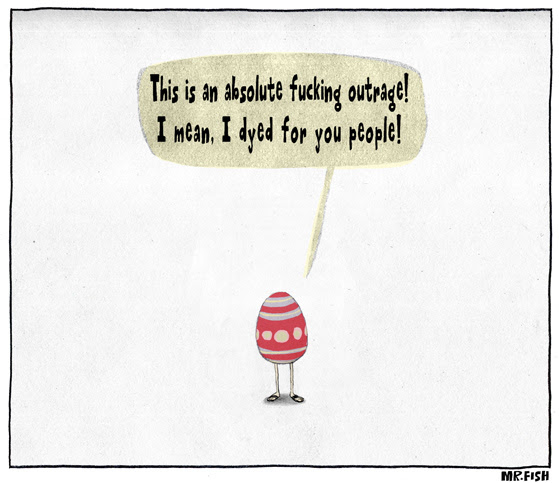 If the Jews hadn't killed Jesus, then there would be no Easter. And that means no Easter Bunny, no Easter chocolate ... and no Peeps.

So thanks, Chosen People! (I'm certain the potential retail sales bonanza was merely an unintended consequence.)

Another observation, this one thanks to Gary Wright: do you think -- had Jesus been capitally punished in, say, the 1960s -- that Christians would be wearing miniature electric chairs around their necks?

It's long been my perception that Christians are only slightly less easily offended by aspersions cast against their Savior than Muslims, who will death-panel a person simply for drawing a cartoon or writing a book. It's those damn Zen Buddhists whose feathers don't easily ruffle.
Posted by PDiddie at Friday, April 02, 2010 No comments: