The credit crisis and recession have slashed more than half the (Dow Jones Industrial) average’s value since it hit a record high over 14,000 in October 2007. And now many investors fear the market could take a long time to regain the lost 7,000.

“As bad as things are, they can still get worse, and get a lot worse,” said Bill Strazzullo, chief market strategist for Bell Curve Trading. Strazzullo said he believes there’s a significant chance the S&P 500 and the Dow will fall back to their 1995 levels of 500 and 5,000, respectively.

The “game-changer,” he said, will be the housing market and whether it can stabilize. A recovery will also require signs of health among financial companies, but so far in 2009, it is clear that banks and insurance companies’ losses are multiplying despite hundreds of billions of dollars in government help.

Since posting this, our little family has secured new corporate jobs and stabilized our incomes, health insurance, and the rebirth of a retirement account. Considering all that we lost, it's nice at least to be back on track. The rest of the country? Not so much.

If nothing else, he's going to have be the fall guy for Bush, Cheney, Rumsfeld, et. al.:

The secret legal opinions issued by Bush administration lawyers after the Sept. 11 attacks included assertions that the president could use the nation’s military within the United States to combat terrorism suspects and to conduct raids without obtaining search warrants. ...

The opinions reflected a broad interpretation of presidential authority, asserting as well that the president could unilaterally abrogate foreign treaties, ignore any guidance from Congress in dealing with detainees suspected of terrorism, and conduct a program of domestic eavesdropping without warrants. ...

Yoo is currently a law professor at UC-Berkeley (a real bastion of conservatism, that institution). He provided the legal cover for Alberto Gonzales to tell the president he could torture, wiretap, and otherwise disregard the US Constitution (of course, even with the tortured justification in these memos, they are all also guilty of crimes against the state and should be arrested, charged, and put on trial. But they won't be, of course). Emphasis following mine:

The opinion authorizing the military to operate domestically was dated Oct. 23, 2001, and written by John C. Yoo, at the time a deputy assistant attorney general in the Office of Legal Counsel, and Robert J. Delahunty, a special counsel in the office. It was directed to Alberto R. Gonzales, then the White House counsel, who had asked whether Mr. Bush could use the military to combat terrorist activities inside the United States.

The use of the military envisioned in the Yoo-Delahunty reply appears to transcend by far the stationing of troops to keep watch at streets and airports, a familiar sight in the wake of the Sept. 11 attacks. The memorandum discussed the use of military forces to carry out “raids on terrorist cells” and even seize property.

“The law has recognized that force (including deadly force) may be legitimately used in self-defense,” Mr. Yoo and Mr. Delahunty wrote to Mr. Gonzales. Therefore any objections based on the Fourth Amendment’s ban on unreasonable searches are swept away, they said, since any possible privacy offense resulting from such a search is a lesser matter than any injury from deadly force.

The Oct. 23 memorandum also said that “First Amendment speech and press rights may also be subordinated to the overriding need to wage war successfully.” It added that “the current campaign against terrorism may require even broader exercises of federal power domestically.”

Mr. Yoo and Mr. Delahunty said that in addition, the Posse Comitatus Act, which generally bars the military from domestic law enforcement operations, would pose no obstacle to the use of troops in a domestic fight against terrorism suspects. They reasoned that the troops would be acting in a national security function, not as law enforcers.

In another of the opinions, Mr. Yoo argued in a memorandum dated Sept. 25, 2001, that judicial precedents approving deadly force in self-defense could be extended to allow for eavesdropping without warrants.

Still another memo, issued in March 2002, suggested that Congress lacked any power to limit a president’s authority to transfer detainees to other countries, a practice known as rendition that was widely used by Mr. Bush.

Other memorandums said Congress had no right to intervene in the president’s determination of the treatment of detainees, a proposition that has since been invalidated by the Supreme Court.

And since Yoo hasn't purchased a large ranch in Paraguay (one of the countries in South America where the Nazi war ciminals fled, because it has a no-extradition policy), then he should be taken into custody before he flees the country.
Posted by PDiddie at Tuesday, March 03, 2009 No comments:

Celebrating the new spring month of March with Texas Independence Day and some blustery cool weather, the Texas Progressive Alliance bloggers round up last week's postings for your Monday morning reading.

McBlogger takes a look at possibilities for 2010.

BossKitty at TruthHugger is sad to see that some things have not changed in the minds of the losers: CPAC Fans Fuse of Hatred - Seeks Civil War.

jobsanger discussed a couple of Supreme Court cases. The first, A Good Supreme Court Decision, denied anyone convicted of misdemeanor domestic abuse the right to own a gun, and the second case, TheRight To Know The Penalties, to be heard this fall, will settle the matter of whether an immigrant defendant has a right to be informed of all penalties that could be imposed in his case -- including deportation.

Off the Kuff takes a look at the push for expanded gambling in the Lege this session.

Can you read this resolution, posted on Bluedaze: DRILLING REFORM FOR TEXAS and find any good reason why Big Oil should get to keep the hydraulic fracturing exemption from our Safe Drinking Water Act? Yeah, TXsharon didn't find one either.

nytexan at comments on the and with no surprise, the world of the GOP is definitely a parallax view.

The Texas Cloverleaf reviews the TX Stonewall biennial conference in Austin and notes who was or wasn't there among elected officials and hopefuls.

WCNews at Eye On Williamson posts on the economic changes that are starting to show up locally in The state of the economy in Williamson County.

Neil at Texas Liberal states his intent to make videos for the blog in Big Texas Liberal Blogging Announcement and Innovation. Also, Neil discusses Ice Age beasts in Massive Fossil Find--Should Ice Age Creatures Be Brought Back From The Dead?

CouldBeTrue of South Texas Chisme is hopeful that the adults will address the drug cartel violence and figure out how to end the war -- the drug war, that is.

Rhetoric & Rhythm laments the fact that George W. Bush has become a scapegoat for the conservative movement. Bush did everything they wanted. It's not HIS fault that their ideas don't work.

Xanthippas at Three Wise Men posted on the mixed bag that is the Obama administration's decision to try captured terrorist suspect al-Marri in the criminal justice system and what this might mean for the future of the "war on terror."

Do you know the real reason John Sharp and Bill White aren't running for governor? Because they're afraid they will get whipped by a girl, just like Rick Perry. So says PDiddie at Brains and Eggs.

Over at Texas Kaos the 2.7 trillion that Duyba forgot to mention as part of his deficit. As Libby tells it, the people who should have been on top of this little detail weren't. "...The bubble dwellers don't know what is going on outside of their self-fixated bubble. Now I understand why President Obama leaves that nutty and toxic place when he wants to speak to real people..."

WhosPlayin has video and commentary on Lewisville's first Barnett Shale gas well.
Posted by PDiddie at Monday, March 02, 2009 No comments: 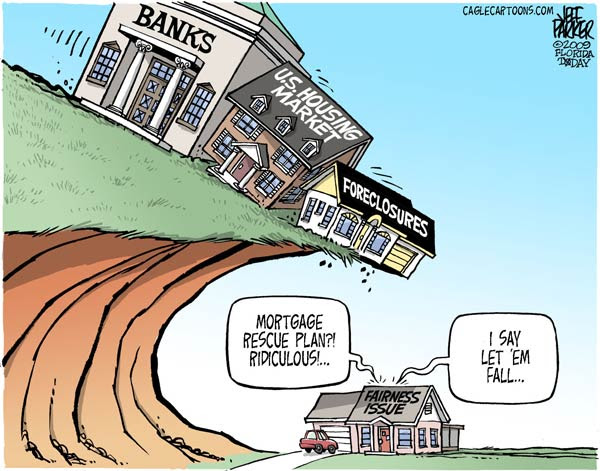