Time for yet another edition of the Texas Progressive Alliance's weekly round-up, including the posts of some our newest members this week.

South Texas Chisme got what they were asking for: a spotlight on the Webb County Sheriff's race. BlackBox Voting's Bev Harris has asked for relevant auditable materials. CouldBeTrue can hardly wait to find out what happened.

WCNews at Eye On Williamson posts on the "rail-rage" that's hitting Central Texas: Rail, Rail, Rail - Do It Right, Not Fast.

President Bush hasn't seen President Medvedev since his 'election' to the Russian presidency. Last week, he had his first opportunity to look into his eyes. Check out McBlogger to see what he saw.

Lightseeker at Texas Kaos tells the chilling tale of Goodhair and the Fire at the Governor's Mansion. Governor Rick Perry didn't light the match, but decisions laid at his door certainly made things a lot easier for the arsonist who did.

The Texas Cloverleaf examines T. Boone Picken's plan to save us from evil oil men and move forward with greener energy.

Texas Senators Cornfed and Bailey scored a perfect ten in synchronized flip-flopping on the Medicare bill last week, shortly after they and the rest of the Republicans exhibited mirror-image coordination on FISA. PDiddie at Brains andEggs has the details.

BossKitty worries about the consequences of revaluing human life in America:Dollar Value of American Life drops - Now What.

Vince at Capitol Annex notes that Texas Senate Democrats have taken a strong stance on calling for reform of the Texas Department of Insurance, with one senator even calling for the Insurance Commissioner to be an elected official.

Off the Kuff had a guest post from Rep. Pete Gallego about the HDCC and its efforts to reclaim the statehouse for the Democrats.

WhosPlayin was impressed that Ken Leach, candidate for U.S. Congress in CD 26 got good coverage in the Gainesville Register, even though his totally honest quote didn't pass the "smell" test.

jobsanger took a look at the lies being told in a McCain campaign ad.

Nat-Wu of Three Wise Men ponders whether long-suffering American Indians could actually make a difference in this presidential election. 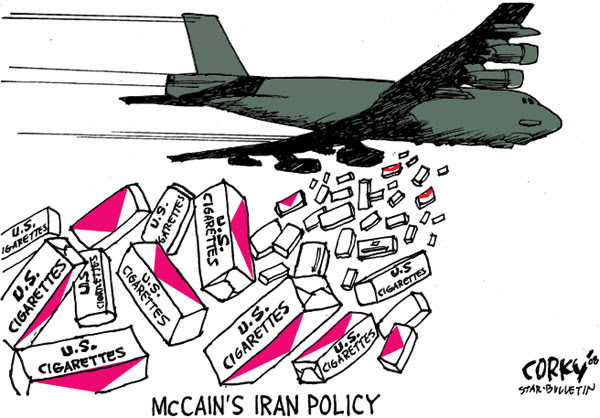 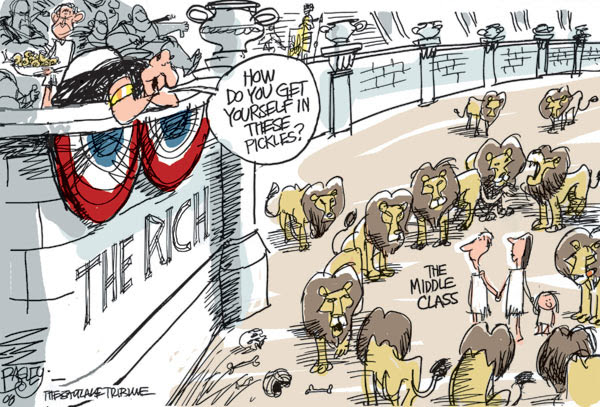 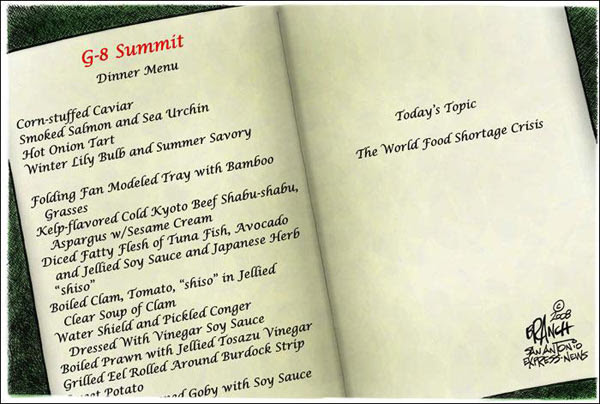 To demonstrate what an uphill task poor John McLame has to win the presidency, this week I moved into the undecided column all states where the polling indicates either a tie (Missouri, North Dakota) or a slim one-point lead for either candidate (Alaska, Indiana, Ohio, and Nevada).

If McSame managed to win them all he would still lose.

They went in threes yesterday:

Dr. Michael DeBakey, the world's pre-eminent cardiologist, at 99 of natural causes (though did undergo one of his own procedures a few years ago).

"As I studied the charts, it occurred to me that no face on them was any more important in the history of medicine than DeBakey himself,'' said (Dr. Sherwin) Nuland, a retired surgeon at the Yale University School of Medicine and author of Doctors: The Biography of Medicine. "I can't think of anyone who's made more of a contribution to the field of medicine.''

Chancellor emeritus of Baylor College of Medicine and a surgeon at Methodist since 1949, DeBakey trained thousands of surgeons. During his career, he estimated he performed more than 60,000 operations. His patients included the famous — Russian President Boris Yeltsin and movie actress Marlene Dietrich among them — and the uncelebrated.

"He was a great contributor to medicine and surgery," said Dr. Denton Cooley, president and surgeon-in-chief at the Texas Heart Institute in Houston and a former rival of DeBakey.

"But he left a real legacy in the Texas Medical Center and at Baylor College of Medicine, where he's brought so much attention," Cooley said. "Together, we were able to establish Houston as a world leader in cardiovascular medicine."

Snow resigned as Bush's chief spokesman last September, citing not his health but a need to earn more than the $168,000 a year he was paid in the government post. In April, he joined CNN as a commentator. ...

As press secretary, Snow brought partisan zeal and the skills of a seasoned performer to the task of explaining and defending the president's policies. During daily briefings, he challenged reporters, scolded them and questioned their motives as if he were starring in a TV show broadcast live from the West Wing.

Critics suggested that Snow was turning the traditionally informational daily briefing into a personality-driven media event short on facts and long on confrontation. He was the first press secretary, by his own accounting, to travel the country raising money for Republican candidates.

Although a star in conservative politics, as a commentator he had not always been on the president's side. He once called Bush "something of an embarrassment" in conservative circles and criticized what he called Bush's "lackluster" domestic policy.

When he made his Yankee debut in September 1965 as a teenage shortstop, Murcer evoked images in the press of a young Mantle. Murcer batted left-handed while Mantle was a switch-hitter, but both were Oklahomans, both had been signed by the Yankee scout Tom Greenwade, both possessed speed on the bases, and both had played at shortstop in the minor leagues. ...

Murcer eventually succeeded Mantle, his boyhood hero, in center field. He never approached a Hall of Fame career, but he proved an outstanding hitter and a fine fielder in his 17 major league seasons.

Murcer moved to the Yankee broadcast booth, as a commentator, the night of June 20, 1983, hours after George Steinbrenner, the Yankees’ principal owner, offered him the job during his second stint with the Yankees, when he was playing infrequently. He teamed at the outset with Phil Rizzuto, Frank Messer and Bill White and remained a Yankee broadcaster most of the time after that until his death.

Murcer recalled how he mangled syntax and offered a few baseball clichés as he learned his craft and how “one critic sniffed that my Oklahoma accent sounded a bit incongruous.” But, as he put it, “I’d spent almost four decades perfecting that accent, and I sure wasn’t going to change now.”