Two months ago, on March 1st, 14-year-old Devante Johnson died of complications of kidney cancer that went untreated for four months as Texas' medical eligibility system left him in limbo, between Medicaid and CHIP coverage.

Earlier today Devante's mother, Tamika Scott joined several members of the Texas Progressive Alliance and spoke about the legislation pending in the Texas Legislature that would prevent other children from losing their medical coverage due to delays, errors, or bureaucratic bungling.

The Texas Senate is expected to debate a bill in the coming weeks that would allow children to re-apply for CHIP coverage once a year (instead of every six months), eliminate a 90-day waiting period, and allow families to deduct child care expenses when determining eligibility. Although the original bill -- HB 109 -- passed the Texas House in resounding fashion, it faces a tough battle in the Senate.

Ms. Scott was joined on the conference call by Barbara Best, the state executive director of the Children's Defense Fund, and Anne Dunkleberg, the associate director of the Center for Public Policy Priorities.

One of the overarching themes of our Republican state government is personal responsibility, particularly in the matter of the CHIP funding. Lt. Governor David Dewhurst has said as much:

"I don't think most people in Texas have a lot of sympathy for someone that can't fill out a two-page application every six months.'' (Austin American-Statesman, January 25, 2007)

Tamika Scott filled out at least five sets of paperwork, but the Houston Medicaid office couldn't even look at one of them for six weeks. Their office is so inundated that it is impossible to reach them by phone.

Children are dying while office workers sift through paperwork, far behind schedule. And whether those clerks are good, hard-working people or not isn't the point. This is the kind of environment that our Republican state leadership has fostered. You could call it an unfunded mandate, but it seems more like planned incompetence to me. There are naturally many examples, but I'll cite just one more: my beer buddy Pete at Perfectly Cromulent shares the story of his daughter's illness, which is similarly impacted by a different piece of legislation.

Is this the Texas we can all be proud of? The one that simply refuses to pay for our children's education, their wellness -- hell, even the cancer that's killing them?

Please contact your representatives and tell them if it is not.

Update: Corrie MacClaggen of Postcards from the Lege points out that time is running out on the bill. Vince has noted the 17,000 Texas children kicked off CHIP just this month for clerical errors. It bears repeating that denying children health care because of paperwork is just not a classy thing to do.

Q. Which of these things is not like the other?

A. The missing weapons of mass destruction -- you know, the ones hiding in Syria now -- actually could have been a problem at some point.

The other two are nothing more than conservative contrivances. Imaginary issues, in the mind of deluded conservative thinkers (oxymoron alert).

There is no mass voter fraud problem in Texas. There are no cases of voter impersonation that have been claimed or proven. There is no effort to steal the elections in Texas by getting people who aren’t citizens or who aren’t eligible to cast votes for anyone! There are already laws in Texas that require a voter to show an ID when they vote in Texas. These laws are working! We do not have any such problem!

But there is voter intimidation in Texas, and there have been situations where people have been turned away from the polls or have been forced to vote with a provisional ballot (of which 20% or fewer are counted). Texas has been and continues to remain subject to the Voting Rights Act because of our history of voter intimidation and voting rights abuses.

Maybe that is why Texas is second in population but only fifth in the number of voters who do vote.

Creating barriers to voting, no matter how well they are disguised, is still the wrong direction for us to take in Texas.

Now then, to the matter of undocumented workers:

The reason a certain cabal of certifiably insane Republicans despise Bush for not taking the action they desire is because Bush isn't going to piss off Bush Pioneers like "Swift Boat" Bob Perry, whose source of cheap labor to build his cheap homes would evaporate.

"Illegal immigration" isn't a problem to the country-club Republicans who run business in this country, it's only a problem to the GOP's bigot caucus. A substantial voting bloc, true, but since they don't have any money ...

Any questions, class?
Posted by PDiddie at Thursday, May 03, 2007 No comments: 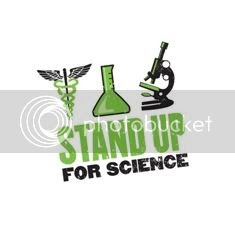 The Texas Freedom Network, the League of Women Voters, and a panel of medical experts will host a town hall meeting on stem cell research tomorrow evening in Clear Lake.


If you think it's time for Rick Perry and Texas elected officials to develop a responsible, ethical public policy that encourages this promising research, then sign their petition and join us Thursday evening at 7 p.m. at the Bay Area Unitarian Universalist Church, at 17503 El Camino Real (77058 if you're mapping it).


Stem cell research shows potential for discovering cures for a wide range of debilitating ilness and disease including diabetes, from which I suffer.

Senate Democrats at the Alamo

All that stands between democracy in Texas and the most vile voter disenfranchisement legislation imaginable is Mario Gallego's newly transplanted liver:

A Senate committee has passed the controversial, partisan-charged voter identification bill, but Democrats are vowing to do whatever it takes to block it.

Their success will depend on whether Sen. Mario Gallegos Jr., D-Houston, who has missed most of the session recuperating from a liver transplant, can make it back to work for the vote.

All 11 Senate Democrats are needed to block the bill from coming to the floor for debate, where the Republican majority will easily pass it.

"I'll be here," Gallegos promised Tuesday from the Senate floor, where he put in a full day against the advice of his doctor.

Republican Lt. Gov. David Dewhurst promised to give Gallegos 24-hours notice before the bill hits the Senate floor — but only once, and that came Tuesday.

There won't be another notification should the bill be delayed today.

If this bill passes the Texas Senate, I would go so far as to say that the Republican party in Texas will become that permanent majority Karl Rove desires for another generation. Or longer. Essentially the rest of my life (and I'm not quite fifty). And I was feeling so positive just a few days ago.

And every Texan should understand what that means: a woman's reproductive rights completely eliminated; forced prayer in every public venue, conducted by fundamentalist zealots wearing sidearms; the absolute worst possible conservative nightmares that you have ever dreamed coming true. Wholesale deportation of every brown person they can't shoot. Homosexuality outlawed. Non-Christian worship intimidated at best and banned at worst. Pretty much everyone that doesn't conform to their view rounded up, deported, spied upon, arrested, tried, convicted and imprisoned.

3-D neo-conservative theocratic fascism, coming to your town, your home, your bedroom.

I want to be wrong but it feels to me like this is the Alamo, people.

(If you're a semi-regular reader around here, you don't need reminding why this bill is bad news in the first place, but in case you do Eye on Williamson, Kuffner, and Vince have been all over it.)

Tell me I'm overly concerned (as long as you're not a goonbat). No, really. Convince I'm worried about something that isn't so serious as I think.

Really. Don't assuage me, persuade me that I'm mistaken.

While I wait for your argument I'll make my disaster preparations, if you please.


Update (6 p.m.): It's always nice when you're able to provide a little ray of sunshine into a pathetic child's life.
Posted by PDiddie at Wednesday, May 02, 2007 No comments: